Real. Raw. Emotion.  Those are the three words Dierks Bentley uses to describe his new album, "Riser."  Watch the live stream below where he chats with fans and answers questions from the set of filming the video for the first single from the CD, Bourbon In Kentucky.

Dierks is wearing a harness even during this 12 minute break from the video shoot that's really "cinched up."  The director (Ryan) explains:

"I probably wouldn't be able to do this with any other artist. But he's like so chill and ready to go...we're gonna make him float, which is really cool...fly."

Posted by DB Congress at 10:40 PM No comments: Links to this post

Happy Fathers Day to our prez, Dierks Bentley!  God bless his dad, Leon (rest in peace) for bringing us such a wonderfully talented artist with great character as a father, son, husband and friend.

We wish all our DB Congress reps a happy father's day with their families and all our Team Dude friends a fantastic day off with their kids and dads! Thanks for all you do to entertain us all year long!
Posted by DB Congress at 10:41 AM No comments: Links to this post 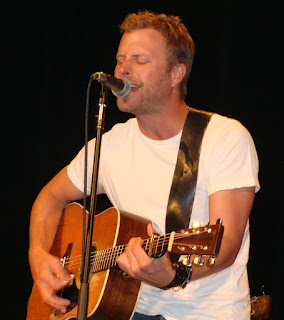 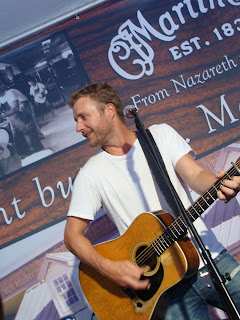 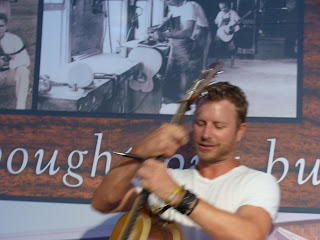 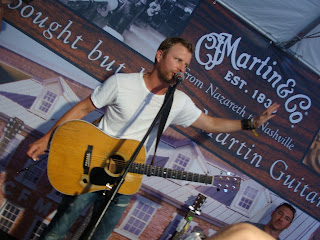 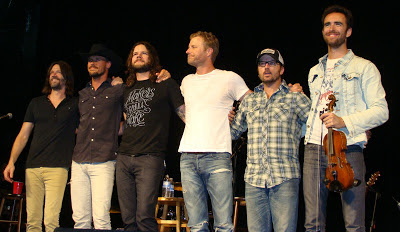 Posted by DB Congress at 3:22 PM 3 comments: Links to this post 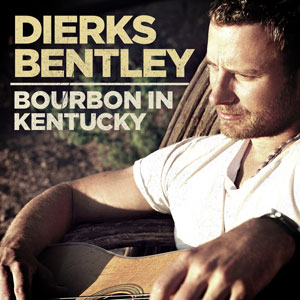 We love his slow songs, and we love his fun upbeat numbers, so when the rumblings of a new single began swirling, we definitely got excited. Last week, Dierks started the countdown on Twitter, tweeting that something was happening in 7 days. That something was what any die hard Dierks fan wanted to hear: new music. The song, "Bourbon in Kentucky," premiered at radio 2pm CT Tuesday, May 28th.

Like all good Congress members would do, we glued ourselves to our radios, computers and car stereos and waited in anticipation for the song. "Bourbon in Kentucky" surely did not disappoint. On first listen, you knew that the song, written by Ryan Tyndell, Hillary Lindsey and Gordie Sampson was undoubtedly a Dierks Bentley song. Yet, you could tell that there was also something fresh about it.

With this new album, Dierks is working with a new producer: Ross Copperman. Recently, DBC had the opportunity to do an exclusive interview with him, which you can read here. The dramatic and unique beginning of the song builds like a good story both lyrically and sonically and the rock-esque guitar solo adds edge. Like DBC Rep Stephanie Lanham said on Twitter, "I've decided that if "Trying To Stop Your Leaving" and "Wish It Would Break" had a baby, it'd be "Bourbon in Kentucky."

The song is not a fun filled ride like 5-1-5-0, but it does take you on an emotional ride: one about love and loss and that unbearable heartache it brings. Dierks in his low and raspy tone, sings sad, empty, and vulnerable. You truly feel every word in your core. Kacey Musgraves provides a soft background vocal that lets you hear the female's pain, but never in a way that takes away Dierks' lead.

Dierks has always done slow heartache songs well, in this one for sure he has another hit on his hands. You can stream the song in its entirety at Dierks' official website. The official radio add date for the song is June 10th, but you can start to call, tweet and FB your stations to request it now. We are.

In my arms, in my bed
Yeah to hell with all the rest
Once you've had the best, nothing else will do
What's the use