Grammy Nominee Ends 2014 On "Best Of" Lists
By iTunes, Rolling Stone And Billboard 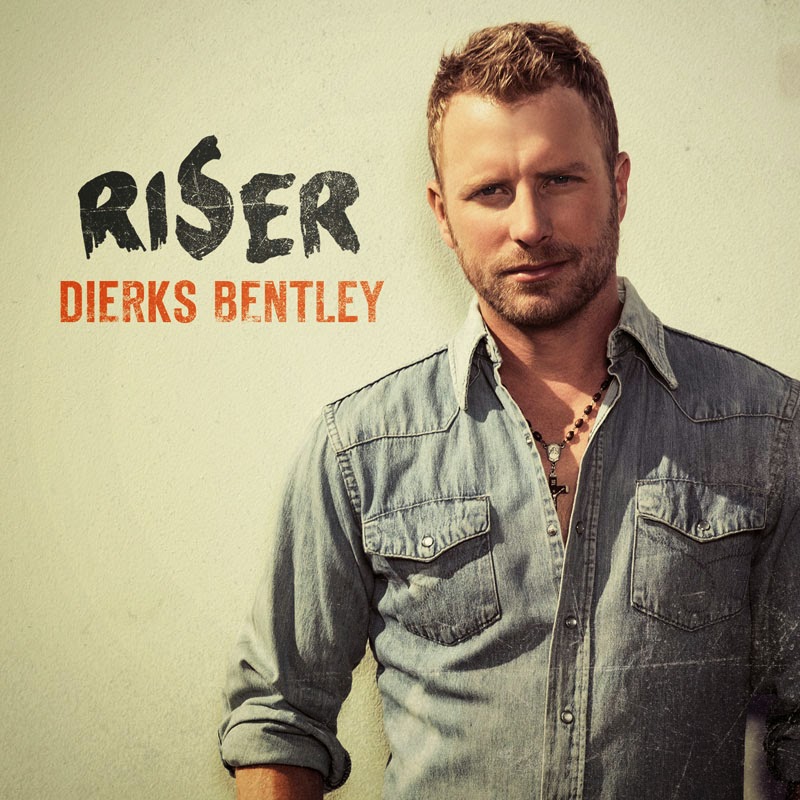 Nashville, TN – Dec. 18, 2014 – When Dierks Bentley titled his seventh album Riser, the point was to call attention to the resilience and determination at the core of life. But the title took on a second meaning over the course of 2014 as Bentley became country music’s most impressive riser, catapulting an already successful career into one that blends his long-held critical acclaim with A-level commercial success.

“We put the music first,” Bentley told Billboard, “and when you do that, good things can happen far beyond what you could actually try to make happen.”

To watch a recap of Bentley's unforgettable year, click here:

Bentley’s album managed to balance the strengths of country music, focusing on powerful, reflective material prompting USA Today to note "Bentley bares his soul" while deftly weaving in some lighter material to bring an ironically comedic twist. Bentley’s success was evident during awards season as Riser notched GRAMMY and CMA Nominations for "Best Country Album."  Additionally, the album's first two singles "I Hold On" and "Drunk On A Plane" scored nominations on their own, to make the singer/songwriter the most nominated male artist at this year's annual CMA ceremony.

Bentley and the album certainly connected and with the first two songs, he became one of only three country acts to register two Platinum No. one singles during 2014, giving him a career total of 12 radio chart toppers and pushing digital downloads beyond the 2 million mark.  He anchored high profile television appearances on Good Morning America, Today, The Tonight Show Starring Jimmy Fallon, The View, The Late Show with David Letterman, PBS Front and Center, The CMA Awards, The ACM Awards and the CMT Awards shows, and a special episode of CMT Crossroads with OneRepublic, among others.

Bentley’s music and fortitude collided for his inaugural amphitheater headlining tour, taking him to new heights as capacity crowds reached upwards of 21,000  in venues across the country.  The tour left music critics inspired, praising Bentley for his “high-energy and emotion-packed” sets (San Diego Union-Tribune) and noted he "rose to the occasion like a pro, as though headlining is what the man was born to do” (Arizona Republic).

“I’ve always done my own thing, and it’s led me here,” says country’s Riser. “I wouldn’t change anything about it.  It seems like so much came together all at once, and it truly has been a year I will never forget.”

As 2014 winds down, the Capitol Records Nashville's artist lands among the year’s top albums, featured by iTunes, Rolling Stone and Billboard on their "best of" year end lists. The year marks $3 million in charitable donations raised by his annual Miles & Music For Kids event, a passion project now in its ninth year and benefitting the Monroe Carroll Jr. Children's Hospital at Vanderbilt, and 2015 will kick-off with a weekend stacked full of performances and appearances at the Super Bowl when it descends in his hometown of Phoenix at the end of January. For more information and for a full list of upcoming appearances, visit www.dierks.com.
Posted by DB Congress at 8:22 PM No comments: Links to this post 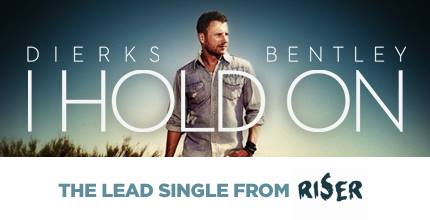 DIERKS BENTLEY ASCENDS BEYOND THE
PACK TO EARN TWO PLATINUM CERTIFIED
NO. ONE HITS IN 2014

Nashville, TN – Dec. 3, 2014 – Momentum for singer/songwriter Dierks Bentley continues to build as he becomes one of only three country artists to earn two RIAA certified PLATINUM and No. one radio singles in 2014. "I Hold On" was certified PLATINUM this week and now joins "Drunk On A Plane" to give Bentley two of the year's biggest back-to-back hits. He joins Luke Bryan and Florida Georgia Line as one of only three artists to accomplish this in 2014.

"When Dierks played us the ‘RISER’ album for the first time, we knew it was something special,” commented Cindy Mabe, President, Universal Music Group Nashville. “But having two back-to-back #1 Platinum hits within a year shows the real power of how Dierks’ music has resonated and how he’s connected with the fans."

In addition to his success on the sales and radio charts, Bentley was also recently honored as a songwriter for both tracks by the NSAI as two of this year’s 10 Songs I Wish I’d Written, an honor voted on by other songwriters.

Bentley’s latest single “Say You Do” is now available at Country Radio as he wraps the second leg of his  2014 RISER TOUR this weekend in Canada amid sold out crowds. For more information, visit www.dierks.com.

Posted by DB Congress at 8:11 PM No comments: Links to this post