Dierks Bentley got soaked to the bone in Seattle, but he didn't settle for a slow down. Instead he raised over $50,000 for Seattle Childrens Hospital with the help of about 6,000 bikers and fans. Bentley's Miles & Music For Kids event at the Puyallup Fair in Seattle, Washington on Saturday, Sept. 18, continued despite heavy rains. (Photo credit: Elizabeth Longanecker)

"Rainy days arent typically when most people are itching to get out the motorcycle for a leisurely afternoon ride," laughed Bentley. "But...we've come to learn over the last few years of putting these rides on that motorcycle riders may look big and bad, but they have a heart of gold, and it would take a lot more than a little rain to deter them. I want to thank all the riders and fans that came out and got soaked with us. We had a blast!"

A few of our very own DB Congress Washington reps participated in the event in person--Beth and Pearl.

I first met Beth (PuyallupGal) through dierks.com 5 years ago. I quickly realized she was a die-hard Dierks fan from day one and I learned a lot from her about the background of Dierks' career. She travels all over the country to see Dierks and was excited to have him perform only 3 miles from her house--and she had a front row ticket! Here's what she told me about the MM4K event:

"It had been 7 1/2 years since Dierks played his first performance at the Puyallup Spring Fair, and it was very exciting to not only have him back in Puyallup again, but to have him back for such a wonderful cause. Supporting Seattle Children's Hospital was certainly a bonus to purchasing a ticket to this show but to see the way Dierks' career has changed since that first show in April of 2003, made Saturday a very memorable night. Personally, the VIP acoustic performance prior to the concert was the highlight of the night for me as it is rare to have an opportunity to hear the songs stripped down in such a small setting. In true Washington fashion, the rain started coming down around 3PM and didn't let up all night. But it certainly didn't stop the 6,000 fans from coming out to see Dierks and the boys put on a GREAT show & support an even better cause!" A few of Beth's photos are below: 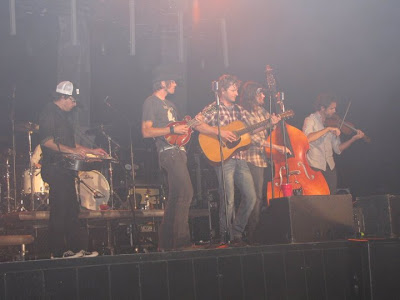 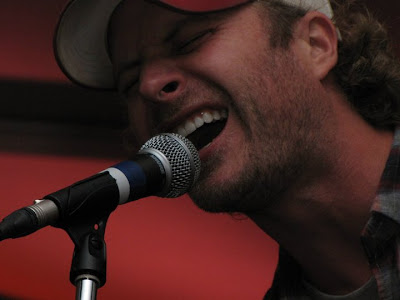 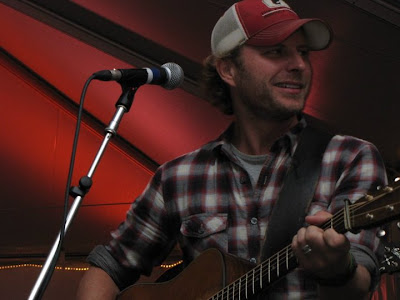 Pearl says, "Dierks was incredible as always. He's such a ball of energy!!! I can never pick just one picture, so I wanted to send all of my favorites. By the way, the first picture below is him commenting on the rain and the fact that we were enjoying standing out in it! He wanted to join us! The next one is Dierks sitting in front of the drums and listening to the audience sing, 'All My Exes.' He said they sang that song on one of his first visits to Seattle at the ShowBox."

Enjoy all of Pearl Sumpter's photos: 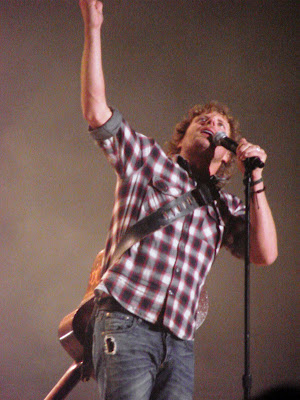 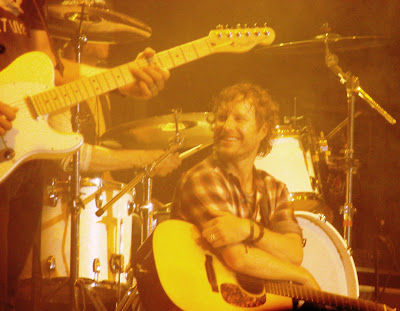 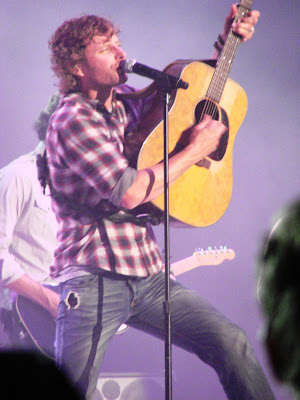 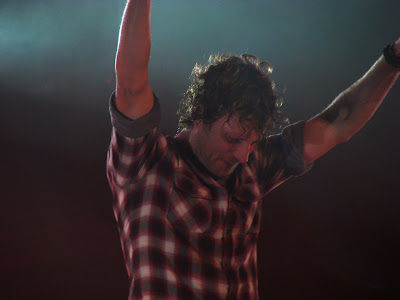 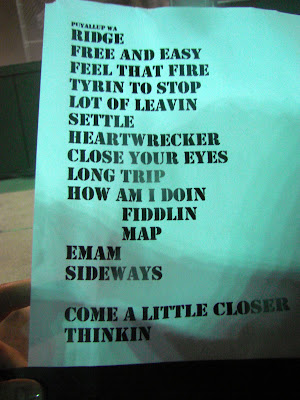 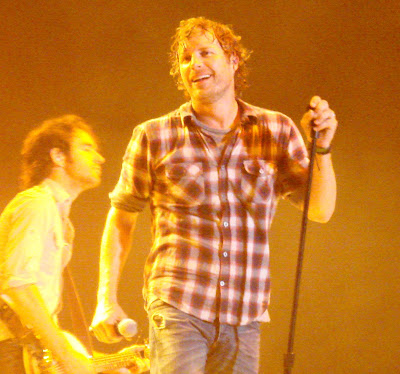 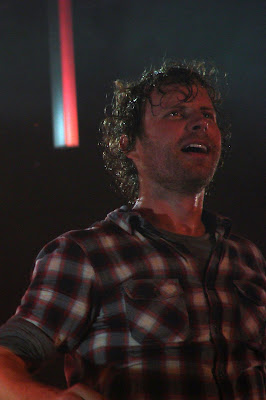 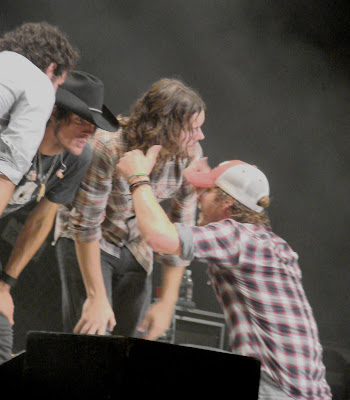 Last year, Bentley joined forces with Nationwide Insurance, CMT ONE COUNTRY and the Children's Miracle Network to expand the successful "Miles & Music for Kids" event to six cities across the country in 2009 and 2010, with all proceeds benefiting Children's Miracle Network hospitals in those areas. Since it began in 2006, "Miles & Music for Kids" has raised over $1.3 million. The 5th Anniversary event will take place in Nashville, on October 17.
Posted by DB Congress at 8:35 PM