The 44th annual Country Music Association awards have come and gone. The day started off on a good note with a bright and early performance on Good Morning America. Dierks played 3 songs, including the current single, 'Draw Me a Map.'

In case you missed it on tv this morning, click here to see the rest of Dierks' GMA performance.

Once it was time for the actual awards show, Dierks walked the black carpet in style. He cleans up nice, huh? He mentioned on CMT's coverage of the black carpet that he was more than ready to put his jeans and plaid shirt back on though. 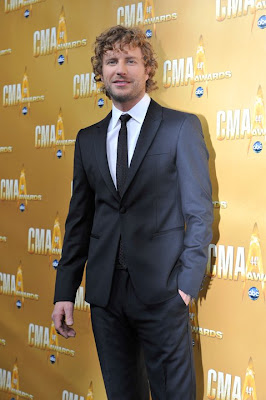 Once inside for the awards, sadly Dierks' name was never called to receive an award, but I don't think I'm alone in saying it was nice to hear his name on several lists of nominees again!

The night ended with a great performance of the title track from 'Up On the Ridge.' Complete with a group vocal intro, and plenty of fog, Dierks and his band turned out what I believe was one of the best performances of the night, all bias aside. It was refreshing to hear a fiddle at a country music awards show. 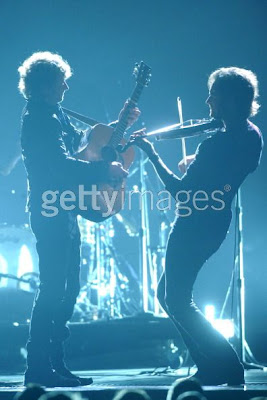 And even though he didn't win any awards, after the show Dierks was a trending topic on Twitter! 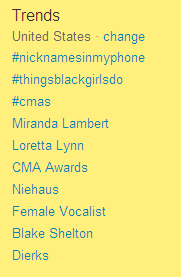 You'll get them next year, Dierks!

-Stephanie, DBC Historian
Posted by DB Congress at 12:15 AM