February of Firsts For Dierks 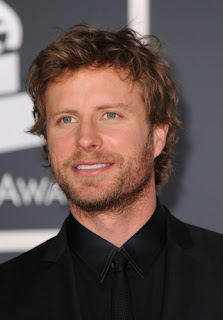 After an emotional week long live video (and sometimes audio) feed from the recording studio in Asheville, NC, Dierks Bentley has a February full of firsts ahead of him.  Not only has no other artist ever invited fans into the recording process as they were working on an album, but modern technology allowed him to interact with fans through the U-Stream chat as well, throughout the week.  It was an awe inspiring experience to say the least!

As if that wasn't enough, Dierks will perform along with Jack Ingram at the "Bud Light Hotel," dubbed the biggest tailgate party in Dallas, prior to Super Bowl XLV on Sunday (Feb. 6). The performance will air online here.

That takes us to Feb 12, where Bentley will travel to Los Angeles for a Dierks Bentley & Friends pre-GRAMMY show at the Troubadour before presenting on February 13 at the 53rd Annual GRAMMY Awards live on CBS. Bentley is nominated for Best Country Album for his critically acclaimed "Up On The Ridge," and Best Country Collaboration With Vocals for the album’s “Bad Angel” featuring Miranda Lambert and Jamey Johnson and “Pride (In The Name Of Love)” featuring Del McCoury and Punch Brothers. *Fingers crossed for the10-time Grammy nominee to bring home a trophy!

Another first for Dierks includes a commission by NASCAR to record a special version of his Number One hit, "Sideways," for Fox Sports in 2011. The song will be the theme song and air prior to all races throughout the season. Bentley will debut the song live from the Daytona 500 on February 20.  FOX is the exclusive television home to the Daytona 500 along with 12 other point races during the year.

We are so proud of our DB Congress President and wish him luck on all his "firsts" in February 2011!
Posted by DB Congress at 11:48 PM