DB Congress "On Board" for Dierks Bentley in St. Augustine

Several members of the DB Congress didn't want our money back so we were standing--front-row--in Party Pit Left for the St. Augustine show, hoping for a little Dierks Bentley attention Saturday night.  With a lot of inspiration from his new single, "Drunk On A Plane," included on his number one album, Riser, in true DBC fashion, we decked out to fit the lyrics to the song, and show we're "on board!"

Little white tank tops and shirts, mardi gras beads and mini bottles were topped off with a pilot's hat as soon as we heard the opening notes to the song.  Before Dierks started singing, he looked over at us and noticed we had put on the hats and he started laughing and shaking his head, making it hard for him to sing, "I took two weeks vacation for the honeymoon..."

One of the great talents Dierks has is multi-tasking while performing.  We tossed a hat up on stage and he caught it mid-air and put it on without missing a beat.  That didn't last long, as he decided to make his bass guitar player, Cassady Feasby, wear it instead. He even tweeted us after the show. 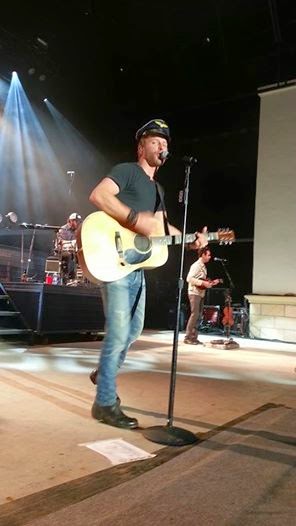 It's Mardi Gras up in the clouds
Mardi Gras beads were tossed up and he looked all around for them on the stage - still singing - then scooped them up and strung them on the neck of his guitar.

Now I've got empty mini bottles fillin' both our trays
But what really got the party rockin' like a G6 was the mini-bottle of Fireball.  Dierks downed one and pretty soon "I'm up so high, I may never come down" wasn't just a lyric, but reality. 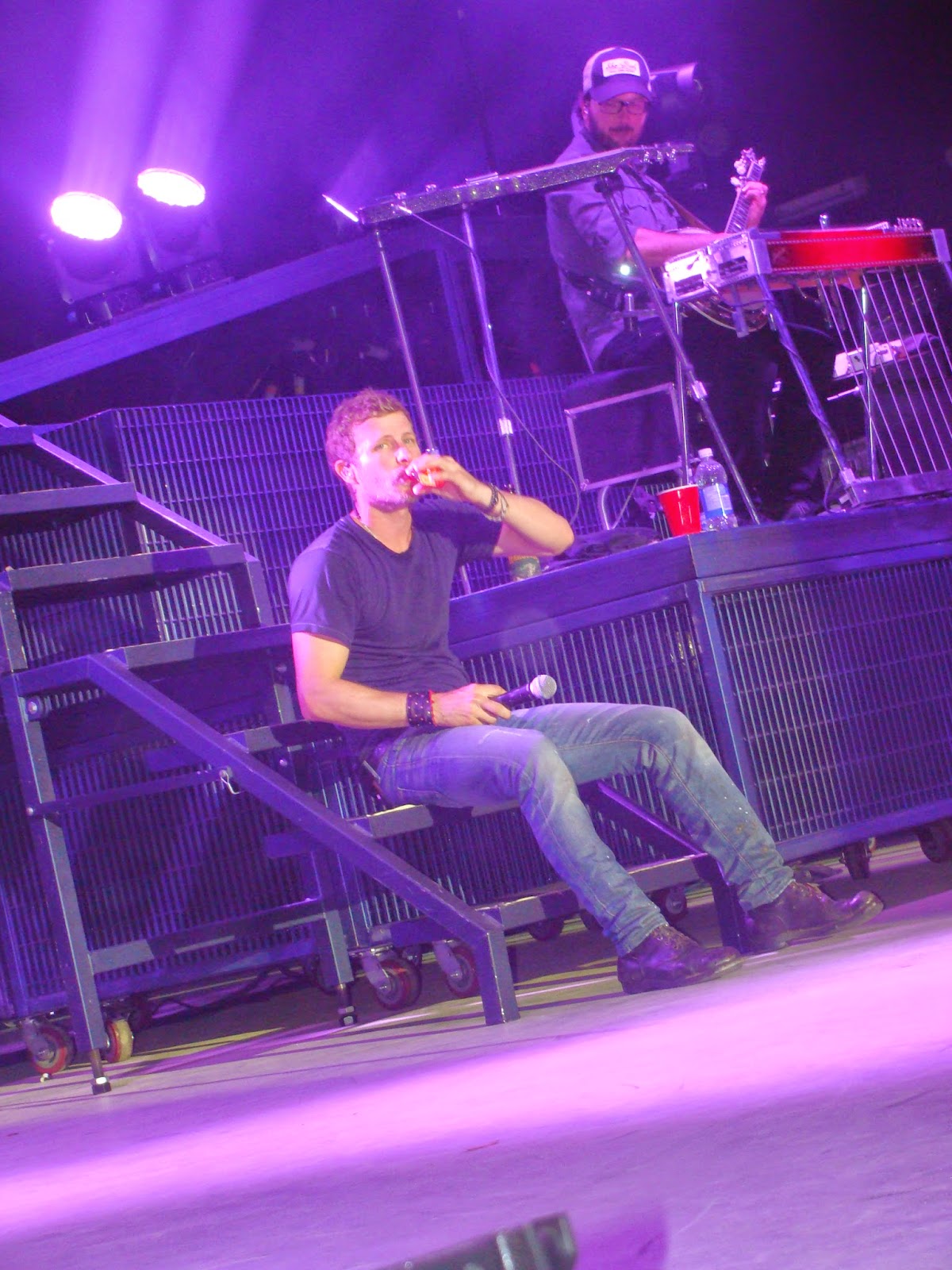 After that the show kicked in high gear, until Settle For A Slowdown, at which point Dierks came over and gathered us all in a semi-huddle, all hands in and sang, "I held on longer than I should, hoping DB Congress wouldn't change their mind." 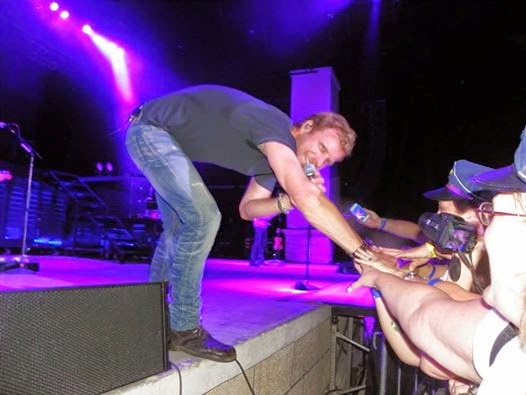 After all the attention up front, it was time for some "Up On The Ridge."

An impressive twist unfolded when Dierks and all the guys in the band, except drummer Steve Misamore, walked down the stairs, playing their instruments impeccably, and kept walking all the way up to play for the near-nosebleed section of the amphitheater.  Talk about an up close and personal connection with the crowd!

The full 90 minute set also featured his latest number one single, "I Hold On," "Home," which had the whole place lit up with cell phones and a single-hopeful for us, "Riser," resonated such strong emotion from Dierks you could see the veins nearly pop out of his skin.

At times the crowd was so loud it was deafening--music to my ears!  Don't let anyone tell you Dierks Bentley is a good entertainer. No.  He is so much more.  His personal connection with every person in the venue makes his vocal that much sweeter.  And he surrounds himself with the most talented musicians in the business.  We love them all and thank them for a unique experience every time.

It's why we are Dierks fans for life!


*Special thanks to Meredith for ironing on the logos in the parking lot and Sherrie for the Pilot hats and beads!
Posted by DB Congress at 11:01 PM