There's a line in 'Lot of Leavin' Left to Do' that says "there's at least another million miles under these old bus treads." Apparently Dierks knew what he was singing about and if you're even a slight fan of his, then chances are you know he has a nickname for his bus. Old Goldie recently turned over her 1 million mile mark on the road home from the Canadian leg of the Country and Cold Cans Tour.

Dierks was tweeting throughout the night as the bus inched closer and closer to the milestone. 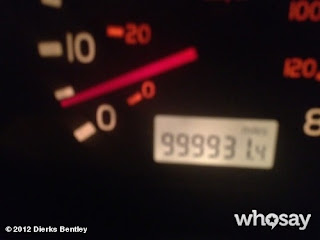 "could have leased a new bus a long time ago but I like buses, guitars, boots, etc with stories and character. happy 1 MILLION MILES GOLDIE!" 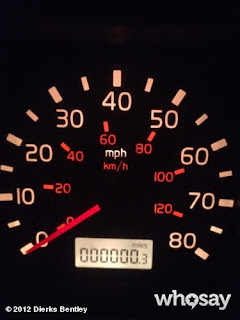 "anyone want to buy a brand new bus!?!? thanks to our bus driver superman (ken) for keeping us safe all these miles"


Here's to a million more for Old Goldie...and we're sure every mile was truly a memory.