As you all know, the Locked & Reloaded Tour kicked off last week in Columbia, SC. Lots of DB Congress members were able to make it to shows during the kickoff weekend between Columbia, Knoxville, TN; and Roanoke, VA.

I went to the show in Roanoke on Saturday night, and had heard a few "spoilers" about what to expect in the show. By now you've heard that they're using video elements (which I really, really liked - they enhanced the show, rather than distracting from it), a larger stage (I'm 95% sure that Dierks will fall on those stairs at some point...) and perhaps about Dierks giving away a guitar every night.

As usual, Dierks and the band gave a high-energy performance, that kept the sold-out crowd on hand dancing in their seats and on their feet. The set kicked off with Am I The Only One and included new hits like 5-1-5-0 and current single Tip it on Back, as well as old favorites such as Lot of Leavin' Left to Do, Every Mile a Memory, and Come a Little Closer. Up on the Ridge is always a crowd favorite, and on the new stage with the awesome full-moon-and-woods backdrop it really transported the crowd to the ridge with Dierks and the band.

However, the highlight for me, and for the fellow DBC reps I was with, was the addition of a new song, "I Hold On." I had heard rumblings of a new song being performed and had my camera locked and loaded (pun intended!) and ready to record the new song. Dierks introduced the song by saying that after his dad passed away last year, he wanted to write a song. He went on to say that if there was a song he'd written that he could play for anybody to tell them what he's all about, this would be that song. The song is, in a word, fantastic. Check it out and let us know what you think in the comments!

Another favorite moment for me was during "Home" with all of the cell phones lit up.

If you go to any of the shows on the Locked & Reloaded tour, make sure you stay all the way through Miranda's set, because you'll see some familiar faces during the encore - the show closes with a rousing rendition of "Bad Angel" and includes Miranda's full band as well as Dierks' full band. In the pic below, you can see that Steve, normally our favorite drummer, was "playing" the banjo. Hmmm...

All in all, the show was great. Dierks and Miranda compliment each other well and they work well together as performers - and they both seem like they are genuinely enjoying themselves. My only complaint? Not enough Dierks! But I guess that's how it always goes... 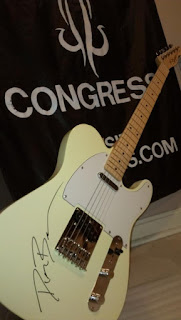 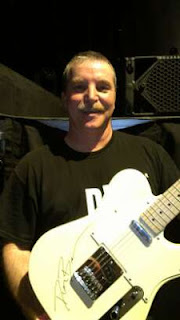 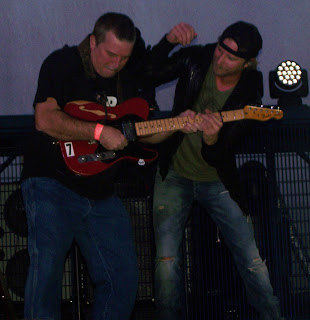 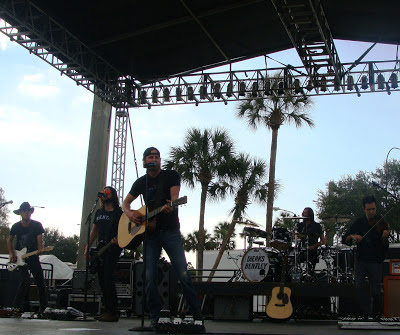 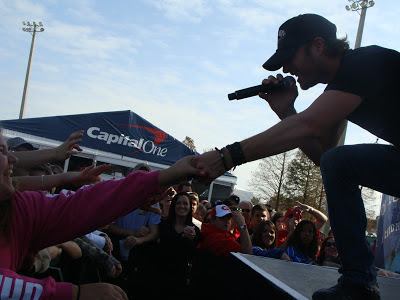 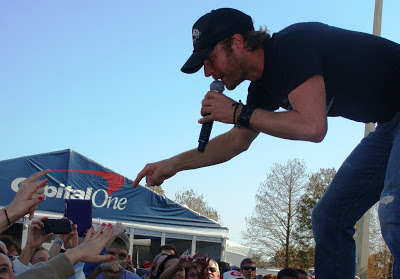 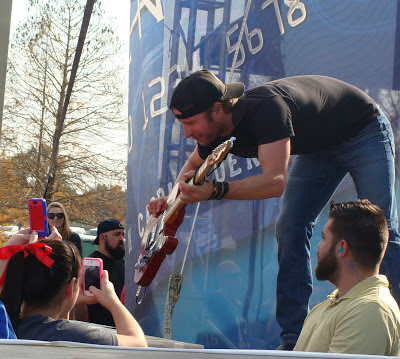 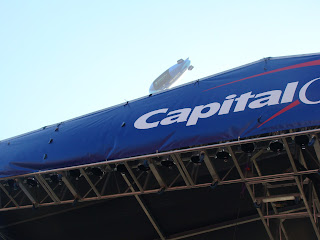 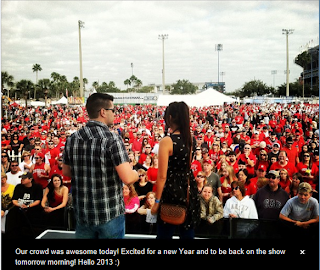 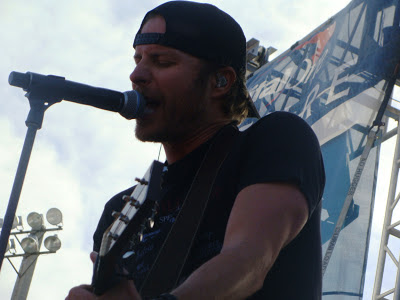 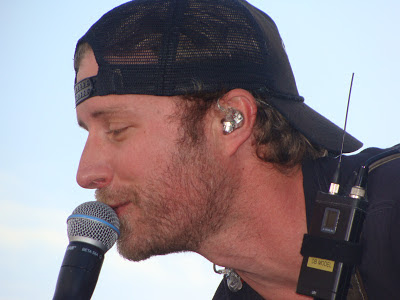 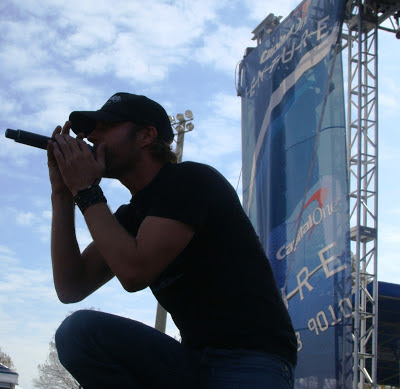 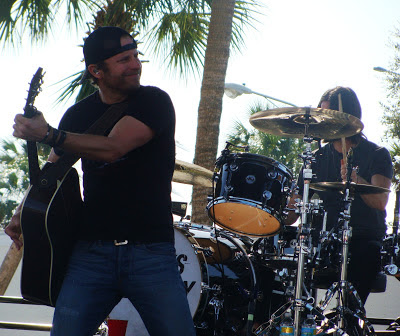 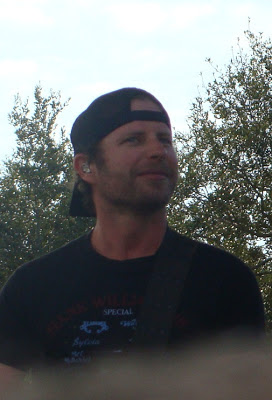 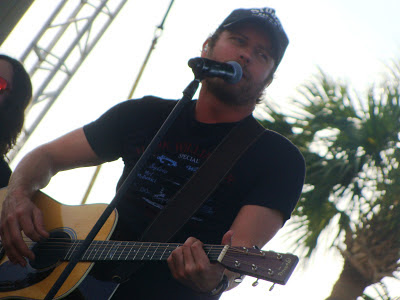 As many of you know, Dierks Bentley has a tradition of jumping in a freezing cold lake in Nashville every New Years Day. But this year he was in Orlando, Florida, so the water wasn't so cold in Lake Eola, but maybe not as clean? The cool thing is, a donation of $20,000 is going to Partner For Surgery, Fife Bentley's charity (Dierks' brother).