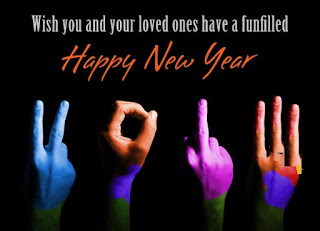 What a crazy but memorable 2012 for DB Congress!  We'd love to know your favorite DB memories!  Go to our Facebook or Twitter page and post your comments and pictures and you could win a prize!  Be one of the top 3 with the most "Likes" or "Retweets."

We hope you all have a happy and healthy new year and that 2013 brings you good health and lots of awesome Dierks Bentley memories!

When it's Christmas morn, or the day is new

That's how you know, I'm thinking of you


Merry Christmas, congress! Your dedicated daily support of  Dierks is phenomenal and never ceases to amaze me! It's very much appreciated!  Have a blessed holiday season and prosperous new year filled with DRTs!

~Ronna
DB Congress Chair
Florida
Posted by DB Congress at 7:03 AM No comments:

You might remember how Dierks Bentley and Lady A's Charles Kelley are good friends.  That friendship was tested in the latest Lady Antebellum webisode, where Dierks gets egg on his face! Watch below!

Posted by DB Congress at 4:19 PM No comments:

Halftime Songs to be Performed by Dierks

We're guessing "Am I The Only One" and "5-1-5-0" are the two songs Dierks Bentley will perform at the Capital One Bowl Halftime Show on January 1, 2013!  We found videos on YouTube where the All American cast members were practicing their choreography for cheer/dance, twirl and flag routines for both songs!

Cast member choreography training for the 2013 Capital One Venture Card All American Halftime Show in Orlando, Florida on Jan. 1, 2013. The Capital One Bowl football game is broadcast live on ABC-TV.

Looks like quite a production!  Who will be there in person?

Posted by DB Congress at 3:59 PM No comments:

Email ThisBlogThis!Share to TwitterShare to FacebookShare to Pinterest
Labels: 5-1-5-0, All American, Am I The Only One, Capital One Bowl, cheer/dance, choreography, Dierks Bentleyk, flag, football, halftime show, twirl

From the Ryman in Nashville,Tennessee to Anchorage, Alaska and even down under in Australia, Dierks Bentley was all over the world in 2012!  How many of these memories did you experience in person? Leave a comment!

You can vote for your favorite 2012 memory on our Facebook page!
Posted by DB Congress at 3:18 PM No comments:

Posted by DB Congress at 3:09 PM No comments:

Video: Dierks Bentley Talks About Performing at the Capital One Bowl

Want to ring in the New Year with Dierks and football? Here's your chance to do both on January 1, 2013!

Dierks is excited to be headlining the half-time show and a full concert at the pre-game fan fest at the Capital One Bowl in Orlando, Florida.  Check out this video with Dierks talking about the big day. He even calls out DB Congress!

"Leave the stereo at home...I'll take care of the tunes."


Dierks will also be performing at the BCS National Championship Game in Miami, Florida on January 7th.

Tickets for Jan. 1 are available on ticketmaster.com. 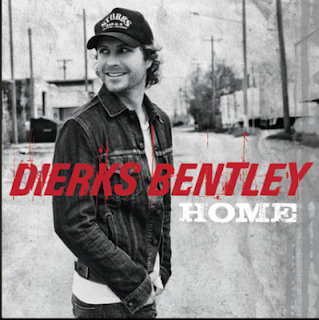 Blogs are popping up all over the web listing their best albums of 2012, and a few have honored our prez, Dierks Bentley's, "Home" CD.

1.  The Washington Post.  Sliding in at number 9, “Home” is one of only two country albums to make the list:


"Seems like every man in Nashville wants to be the Nashville Everyman. Here, Bentley actually pulls it off, singing from various vantages with smarts and charm. Bonus points for the patriotic title track, which still sounds sensible after an election season that left America covered in red-and-blue bruises."

2.  The Boot.  The AOL-owned website features their top 12 best albums of the year.  Dierks takes the #9 slot on this list as well.


"This was Dierks' first return to mainstream country after releasing his bluegrass album, Up on the Ridge, in 2010, and it reminds us why his songwriting is so compelling in any genre. Each song is a stand-out, but perhaps none are as poignant as the title track. The song was partly inspired by the devastating Tucson, Arizona shooting that wounded 19 people (including Congresswoman Gabrielle Giffords) and killed six."

I'm sure we haven't heard the last of the "Best" lists for 2012 and we fully expect Dierks to be on many more to come!

If you find one, please send us the link so we can share with all the DB Congress!

Posted by DB Congress at 3:35 PM No comments:

According to countryweekly.com, Dierks Bentley is dreaming of a dry, hot Christmas.  Instead of snow and cold, Dierks remembers sand and heat during the holidays.  Such is life growing up in the Arizona desert.


"Me and my family and a couple other families would go out to the desert and bring a big turkey and just kinda have a cookout in the middle of the desert . . . and drink beers and ride four-wheelers and . . . well, I wouldn't drink beers, but they would. I'd drink some Coca-Cola, I guess...We'd ride four-wheelers and horses and just kind of spend it out in the middle of the desert, which was kind of a cool way to spend Christmas...So whenever I think of Christmas, I always think of the desert, which is a little weird, but that's just the way we did it out in Arizona."

Posted by DB Congress at 2:26 PM No comments:


Sugarland's Jennifer Nettles will host the "CMA Country Christmas" special.  In addition to Dierks, Lady Antebellum, Little Big Town, Martina McBride, Scotty McCreery, The Band Perry and Keith Urban will be on hand to perform and share their favorite tales of the season. 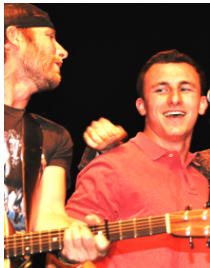 Watch to see what Dierks tries to pick up with his guitar:

See all photos at KILT's website.
Posted by DB Congress at 11:06 AM No comments:

Dierks Bentley walked on stage in his wild stallions shirt, a step away from his usual white T, to perform at the American Country Awards, Monday, December 10th on FOX.  Earlier in the day, Dierks was debating wardrobe choices on Twitter for "Dr. Feasby," his bass player, Cassady Feasby:


backstage #americancountryawards in vegas. @drfeasby having wardrobe issues. can u help him decide?! "wild stallions"...or jean jacket with southwestern carpet sown into shoulders.

Dierks was nominated for Album Of The Year, for "Home," but it was Luke Bran's night, winning Album and 8 other guitar trophies.


Taste of Country blogged, "...Bentley was ready to rock out from the moment he walked on stage. Fortunately, his band was up for the task, too. While his band played perfectly in tune with ‘Country & Cold Cans,’ images of Bentley’s fans having a blast at his concerts played in the background."

Check out Dierks and the guys backstage and part of their "Country & Cold Cans" performance on DBTV Episode #88.  "Aw, Vegas! Raise 'em up!"

Last Chance to Get Dierks for Christmas!

Order your Country Music Hall of Fame 2013 calendar with Dierks Bentley in it no later than Monday, December 17 and you can receive it before Christmas!  This is special since it's the first year Dierks has every been included!

We first told you about the calendar in August.  Be sure to buy a few copies--you'll want one for home, work and a few for all your country music-loving friends! 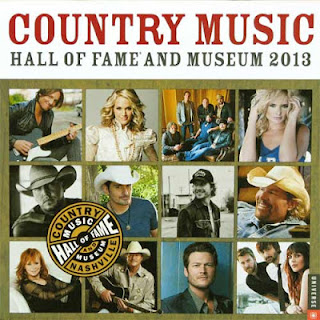 Posted by DB Congress at 9:59 AM No comments:

Ten time Grammy nominee Dierks Bentley, just received his 11th all-time nod during tonight's Grammy Nomination Concert.  And he's up against some tough competition for the Best Country Solo Performance, to be awarded at the 55th Annual Grammy Awards February 10, 2013, at 8 pm EST on CBS.

Dierks's nomination for his performance of "Home" will compete against Eric Church's "Springsteen," Ronnie Dunn's "Cost of Livin'," "Wanted," by Hunter Hayes, Carrie Underwood's, "Blown Away," and the CMA "Song of the year Award winner, "Over," performed by Blake Shelton.

The Nomination concert was held in Music City (Nashville, TN), at the Bridgestone Arena, where Dierks performed live with The Band Perry.  They sang an impressive rendition of  "Jackson," honoring the late Johnny Cash, in perfect harmony.

So, who watched? Who DVR'd it?  What did you think of our president's performance?  What do you think his chances are of winning in February? Leave a comment with your thoughts! 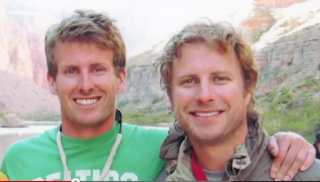 Dierks Bentley says he's not the big star in the family when they all gather for Christmas, his brother, Fife, is the big star.  While he's on the road entertaining all year, Fife is on the road in Guatemala saving people's lives through the Peace Corps.

In DBTV Episode 86, Dierks sends out a special holiday message about a cause that's very personal and close to his heart called Partner for Surgery. Take a look:

Posted by DB Congress at 8:25 PM No comments:

If you're in the Dierks Bentley Fan Club (DB Congress), you likely received the email below.  If you will be near Nashville on Wednesday, December 5, here's your chance at FREE tickets to the Grammy Nomination Concert where Dierks will perform!

RSVP by Tuesday, December 4th by noon (See details below).

Want tickets to attend “The Grammy Nomination Concert” in Nashville, TN on WEDNESDAY, DECEMBER 5TH from 9:00pm to 10:00pm, which will air live on CBS?!

We've been offered a limited number of tickets and wanted to offer them to you, The Congress, as a thank you for your tireless support. Therefore, you have the chance to request a pair of these tickets.

In addition to Dierks, there will be appearances and performances by Taylor Swift, LL Cool J, Luke Bryan, Hunter Hayes, Ne-Yo, Little Big Town, fun., Maroon 5, and more TBA! (Maroon 5 will play for 45 minutes after the show ends, so you'll have the chance stay for this special performance as well)

CHECK IN LOCATION: TBD (Confirmation Letter emailed once you RSVP)

CHECK IN TIME: TBD (Confirmation Letter emailed once you RSVP)

DRESS ATTIRE: Upscale CONCERT or CLUB attire.
Nice jeans & cute tops/shirts are great, Cowboy hats ok, Fedoras ok.
Please NO baseball caps, NO all white clothing or all white T-shirts, and NO large Logo’s
that can be seen on-camera.
PLEASE BE AWARE, ADMISSION WILL BE FOR STANDING ROOM ONLY ON THE FLOOR IN FRONT OF THE STAGE “SCREAMING FAN SECTION”.

To RSVP, please email the following information to grammynominations@gmail.com by this Tuesday December 4th at noon:
1) First & last name plus the full name of your guest (Maximum of 2 persons per RSVP)