Dierks Bentley's new video for his top 30 single, "I Hold On," tells a story of faith, love and freedom.

It's Dierks' own personal story, complete with antics with the guys in the band on the road, his bus, his truck (although Big White is a Chevy and it's clearly a Ford in the video), his guitar that's "had [his] back in a million bars," a hockey game, his love for his wife and baby and remembering his dad in heaven. You'll find fast signs of freedom in the form of subtle American flags sprinkled throughout. Director Wes Edwards ("5-1-5-0" and "Tip It On Back" videos) has captured the essense of DB's humble and grateful nature.

There's even a split second nod (although probably not intentional) to us--the DB Congress. See if you can spot our "sign" as you watch the video below. 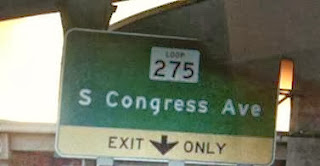 Critics Point to the "Poignancy" and "Intensity" of the Lead Single From Dierks' Upcoming Studio Album RISER
Dierks has teamed up with CBS to premiere the music video for his emotional and autobiographical new single “I Hold On” across multiple CBS properties.  Today, omg! Insider will take fans behind the scenes of the shoot for a sneak peek of the video before it officially premieres tomorrow morning across CBS digital properties including all CBS country radio stations’ websites, Radio.com, MetroLyrics.com and ACMCountry.com.
Shot in Nashville, TN and over a weekend of tour dates in Texas, the new video was directed by Wes Edwards and follows a young musician balancing his climb in the music business with keeping a firm grip on the values he holds close.  According to Music Row, the lead single from his forthcoming studio album RISER is a "song that shakes you" and Bentley "delivers with conviction."
“It was really important to me that this video capture the story of this song…my story.  But it also needed to take on the more universal themes that the choruses cover,” said Dierks. “The lyrics were written from such a real and emotional place, and I put a lot of pressure on making sure this video held up to what Brett James and I wrote that day.  I hope when people listen to it, they raise their beers up, but this time for the bigger idea of what we all stand for as country music fans…faith, love and freedom."

We are so looking forward to the new album, Riser, and continue to promote this single to radio!  Let's get it to #1, congress! 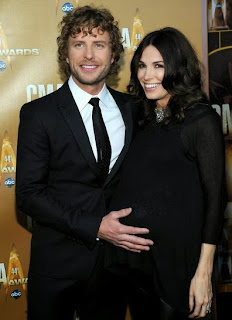 About 23 hours ago, our DB Congress president (Dierks Bentley) tweeted that his new baby boy, Knox, was born: October 9, 2013!  (Photo from 2010 CMA Awards when wife Cassidy was pregnant with Jordan, 2).

Bringing the boys to the lead in the Bentley household--Dierks, Knox, Jake and George (dogs)--DB shared his pride and joy with the Twitter world:

With just 50,137 to go, new daddy Dierks may reach one million followers sooner than later, as the news spread like wild fire today.

And in true character, he wanted to make sure to thank everyone:

Nobody's sayin', but we're wondering if "Knox" is possibly a family name, similar to the way that "Dierks" is his mom's maiden last name.

Apparently, baby boy Knox and mom Cassidy are doing great--well enough for Dierks to perform tonight in Lincoln, Nebraska.  But earlier today, he spent some time with his two girls (Evie who just turned 5 on Oct. 4 and Jordan who will be 3 on Christmas day) to explain what it means to have a baby brother:


"could have done without seeing my son's "stick out" (as my girls call it) covered in blood. ouch! makes you question the circumcision thing...I try not to post too many pics of my kids but this is too good: me trying to explain what circumcision is and why" 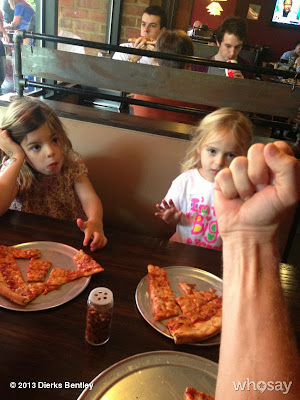 The look on their face is priceless!

Congratulations Dierks and Cassidy!  Hugs from all your 'congress! We can't wait to see pictures!


Passed down from generations too far back to trace
I can see all my relations when I look into my face
May never make it famous but I'll never bring it shame
It's my last name
-Dierks Bentley, Harley Allen