Dierks Bentley's RISER Tour was revealed last week, and thanks to The 2014 Country Megaticket we now have a few more dates and venues to match up to the cities announced.

The 2014 Country Megaticket is on sales to the General Public Friday, January 24 at 10 am.  But, if you're just interested in the Dierks, Chase Rice, Chris Young and Jon Pardi shows, stay tuned to dierks.com for all the fan club (DB Congress) pre-sale ticket and Meet and Greet information.

Plus, don't forget, Dierks will also perform two shows with Luke Bryan on his "That's My Kind of Night 2014 Tour." The first show is in Pittsburgh, PA on June 21 at Heinz Field.  The second show is August 31 at Soldier Field in Chicago, IL! Ticket sale details coming soon on dierks.com!

We know many of you are already planning your "DRT" (Dierks Road Trip) schedule!  Hope to see you out there on the road!

If you hear of any more dates, let us know! 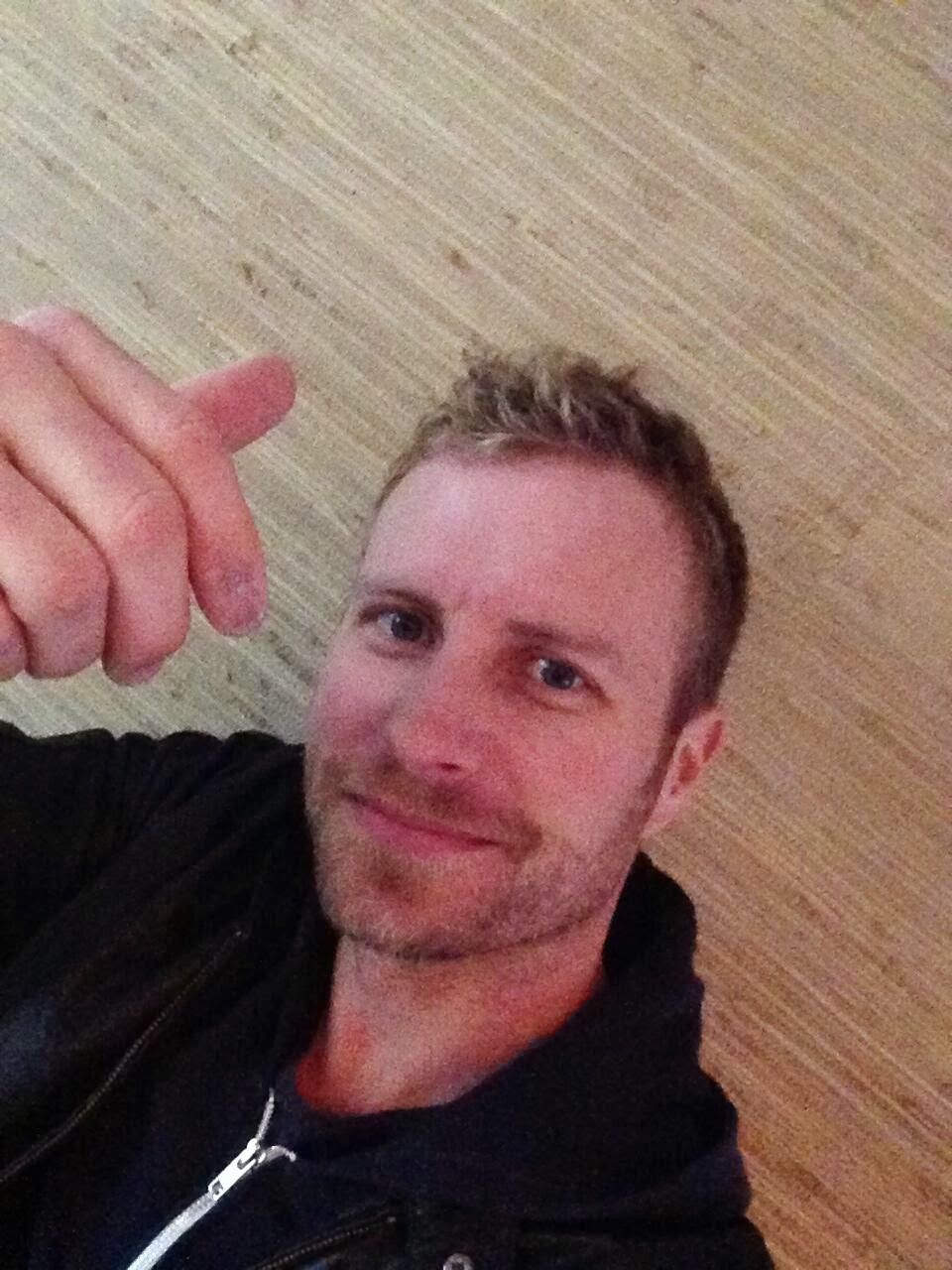 Dierks Bentley was 'up all night', thinking of his favorite color, 'neon' and how to get his new tour ready and set to roll.  So he walked in to CMT this morning and hi-jacked their Twitter account to announce his RISER tour, named for his upcoming album, due February 25.

Tweeting hints of the supporting acts and even covering their songs, Dierks found a unique way to engage the Twitter world, plucking us along like a banjo string to want more.

The first leg of the RISER Tour starts May 9 in Charlotte, NC, featuring Jon Pardi (Up All Night), Chase Rice (Ready, Set, Let's Roll) and Chris Young (Neon) as the opening acts.

We are beyond excited he will headline the 2014 RISER TOUR. Fans can purchase tickets beginning Jan. 24 for select cities as part of tour promoter Live Nation’s Country Megaticket at www.Megaticket.com and additional ticket information will be available in the coming weeks at www.dierks.com.

“This tour is the culmination of everything I've been working on for the past two years, both out on the road and in the studio recording RISER,” said Bentley. "I know what my fans want: a kick ass show, an affordable ticket and a good parking lot scene to get the pre-gaming going! The guys opening the show and getting the party started all know how to put on a great live show, and when it comes time for my set, I can promise that we are going big! I have never been more excited about a tour.”

After his hack job at CMT headquarters, he "took the rest of the day off."  Time to fly! 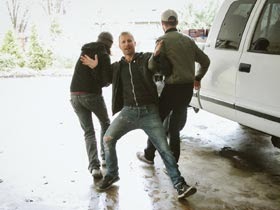 See more at dierks.com.
Posted by DB Congress at 10:37 PM No comments:

Late in the evening on Monday, January 13, DBC Georgia Rep Mariana Bowring tweeted out a link to a purported tracklist for the upcoming Dierks Bentley album Riser. The next morning, the tracklist was confirmed! Thanks to fellow blogger Windmills Country, we're able to bring you not only the tracklist, but also the songwriters for each song, as well.

Some of these songs we're already familiar with - Bourbon in Kentucky, I Hold On, Here on Earth, Drunk on a Plane, Riser and Back Porch have all been performed and/or released in the past year in some capacity. But there are 6 songs that will be completely new to our ears, at least! There hasn't been any word on whether or not there will be any "exclusive" versions of the CD available at Target, WalMart or Best Buy, but our fingers are crossed (hey, all new DB music is music to our ears, right?).

The pre-order for Riser is already available at Amazon.com, but we're sure that Dierks.com will have a special pre-order bundle available for those interested - who doesn't love more Dierks swag?!?

Email ThisBlogThis!Share to TwitterShare to FacebookShare to Pinterest
Labels: Bourbon in Kentucky, Dierks Bentley, I Hold On, RISER, tracklist 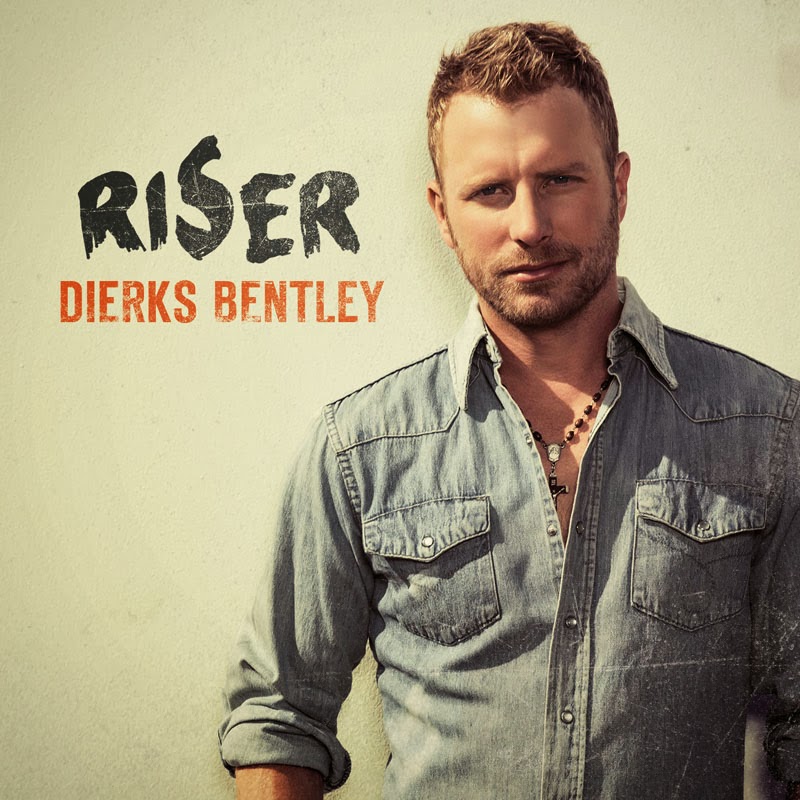 As hard-core fans, DB Congress reps, maybe more so than the casual fan, are consistently in a state of anxiousness, always awaiting new music from our president, Dierks Bentley!  And he is always worth the wait, and we finally have a date!  RISER will be released February 25, 2014!

"I hope the fans, when they listen to the record, I hope they hear their involvement in the record, because they really were the reason why I was able to get from one spot to the other [from his dad's death to his boy Knox's birth] and find that happiness and joy that is who I really am," Dierks admitted.


You may know that "7" is Dierks' lucky number (also the number on his Iceholes hockey jersey), so with RISER being his 7th studio album, it's sure to be  a phenomenal project, "grounded in lyrical substance with a new sonic power that spotlights Bentley's distinctive gravely voice, one of the most original and recognizable in the genre," according to the press release.

We've already witnessed a few of the songs we believe will be included, like "Bourbon In Kentucky" and "I Hold On," and if you attended Last Call Ball in June, you heard a few more, namely, the title song, "I'm A Riser," written by Travis Meadows and Steve Moakler (Read our exclusive interviews with them here and here), and "Drunk On A Plane."  At the Arizona firefighter's benefit concert, Dierks performed the personal "Here On Earth."

Other tracks that Windmills's Musical Musings says will be included are: "Hurt Somebody" (previously recorded by The Dirt Drifters), "Say You Do" and "Pretty Girls Drinking Tall Boys."

"I named the album RISER because the lyrics in that song perfectly articulate who I want to be, who I try to be," Bentley explains. "There's a lot of really intense material on this record, but there's also a lighter side that is equally important in telling the story of the last two years of my life. When I first started writing for this album, I was in a place of grief over the loss of my dad, but over the course of the next 18 months, my wife and I had our son Knox, and I ended in a place of real joy and gratefulness. Both sides of that coin are what country music has always been about, and I hope that my fans can feel how much of myself I put into this project. It's all out on the table, for sure."


Last year, we posted our exclusive interview with Ross Copperman (Tip It On Back co-writer and Riser producer), where he revealed some unique strategies and tactics to recording "Riser."

The lead single, "I Hold On," is currently at #18 on the Billboard Country Airplay radio charts. "Written by Bentley and Brett James, the track is drawing attention from other artists, critics and fans for its authenticity and emotion with Music Row calling it a "song that shakes you," and American Songwriter comparing the track to U2 with Bentley "rocking a little harder than most of contemporary country's crooners.""

Keep requesting "I Hold On," congress!  Let's get it to top ten for album release week!   We need a #1 debut!

Posted by DB Congress at 5:00 PM No comments:

It's been three months and we finally get to see a photo of Dierks Bentley's first baby boy, Knox!  Dierks Tweeted yesterday:

"watching football with my buddy knox. he wants me to give a shout out to @LBTmusic for his new duds! @nfl #NOvsSEA."

Karen Fairchild from Little Big Town replied: "Seriously, could he be any cuter??? Can't wait to meet him. - KF".

Lots of fans replied as well with comments like this:

So here's a baby picture of first born sister Evie (now 5), they look a lot alike, don't they?  So, Dierks, if you're reading this, next we'd love to see a picture of all three kids! 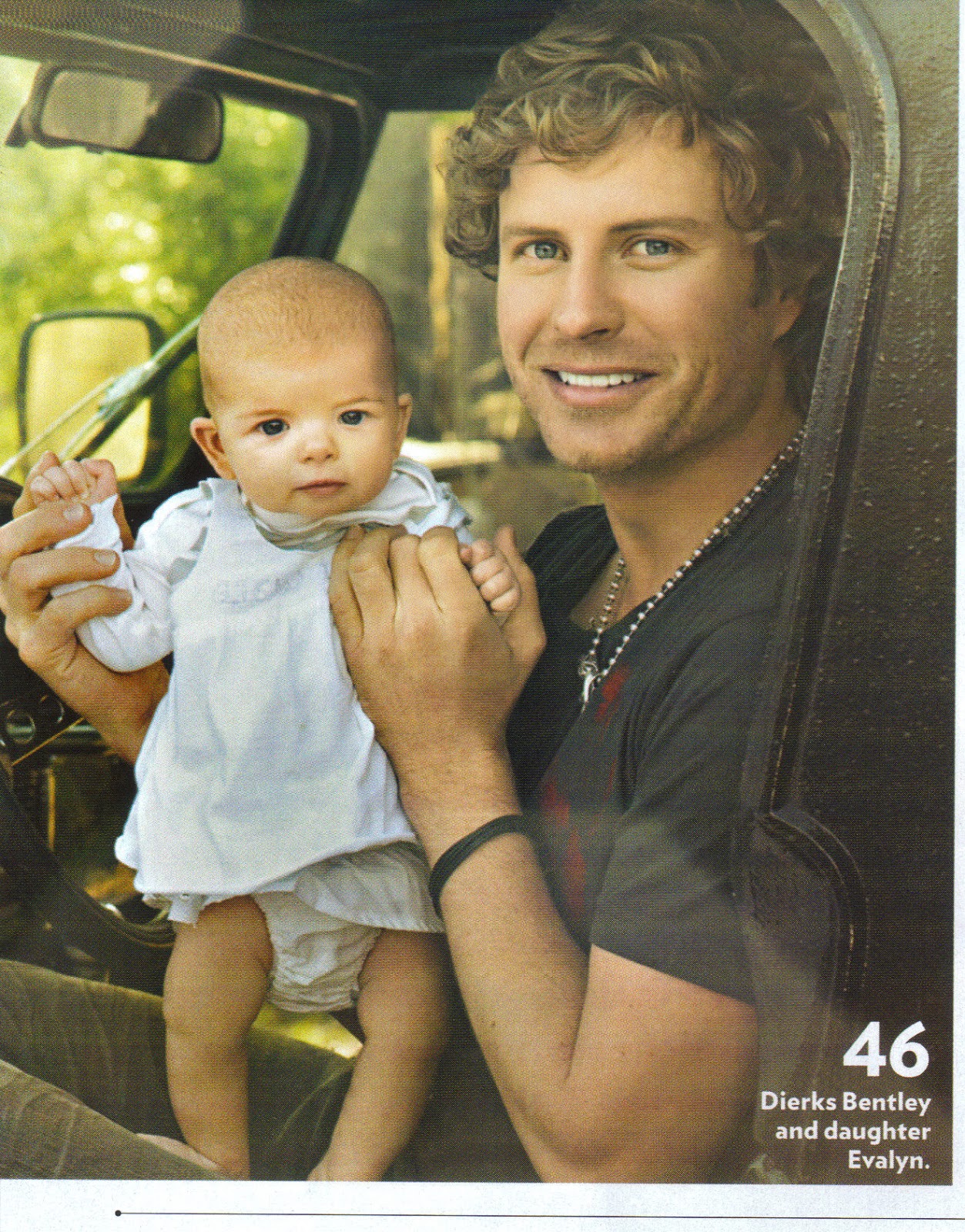 Posted by DB Congress at 4:10 PM No comments: