DBC Reps Stand Out In Durant (with a special gift for Dierks, as well!)

For the last 17 Dierks Bentley shows that Cecia Benoit, rep from Louisiana, has attended, she has made a t-shirt to stand out in the crowd. So when she heard a couple dozen DB Congress members planned to attend Dierks' show in Durant, Okla., on Nov. 18, she decided to introduce herself. She never imagined where this offer would take her.

"I was collecting my thoughts to make myself a shirt and I thought I'd like to make myself approachable to other DB Congress members whom I haven't met in person before," she said. "So I decided to put my name and state on it ... adding DB Congress and the Riser bird was a given. I shared my idea with a couple of other ladies who were going, and before I knew it, I was making shirts for ones from every corner of the United States--from Oregon to Maine, from California to Florida." 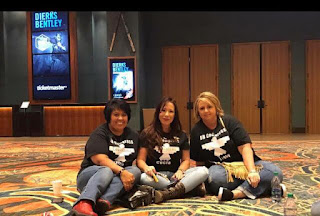 The shirts were a hit! Cecia ended up making shirts for 12 DB Congress reps from 10 states--all of whom went to Durant for the show. The Dierks Dozen met up at the venue (hours before the velvet rope dropped) and shared their love and passion for "our favorite dude" while standing in line, discussing the "musical gift he has shared with us all." 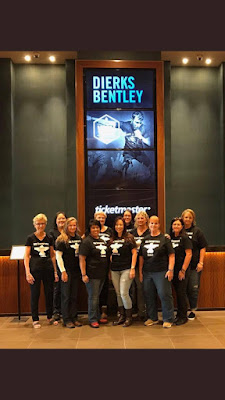 What started as a 1,200-mile road trip with her friends--Sylvia, rep from Louisiana, and Tracy, rep from Mississippi (who were naturally having Dierks withdrawals)--ended up as a gathering of new friends from across the country. (She even made special sweatshirts for her roadtrip buddies!) 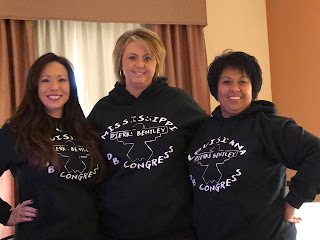 "It made my heart overflow with happiness to have been the brains behind the shirts that all of these beautiful people were rocking."

To top it off, Mary Lou, rep from North Carolina, asked Cecia to make one of the shirts to give to Dierks--just in time for his birthday.

"To see my creation presented to Dierks during the show was icing on the cake. Wow. Just mind blowing!" 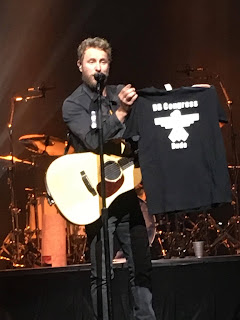 Side note: Did you catch Dierks saying they just finished a new record in that video? Happy birthday TO US!

WTH Tour memories from the DBC

While DB Congress members diligently and eagerly count down to when we get to see Dierks again, it's the perfect time to take a look back at our favorite memories from this year's WTH Tour.

We asked and you delivered! Here are some of your favorite memories: 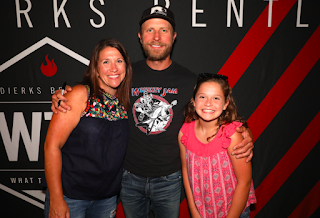 I took my 12 year old, Ellie, to see Dierks for her first country concert and he did not disappoint! We also were chosen for the meet and greet and, as you can see in the picture, her smile says it all! He was so kind, gracious and humble; it was a night we will never forget! He's such a great performer and truly entertains with such a love for family and country. It was a great time for us and we can't wait til next summer! Emily, DB Congress Member from Pennsylvania 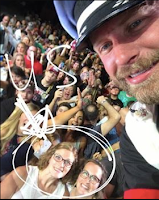 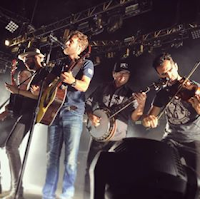 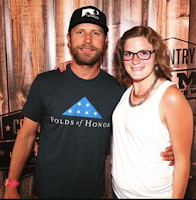 My sister and I are huge fans and supporters. I have been to 13 shows--three just this past summer! At one, we were lucky to get a meet and greet. Dierks is such a sweet and genuine guy and his concerts show that! Elaine, DB Congress Rep from Wisconsin 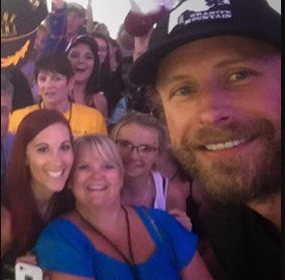 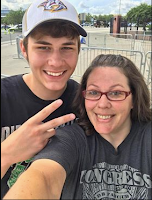 My favorite moment from the WTH Tour is hands down when my husband drove our RV to Jacksonville from Tampa just to wait out in the parking lot while our son and I went in to see Dierks! (Not to worry about my hubby: He is going to see Dierks in Oklahoma. He has a ticket to get in this time 😂 All I know is I never have to doubt his love for me and he never questions my love for Dierks!) Nichole, DB Congress Rep from Florida 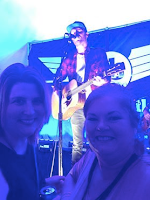 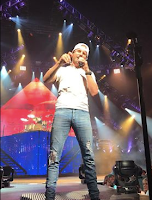 Every year (since 2014), I drive from Columbus Ohio to Charlotte NC to see Dierks. [That first year was] the tour's opening night and I had just graduated ... with a bachelor's in nursing (definitely needed a night to celebrate). Brandi, DB Congress Member from Ohio 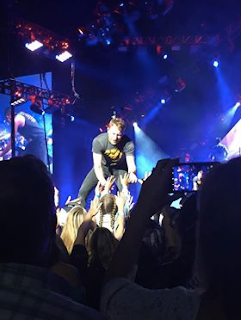 At the sold out show in Fresno, before the show Dierks surprised a military family by having their husband, father at the show waiting for them. Then Dierks brought them up on stage, it was a very special moment. So much fun! Deanne, DB Congress Member from California 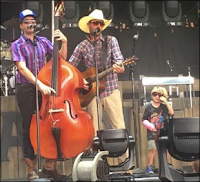 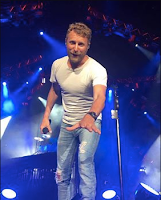 I went to SIX WTH shows this year--Nashville, Knoxville, Bristow, Charlotte, Raleigh and Phoenix (with a Grand Ole Opry show thrown in the week before Phoenix). I have literally 1,000s of pix, but [here are] a couple of my favorites. I have all kinds of special moments, but a couple that stand out: 1)Knoxville VIP: I requested my favorite song--Draw Me A Map--and he tried (twice) but couldn't get the words right ... so he handed me the mic and we sang it together (I so cannot sing! 😳)! He redeemed himself in Charlotte with mostly the right words. 😌 2)Bristow: My first meet and greet 💙 3)Phoenix: Pretty sure he drove past me next to the arena while I was videoing the marquee on the day of show about 10 a.m. and I met three fellow DBC'ers for the first time! We went to Whiskey Row, hung out, then went to the show together. Immediate friends! 4 Charlotte: I was part of D's "beach towel!" The WTH shows were amazing with Jon and Cole ... loved the George Strait song with Jon every night! So many awesome memories!
Mary Lou, DB Congress Rep from North Carolina

Someone handed this to me during the show on my walk around the amphitheater last night. You don't know how much letters like this mean to me. Thank you for sharing your lives with me.
A post shared by Dierks Bentley (@dierksbentley) on May 20, 2017 at 4:22am PDT

My big memory from the WTH Tour has to be Dierks posting my poem all over social media--that was surreal! 😍 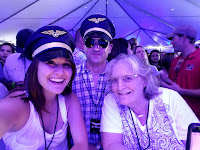 As for me, two concerts with my hubby (also a DBC member), two VIPs, two meet and greets, two pit experiences against the stage, countless memories and chances to meet DB Congress members, holding Dierks' hand while he swayed and sang to the music from stage, and he even signed my pilot hat. Yah, it was one unforgettable tour!