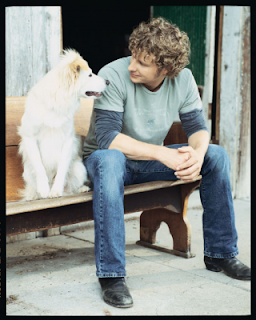 A few weeks ago, when Dierks Bentley posted a picture of his best friend/dog Jake captioned "rest in peace pal," the DB Congress (fan club) community mourned along with him. Many of us had met Jake --who had been by Dierks' side for 16 years--petted him, hugged him and designated him as an honorary DB Congress member!
But Jake died after a battle with cancer.  He was the best dog and our hearts go out to Dierks and his family.
While some fans sent their condolences via Facebook and Twitter, others brought cards and letters to meet and greets, one fan had a special T-shirt made and gave it to Dierks! 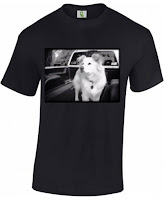 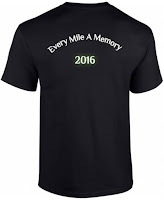 At the Charlotte, NC show, the DBC delivered a hand-made keep sake box with a special message inside for the Bentley family, to fill the box with treasured memories of Jake--his dog tags, favorite toy, collar. 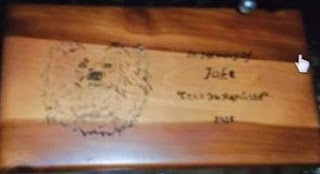 And dozens more DBC reps wanted to leave a legacy in honor of Jake's memory to an animal shelter of Dierks' choice.  I presented to him in the meet and greet in Tampa a plaque and a card with all the donor names and he was blown away.  He said he felt guilty about feeling bad about losing Jake when there was so much going on in the world--I told him we understood and not to feel bad--Jake was family. 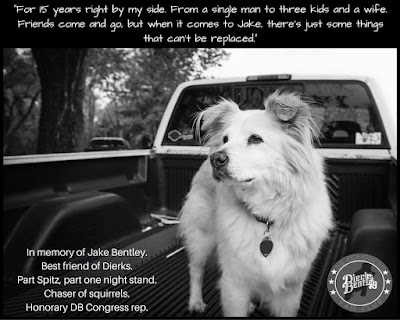 During the Tampa show, after singing, "Every Mile A Memory," (Red sundown out across that Florida sky--I saw it tonight!) Dierks turned around to watch his pal on the video screens.  Watch here.
I later found out Dierks wanted the donations to go to the VCA Murphy Road Animal Hospital in Nashville, Tennessee.  They own Love At First Sight--a place that finds homes for puppies and kittens!
Megan Reaves was so appreciative of our $900 donation!  She told me "Dierks loved that dog so much!"  We know!
If you would like to contribute to the Jake Memorial Fund, just give her a call at 615-383-4241 or email her at Megan.Reaves@vca.com.  Tell her you are a Dierks Bentley Congress (fan club) member!
In addition to the many music videos and album covers, here are a few of our favorite Jake memories...
Jake was lost but he then he was found: 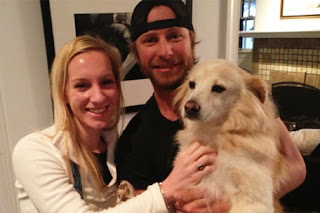 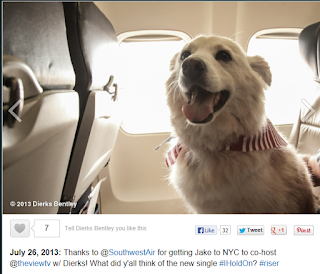 Dierks and George (left) and Jake: 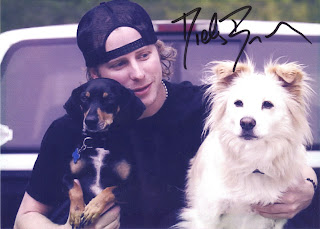 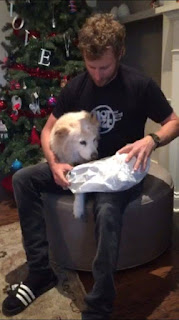 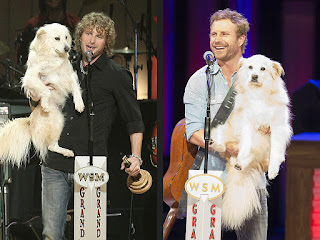 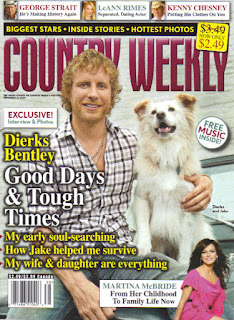 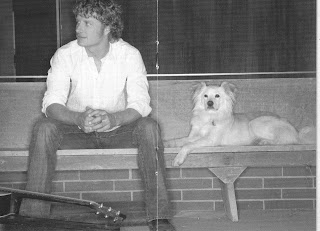 Dierks and Jake on one of many red carpets over the years: 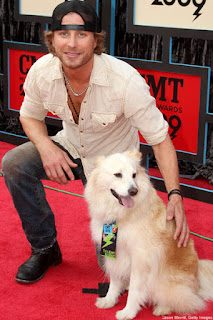 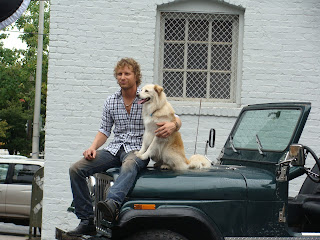 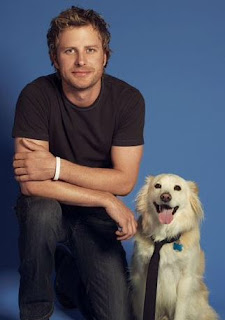 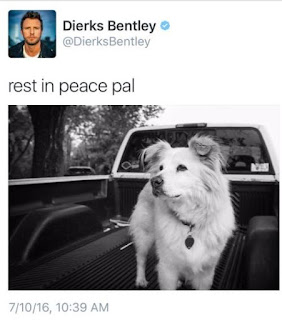 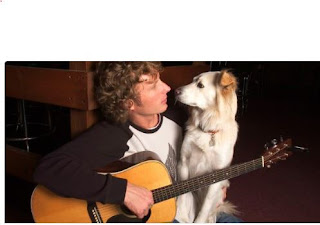 #RIPJake
For fifteen years right by my side
From a single man to three kids and a wife
Friends come and go, but when it comes to Jake
There's just some things that can't be replaced