Trucks and Cars and Planes, Oh My! Dierks Bentley Enjoys His Rides

Dierks Bentley loves to go fast. Whether he's touring non-stop for days or in one of his many motor vehicles--he's got a truck, a car, jeep, a motorcycle, a boat, a bus, an ATV and even a plane --everything but a train--could his next ride be a NASCAR stock car?  Check out this article/interview from nascar.com.


"I just took a lap in the pace car and I wish I could have taken it for a spin. I think I could do all right. I had go-karts as a kid and I raced them, so I think it be comparable (laughs). No, even just being in the pace car, sitting shotgun, going into the corners, going whatever speed we were going. I think in the backstretch we were going 140 and under 100 in the corners. Even that, you could feel the “G’s” and feel the pull and I could see how it would be pretty exhausting after doing that for real, three times the speed with other cars around you all day long..."

A week before the last race of the season, Dierks popped up on the schedule as the opening show before the Homestead Miami Speedway race on November 17.  Living in Florida, I couldn't pass it up!  So I drove 10 hours round trip, picked up Sherrie on the way, and ran in to Dierks in - of all places -- the fan zone.  How appropriate.  He saw us first-before we saw him-and took time to take a picture, thank us for coming and comment on our attire, before walking in to the media center-probably to do that interview.  I was reppin' the Miles and Music Shirt and Sherrie donned a little white tank top.  So we're thinkin' this last part could be about us!

On what it's like to learn from someone the impact a song has had on them:
You meet those fans and that’s what fuels you. Bumped into a couple out here that were wearing my stuff and they come out here and they are sweating, they’re sunburned, but they’re excited to be here and you use that little extra boost, not that you even need it. What we do does matter and these songs get woven into the thread of people’s lives.

VIDEO - I HOLD ON

VIDEO - TIP IT ON BACK - STAGE DIVE

In case you're wondering about Dierks' other rides, here is some history:

His Car - a 1967 Camero - caught fire one night and Charles Kelley from Lady A was there.

His Jeep - a 1977 CJ7 - is often spotted with Dierks driving through parking lots of venues, saying hi to fans

His Boat - a pontoon named the S.S. Grizzled Veteran - a houseboat he used to live on 10-12 years ago

His Bus- Old Goldie - turned a million - miles that is, somewhere around the Canada/US border last February.

His ATV - an end-of-tour gift from Miranda Lambert, ended up in a tree

His Plane - a custom Cirrus SR22T Xi - so he can get to and from shows, and back home to his family faster 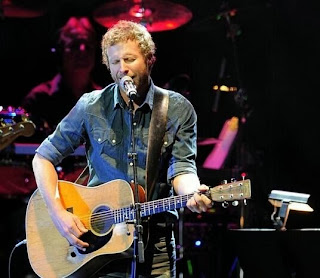 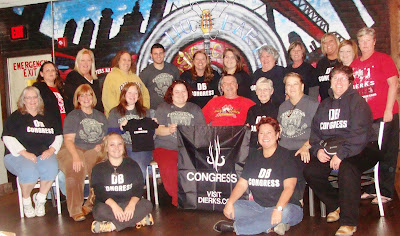