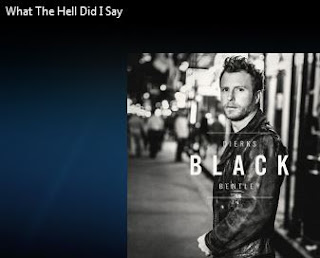 Dierks Bentley is scheduled to perform at CMA Music Festival 2016 in Nashville at Nissan Stadium on Thursday, June 9.  Dierks will hit the stage after Kelsea Ballerini and before Rascal Flatts in the 8:30-9:00 pm time slot.

The 4-day tickets are already sold out, but if you haven't purchased your package yet, don't fret.  CMA Fest 4 Less is offering DB Congress (fan club) members a $100 per person discount if you book a downtown hotel package with them during the month of April!  They still have great seats available so check out their website today!  Or call them at 1-888-638-8687 during business hours (M-Th/9-5, F/8-4 ET) to check availability.  You will need to mention the special code "FANCLUB" to get the discount.

No word yet on whether Last Call Ball (fan club party) will be scheduled during CMA Fest week.  Stay tuned--as soon as we know, you'll know!

Posted by DB Congress at 3:13 PM No comments:

Dierks Bentley: "I'll Be The Moon," The Video 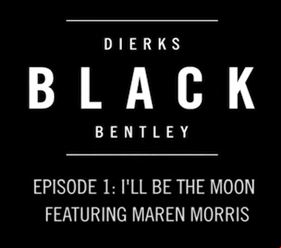 Dierks Bentley's Black is due out May 27 and fans are being treated to a sneak peek of the album via a four-video series (shot by Ryan Silver and directed by Wes Edwards), releasing every few weeks exclusively through Rolling Stone Country.

Dierks' current single, "Somewhere On A Beach," is surfing up the charts--riding the waves faster than any other single in his career--landing in the Billboard top ten in just as many weeks.  The video veers toward fun revenge with a whole lot of humor and has been voted into the CMT and GAC Top 20 video countdowns since the first week!

We interrupt this beach report to bring you back to Dierks songs with depth.  Enter the first video in the mini-movie series leading up to Black, "I'll Be The Moon," a dynamic duet with "My Church" Maren Morris.

While Dierks reportedly wrote about half the tracks on Black, he didn't write IBTM, telling Entertainment Weekly, "God, that song is so good! I had it on hold for like a year.  I just kept checking back in with my publisher to let them know that I was crazy about that song.”

Written by Matt Drag, Ryan Hurd and Heather Morgan, deceit never sounded so raw by way of Bentley's provocatively vexing vocals.  "I don't wanna be a liar, I don't wanna be a fool/ I don't wanna be a secret, but I will if you want me to/You can leave me in the dark if that's all I get from you/He can be the sun, I'll be the moon."

The co-writers said it best in their Instagram posts:

"I've been waiting... for this day to arrive and for this to be real.  Thank you @DierksBentley for exploring all sides of the heart...being the true artist that you are and not putting limits on your art..." via @heathereleven

"Thank you @DierksBentley for cutting a song we never thought would see the light of day...Thank you for taking chances...Thank you to @rosscopperman for producing this thang and makin it sound real nice like..." via @mattdrag

"...didn't think anyone would ever sing it because of what it's about.  Thank you @dierksbentley for making it ache like its supposed to and for being an artist that takes chances in a format that makes it really hard to sometimes...it's beautiful...so proud to be a part of #black..." via @ryanhurd

No word on whether Moon will be the next single, but it gets our votes!  The next video in the series will be released April 15 via RSC.

If you're a Black Card holder, you can download "I'll Be The Moon" for free at dierks.com/blackcard or buy it from itunes now.

Don't forget to watch Dierks co-host the ACM Awards tomorrow night (April 3 on CBS) with Luke Bryan.  And while a win for Video of the Year is off the table (awarded to Eric Church), we still hold out hope for his first ever Male Vocalist trophy!  This is a year of firsts for Dierks, right?
Posted by DB Congress at 5:17 PM 3 comments: