Dierks' Music Gets 'All The Way' To Those Who Listen Ten years down the road, is this going to be something we look back on and say, ‘We should have done that’?”
Yes, those words came out of my mouth when presenting the Jet Black VIP Experience opportunity to my husband.
And it worked.
See, he’s been a dedicated supporter of our president (Dierks Bentley) since, “What Was I Thinkin’” so this was an easy sell. What was most surprising to him was I was the one doing the asking.
The biggest reason? Just two weeks before, I didn’t listen to country music. At all.
I sealed my fate when I got him bleacher seat concert tickets to see Dierks in Puyallup, Wash., last September. For some reason, I couldn’t wait to go, despite my lack of knowing really any of the songs. My anticipation was not misplaced.
Since you’re reading this, you know what happens next.
I fell in love right then and there. The music, the lyrics, the passion, the personality. It’s life’s soundtrack heard through a band full of talent and a voice full of whiskey honey!
My album collection grew by eight that night and I cannot stop listening.
When the Vancouver, BC, concert was announced, we couldn’t miss reliving the experience from the front. So I joined the Congress, got our VIP tickets, put my name in for the Meet & Greet lottery, booked the trip and set a countdown timer. Four. Long. Months.
Every Mile a Memory
We are at Roger Arena early. We’re in a different country, unfamiliar territory, and have no clue what to expect. Apparently we’re there too early because we’re the first in line. This is the right gate, right? 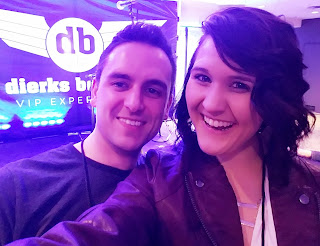 When the doors finally open, we’re greeted with excitement and our “runway” VIP gift. First in the room, we grab our whiskeys and stand front and center, awaiting the private concert with 100 other VIPs.
In one of those “Is this really happening right now?” moments, Dierks and the band walk in the room and land two feet in front of us. This moment I’ve been dreaming about is real.
With nods to the little white tank tops around the room, and excitement about how the concert will be if this is how the pre-show is, Dierks casually asks, “What do you want to hear?” 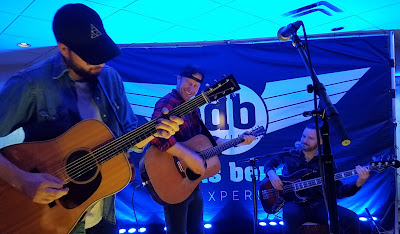 People ask for the classics such as “Free and Easy” and “I Hold On” and new hits “Pick Up” and “All The Way To Me.” One woman in the back even raised her hand to be called upon, causing a dumbfounded laugh from Dierks, saying, “I don’t believe anyone has ever raised their hand at one of these!”
Thirty unforgettable minutes later, it’s time to go to the big show. That’s 30 minutes that were worth every minute of waiting and every penny to get in the door.
A mass exodus ensues as VIP ticket holders swarm the standing-only pit to get the best vantage point possible. My husband gets a spot touching the stage.

He’s on his own for that one, though, because just six days before, my email arrived. I have been selected for the Meet and Greet experience!
Standing in line with 30 Congress lottery and radio contest winners, it’s our turn to shake hands with the man himself.
I don’t want this opportunity in a stereotypical fan girl fashion. I want to say thank you. Thank you for sharing your talents with all of us. Thank you for taking time to meet with those in the Congress. Thank you for changing lives with music that gets all the way to those who listen. 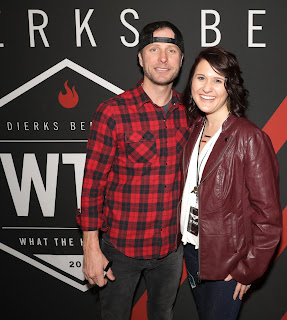 In that moment, I, in the chaos of people and 100 decibels, know without a doubt I have Dierks’ complete attention and appreciation. That’s just like him, though, isn’t it? He cares about his fans and appreciates our support. After 14 years in the industry, he hasn’t gotten too big for his Levis. 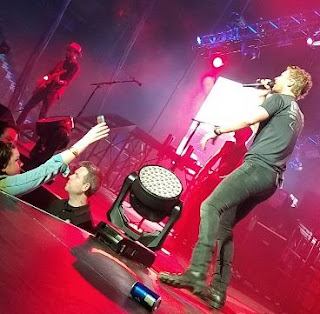 Reaching out to the fans, walking into the audience, fist-bumping the crowd, Dierks and the band connect with every concert-goer in the arena. The talent and entertainment value are unprecedented. No matter where you sit, you’re in for a memorable show.
I know because four months before I watched from the back row. I do have to say, though, front row certainly does have its advantages.
There are just some things that can’t be replaced.
Jessica Borrelli
DB Congress Rep, WA
@AllTheWayToMe

Posted by DB Congress at 9:18 PM No comments: