Dierks and Knox Live it Up in "Living" Music Video

Released as a single in February, Dierks Bentley's "Living" has been climbing the charts ever since. And it's no surprise, really. This song touches everyone's soul on some level. It's full of heart and life ... a reflection of the man himself. It was only a matter of time until an official music video was released. Goodness, did the team deliver!

Earlier this week, Dierks took to social media to start teasing the video. Dierks, his 5-year-old son Knox, puppies, wave riders, pajama jam sessions ... we knew it was going to be good!


The video follows Dierks and Knox in an epic day of adventure! This is fitting, given the song's focus of making the most of every day and truly living in even the most ordinary moments.
“’Living’ certainly celebrates life’s big moments and adventures, but for me it’s even more about being intentional and present in everyday moments,” Dierks said. “Knox is at that age where he can still find the biggest joy in the smallest things, and that childlike appreciation for life is the spirit I wanted to bring to this video to remind us of difference between just being alive and actually ‘living.’”

Accompanying this release, People took fans behind the scenes for the making of this perfect video. Take a look here!

You can also see a fan-feature music video Dierks' team released in May 2018 as a series of music videos to promote the album The Mountain.

Dierks and the guys first played this song as a gift to DBCers present at a concert in Las Vegas in December 2017. "I was thinking of everybody here, but definitely these hardcore, hardcore fans standing down here ... this would be my gift to you." I had the honor of being along the stage for that moment, and I can tell you there wasn't a dry eye around me.

This song has touched so many lives. The lyrics and music had much to live up to. This video certainly lives up to the challenge. 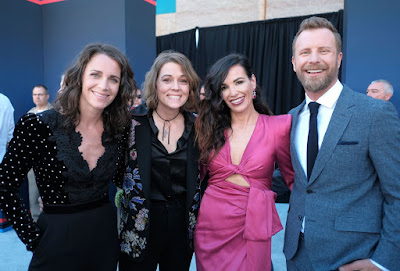