Shortly after Dierks' "Living" music video was released, we received a request from a Jennifer Fry to join the DB Congress as a rep from Maryland. Turns out, she's the woman who was featured in the moving and inspirational music video. We had the chance to catch up with her by email (and in person at the tour launch!) to learn the "behind the scenes" of making the video. Check it out! 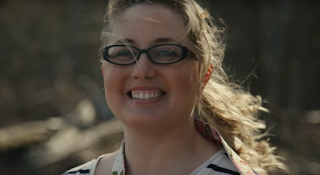 1. How did Dierks' team hear your story and how did they reach out to you to see if you would be willing to be featured in the video?
When I pre-ordered the new album ... I received an email asking for fans' stories on celebrating the human spirit and how various people have overcome great struggles or adversities, [stories] of those living life to the fullest and making a difference in people’s lives and/or communities.

I decided to tell my story about my hearing impairment. I explained that although it does have its difficulty in life, I never let my disability stop me from doing something that I love, whether it was completing school, listening to music, playing instruments (flute and now learning violin), playing sports, learning Irish dance, or doing my photography. I always had people telling me that I couldn’t do it. I opted to prove them wrong. I don’t know if I will lose my hearing completely. I learned to appreciate things much more, such as the birds singing, the sound of water, or the sound of the trees in the wind. I truly enjoy photography because it allows me to document a certain moment as I see things.

After trying my best to outline my story, I added my photo and submitted my story. A few weeks later, I received an email from a producer asking me if I was interested in participating in one of his music videos. Of course, I was ecstatic!

2. What was your experience in filming the video?
It was surreal and I was a bit nervous during the whole process. The producer who contacted me was very sweet and made the whole experience something I will never forget. I had a film crew consisting of two gentlemen who came to my home. They were very professional, but also very down to earth. It was easy to talk to them. In a way, I believe the whole ordeal was therapeutic for me. First, to tell my story in hopes that it will give others with a disability a sense of hope. Second, to just be provided the opportunity do something like this was unbelievable. I don’t have a whole lot of big things that happen to me so this was something that I will remember the rest of my life. 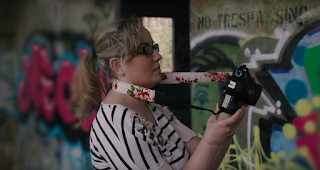 3. Have you always been a Dierks fan?
I remember the first time I saw Dierks on CMT. I was sitting in my college dorm when “What Was I Thinkin'” came on. I imagine it was one of those top 20 countdowns. I was hooked on his music since then (and the curly hair!). That was in 2003, so for the past 15 years, I have been following him as a fan. What was even better was when I found out my husband was also a huge fan. I saw Dierks perform a couple of times before I was married. Now it’s nice because my husband and I go see him perform together.

4. The song "Living" holds a special place in a number of DBCers' hearts. How has this song resonated with you?
I am so much in love with the song “Living.” I did not even hear the song until they sent me a short preview of the video about a week after filming me. I had tears in my eyes because it relates to my life so much. I didn’t hear the full version of it until it was fully released. I can’t stop listening to it now. It resonates with my personal story. Although I have the hearing loss, I never really let it stop me from doing the things I want to do. I always find a way, even if I have to adapt my path from others. It makes me see the world a bit differently, which I love to document with my photographs. .. I try not to take things for granted. Life is short. Enjoy it while you can.

5. What was the most surprising outcome of being featured in the video?
Being able to do something like this was the biggest surprise. I have dealt with anxiety throughout my life, so I was tremendously nervous to tell my story to strangers. However, I knew if I didn’t push myself to do this that I would regret it for the rest of my life. It was sort of a proud moment for me personally. I hope it might inspire others who have a disability. Just because our lives may be a little different doesn’t mean they aren’t just as beautiful.

6. We heard you met fellow DBCers at the Maryland concert (and Dierks, too!)!
I met so many wonderful ladies at the Maryland concert. It was an absolutely amazing evening. Everyone was super friendly! Thanks to so many wonderful people, I did have a chance to meet Dierks! He was such an awesome down-to-earth person. It was so easy to talk to him. I thanked him so much for the opportunity he gave me with the video. And he said how much he enjoyed the story. He and his music just mean so much more to me now! The entire night was just amazing as always. I'll never forget it! 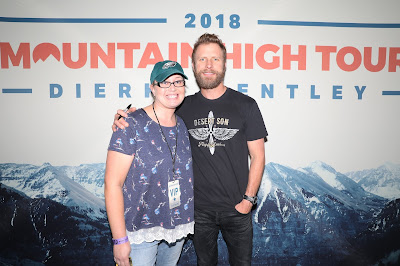 Welcome to the DB Congress as one of our newest reps, Jennifer (@Jenn_BH32)! Thank you for sharing your story!
Posted by DB Congress at 8:19 PM