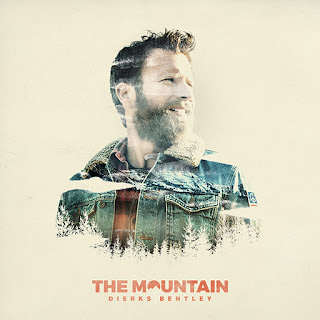 I’ve sat down to finish this review several times over the past week, and I keep coming up with little to say – which, if you know me, is quite the feat.

As a Dierks fan since 2004, I’ve always thought his music stood apart from the mainstream just enough to make him unique. His love for bluegrass and rootsy, acoustic instruments was something that I always loved about him. No surprise, then, that my favorite album is Up on the Ridge. As a fan, too, I’ve been there for the ups and downs. I’ve attended the concerts he’s referenced lately where he was trying too hard to play the big arenas. I’ve wondered why he wasn’t recognized by the awards shows. I’ve seen him play the mainstream game a bit. I’ve watched his popularity climb through recent years, fueled by hits like “Drunk on a Plane” and “Somewhere on a Beach.” And while I do enjoy and appreciate Black as an album and thought it would be what finally took him all the way – looking back, I can see how it didn’t get the job done.

The Mountain just might be Dierks at his strongest – this just might be the summit of the mountain of a career he’s been climbing. I thought Riser was a standout album, and it is, but with the release of The Mountain I can see that Riser was not quite a fully cohesive album.

The Mountain is inherently Dierks. It’s rugged and rock-tinged, but still undeniably country. It has a heart, and it has lyrics that I challenge anyone to say they can’t relate to in some way. It tells stories, it evokes feeling, it creates landscapes, it makes you think. It does all the things that great music should do – and this is definitely great music.

Opening with second single “Burning Man” featuring Vocal Duo of the Year Brothers Osborne sets the tone for the record. It honestly took me a couple of listens to warm up to this entirely, and I had to listen to it in the context of the album for it to finally click, but now I think it’s one of the best songs on the album. I just love the juxtaposition of Dierks’ more rugged vocals and TJ Osborne’s smooth baritone – goes down like a fine wine. Or a shot of whisky! And even though the lyrics to the song are specific to a MAN, as a mother and a friend, I can tell you that I, too, am still a little bit holy water, and a little bit burning man.

I loved “The Mountain” upon first listen. The music itself evokes that kind of “keep moving” mentality. This song soars. I relate to these lyrics so much – I know everybody can. This song is inspiring down to its very core. My favorite line is “it just took a couple steps, a right then a left, then a couple million more who’s counting?” LIFE PEOPLE. THIS IS LIFE.

Which, quite perfectly, brings us to “Living.” And this is another one that rocked me upon first listen because the lyrics are just so true.  I don’t have much to say about this track other than it’s fantastic and I hope it’s a single because I really think it’s a message that everyone needs to be exposed to.

Next up is lead single and #1 hit “Woman, Amen” which I won’t spend much time on because it’s all been said before. After that is the wonderful “You Can’t Bring Me Down” which Dierks has said is a bit of a response to some gossip in Nashville, and I think it’s just such a great attitude. It’s also something I know people struggle with ALL THE TIME. This song is a refreshing message that everyone should hear – and has some fantastic instrumentation to boot.

Things get a bit sultrier on “Nothing on But the Stars” which shifts the gears of the album a bit – less about living life to the fullest and gratitude, and more about love, both lost and found. I like the dark feeling of “Stars” – it seems almost stormy, even though the lyrics mention the stars and constellations. A good friend described this song well – “Black” meets “Come a Little Closer” and I couldn’t agree more!

When I first heard “Goodbye in Telluride” I was a little disappointed. It didn’t seem to fit the mood of the album, seemed too polished and mainstream. The fast-talking verses remind me of Sam Hunt and while I know that he’s like THE BIG DEAL in country music right now, he isn’t my cup of tea, and I was uncomfortable with Dierks emulating that style on his own. But now that I’ve listened to the album in full, on repeat, probably a solid 50 times in the past week, I can say that this song fits in just fine on the album. Again, the music itself may sound like the Music Row Machine, but the lyrics paint a picture, and they feel clever and even a little hopeful, which settles in nicely with the themes of the album.

“My Religion” is a pretty, piano-led ballad, which is a sound we don’t often hear from Dierks. His vocals really soar on this song. I love the contemplative tone of the song, and I really love the sincerity and gratitude you can hear in his vocals on this song. If there’s one thing Dierks has learned to do in his career, it’s be an emotive vocalist!

“One Way” feels like your favorite pair of broken-in jeans. This song is one of the highlights for me – the instrumentation here is some of my favorite since Up on the Ridge, and I just love how breezy it sounds. The steel guitar makes it sound both mournful and wistful at the same time. This song takes me back to Dierks’ earlier albums and sounds like it would fit right in on Long Trip Alone just fine, but it doesn’t sound dated in the slightest.

Another album highlight is “Son of the Sun.” I grew up in Arizona myself and I can say that there’s a cactus flower somewhere out there that knows my deepest thoughts, too. This song reminds me of my dad – although he grew up in Ohio, once we moved to Arizona when I was 5, he was truly home. As an artist, he is constantly inspired by the gorgeous landscapes there, and this song really speaks to “home” for me. (Makes me a little homesick, too, but in a good way.)

I love how the album switches here to a reflective tone, sometimes evoking feelings of nostalgia, but otherwise just reflecting on the past but still focusing on the here and now. “Stranger to Myself” is something everybody can relate to. “Big hair and drunk smiles” can bring on some cringe-inducing but no less important memories in the building blocks that make up each of us. There’s a lot of gratitude in this song, too, which is clearly one of the album’s central themes.

“Travelin’ Light” featuring Brandi Carlile is nothing short of stellar. Again, the theme here is reflection and gratitude, focusing on the present day, and speaks to the importance of moving on from the past and not letting mistakes or previous ‘baggage’ weigh you down. Dierks and Brandi’s vocals sound great here, as does the mandolin-led rootsy instrumentation. This song has been a standout on almost every review I’ve read about the album, and this review is no different!

Which brings us to “How I’m Going Out” which can be a hard one to listen to because I don’t want to think about Dierks leaving us just yet! But, I can appreciate the honesty of this song, about not wanting to overstay your welcome once it’s time to move on. It can be a hard thing to soul search to really figure out if what you’re doing in life isn’t serving you, and this song really speaks to that.

One thing I love most about Dierks, and therefore, about this album, is that he’s not afraid to leave Nashville to do what he needs to do. Just like with Up on the Ridge he felt like he needed to get away to make the music he wanted to make. And I truly feel that this time, it’s paid off in spades. This album is a gem. It’s everything I love about Dierks and then some. It’s given me new things to appreciate about him as not only an artist, but as a human (and he was already a pretty great human to begin with). With The Mountain, Dierks makes it clear that he is the absolute best possible recipient of the ACM Honors’ Merle Haggard Award. He has certainly blazed his own trail in country music, forged his own path, and made an incredible album start-to-finish in the process.