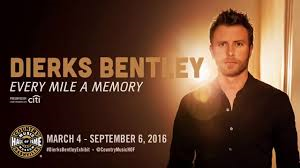 Posted by DB Congress at 7:44 AM No comments:

Vote for your favorite Dierks moments in 2016!

Check out the survey to the right of our page on dbcongress.com and vote for your top five moments of 2016!  Dierks has had his best year yet, and we will be posting the top 16 moments based on your votes on December 30!

Posted by DB Congress at 6:58 PM No comments: