Industry friends gathered to honor Bentley and co-writers Chris Thompkins and Josh Kear (who was out of the country and unable to attend) for the smash hit, which is the second consecutive No. one off Bentley’s critically acclaimed album RISER and the 12th of his career as both a singer and a songwriter.

Univeral Music Group's promo team helped celebrate in style, complete with pilot hats, aviator sunglasses and fake mustaches, commemorating Bentley's chart-topping hit, which is nominated for “Single Of The Year” and “Music Video Of The Year” for the upcoming 48th Annual CMA Awards.

See other photos here.
Posted by DB Congress at 7:39 PM No comments: 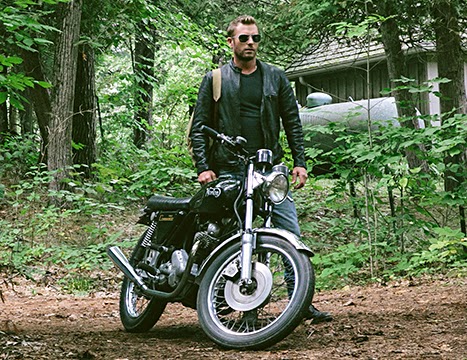 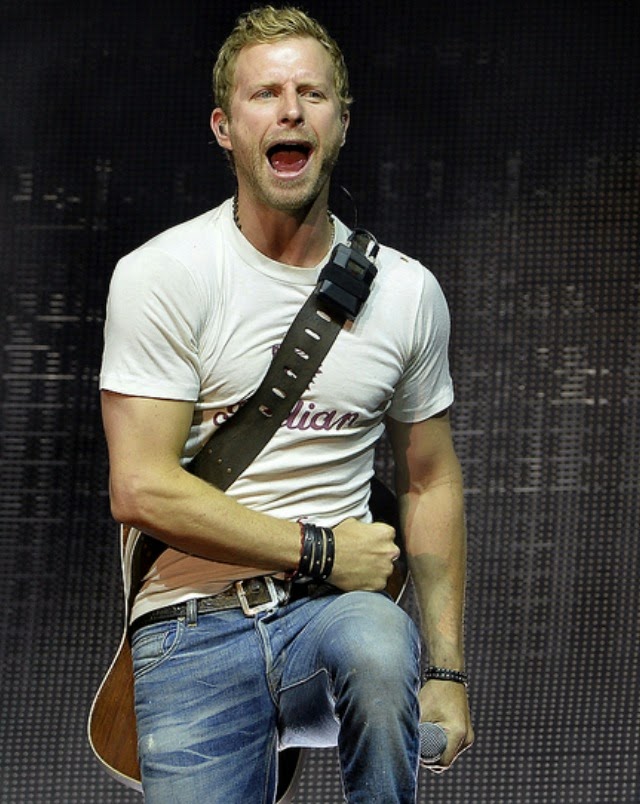 Dierks Bentley is a riser.  If you're a hard-core DB Congress member you already knew that.  But today, the members of the CMA proved they know it, too, by nominating him in five CMA Awards categories: Male Vocalist, Single, Song, Music Video and Album Of The Year.

The number "Five" is significant.  It's the total number of awards the CMA was given for their consideration to vote for Dierks, and its a song on his Album Of The Year nominated, Riser.  Not only is that more nods than the rest of the guys, but only one other artist, his pal Miranda Lambert, earned more with nine nominations.

"I feel like every record I've made I've always given it my all as a songwriter, but for some reason this record came together to make that one album that you always dream of putting out there," Bentley told Rolling Stone Country immediately after getting the good news.

While we guessed the win that would mean the most to Dierks would be Album Of The Year for Riser, he also told Rolling Stone how special the Song of the Year nod for I Hold On is for him:

"...when you think of the craft of songwriting, being nominated for Song of the Year is really special. Every 10 years something like that comes along, and it all works out. ['I Hold On'] wasn't a song that I was even trying to write. I was just talking about the death of my dad, and asked a lot of personal questions about myself."

We could not be happier that the country music industry and his peers are finally taking notice and recognizing Dierks for all his talent that we've been in awe of  for years!

Check out the categories and other nominees below. Which one(s) do you think Dierks has the best chance of winning? Post your thoughts in the comments!

Song of the Year (Award goes to songwriters)"Automatic," written by Nicolle Galyon, Natalie Hemby and Miranda Lambert
"Follow Your Arrow," written by Kacey Musgraves, Brandy Clark and Shane McAnally
"Give Me Back My Hometown," written by Eric Church and Luke Laird
"I Don't Dance," written by Lee Brice, Rob Hatch, and Dallas Davidson
"I Hold On," written by Brett James and Dierks Bentley

Single of the Year (Award goes to artist and producer)"Automatic," Miranda Lambert
"Drunk on a Plane," Dierks Bentley
"Give Me Back My Hometown," Eric Church
"Meanwhile Back at Mama's," Tim McGraw featuring Faith Hill
"Mine Would Be You," Blake Shelton

Email ThisBlogThis!Share to TwitterShare to FacebookShare to Pinterest
Labels: 48th annual CMA Awards nominee, Album of the Year, Dierks Bentley, Drunk On A Plane, Five, I Hold On, Male Vocalist nominee, RISER, Rolling Stone, Single of the Year, Song of the Year