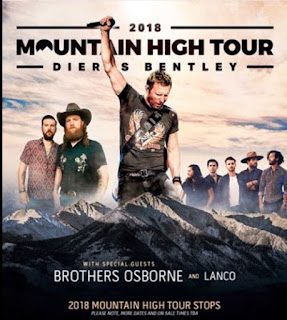 Dierks Bentley announced his 2018 "Mountain High Tour" this week in a unique way--by channeling his inner Billy Bob Marley, yet another persona to add to his growing repertoire of characters. (Remember Captain Holden Johnson of Drunk On A Plane fame, and Big Rhythm Doug Douglason from 90's country band, Hot Country Knights? And then there's the 2017 bluegrass jokester, Dirty Doug, where Dierks opened for himself on the What The Hell Tour!)
Supporting acts on the Mountain High Tour, Brothers Osborne and LANCO, played along. How did they all keep a straight face? Looks like this tour will be full of awesome "mountain" music, on a path to enlightenment!

The tour kicks off in Columbia, Maryland, May 18 and presale for fan club (DB Congress) starts tomorrow, 1/24 at 10am eastern! Take a look at the rest of the cities so far and start thinking about your DRTs (Dierks Road Trips). You're gonna want to see this tour more than once!

As soon as we know more dates, we will update the list! *All dates below are tentative (except 5/18), based on Country Megaticket website--they are NOT official yet!

Join The Congress today at dierks.com to get access to fan club presale tickets and Meet & Greet opportunities! 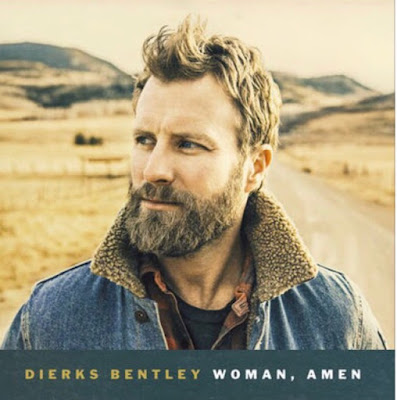 New Album Announcement (And So Much More) From Dierks This Week

If this week is any indication of how 2018 with Dierks Bentley will be, we're all on the ultimate ride!

After almost two rare months of silence on his social media channels, and a very sad, blank space where his profile photos used to reside, fans and media channels started to notice something was going on. Even his website, dierks.com, went blank except for the tour date listings.

Then the clues (and subsequent social media frenzy) began.

Jan. 2, fans caught a--no kidding--6-second clip of clouds.
Jan. 5, a 9-second clip of Dierks' feet and backside hiking up some rocks.
Jan. 7, almost 12 seconds of forrest ... and Dierks hiking through it.
Jan. 8, just shy of three seconds of Dierks at the top of a mountain, taking a moment.
Jan. 9, 11 glorious seconds of Dierks hiking once again, but this time, with one of the best shots I've ever seen (anyone else with me?) of him taking it all in. Seriously. This has album cover written all over it.

Was this teasing a new album? (It has been almost two years since the release of Black, so that made sense. Plus we knew he was recently writing in Colorado.) Was there a new single coming out? What was going on?

The following clip (with a minute and a half teaser of the title track) was released with a note that you can now preorder The Mountain at dierks.com:

Does anyone else have chills?

At the same time, all profile photos switched to a nature-inspired logo, confirming the title of the upcoming album, The Mountain. 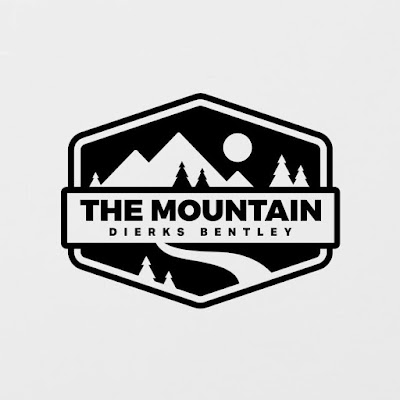 Thankfully we didn't have to wait long for more. Just 30 minutes later, his Facebook, Twitter and Instagram announced he would be live in two hours and would be collecting questions for the following hour using #TheMountain. There's no doubt why the hashtag was trending by the end of the day.

As hundreds flooded the platforms with their questions, hundreds more rushed to dierks.com to pre-order their copy, only to find a unique, iconically Dierks, surprise. You can order "a key to The Mountain." It's not just the key code to download your copy of The Mountain when it is available (plus enhanced features and content), but you'll get a literal key necklace engraved with words inspired by the album itself. You can pick between Strength, Humble, Freedom, Grateful, Believe, Hope, Faith and Grace. (Some have questioned where Congress is, but that's for another blog!)

These positive, uplifting, full-of-heart words all describe the man behind the music. If these are words inspired by the album, this could very well be the most self-reflective album yet. #humble

(A bonus for those who have ordered their key--you can use the emailed code to watch a video message from Dierks and see a handwritten copy of the lyrics to the title track! Which lyrics resonate most with you?)

He confirmed the album concepts in the live interview (where he answered a dozen questions, a couple of them we know were from DBC reps!).

In this interview, while we don't get an album release date, he does confirm the first single, "Woman, Amen," will be out Jan. 17. Thank goodness we don't have to wait long! #grateful

"Family has always inspired me. I think the first single shows that. Life. Living. Just that feeling of not just being alive but of living, going for stuff. That's probably more of what the whole album is about. My family is obviously the core to that."

His absence, he notes, is because he's been busy #living the music. We can get on board with that.

As for his inspiration for the album, the same day, Dierks' team put out an incredible behind-the-scenes QnA article, fully diving into the making of The Mountain. It's definitely worth a read, DBC.

In the live interview, he adds this descriptor: "I'm trying to take a lot of sounds from Up on the Ridge and blend them with the sounds from Black. 'Mixing the bluegrass with the kick ass.'"

Don't wake me. I must be dreaming.

We're ready to climb The Mountain with you, Dierks.

Posted by DB Congress at 5:18 PM No comments: