Exclusive DB Congress Interview: Behind the Scenes With "The Daughter" in Dierks Bentley's Riser Music Video

After three consecutive number one singles at country radio (I Hold On, Drunk on a Plane, Say You Do) from the 2014 "Riser" album, Dierks Bentley finally released the inspirational title track as a single in late June--his goal all along.

A few weeks later his ACM Awards Live performance of "Riser" was released as the video, and while it was a beautiful production, many wondered if and when there might be a "story" video.

No more waiting! The Guardian launched the true story music video September 3, which follows the struggles of a formerly homeless mother of two--Amy Thomas--as she rebuilds her life.


"I really wanted this video to reflect the 'risers' among us. So, when it came to casting, it was important to me that the storyline follow something real - no acting. The first thing I thought when I met Amy was you would have never known that she had been living out of her car with two kids and nowhere to go. Hearing her story is such a solid example that there are people we pass all around us every day who are going through tough times. It's dedicated to all the 'Risers.'" ~Dierks Bentley


Excerpt from The Guardian article: "The song, which was written by Travis Meadows and Steve Moakler, struck a chord with Bentley, whose father died in 2012. He says finding time to grieve while trying to be a good husband and dad (Bentley and his wife had two children at the time, three now) wasn’t an easy task, but it had to be done. “People are counting on you to get your shit together,” he says. Unsurprisingly, the lyrics of Riser’s chorus resonated: “Hey, I’m a fighter/When darkness comes to town, I’m a lighter/A get out aliver of the fire/Survivor.”"


Twelve-year-old, 7th grader, Emma Vance from Nashville, was cast as Amy's 'daughter' in the video. With the help of her dad, Todd, who contacted us on Twitter, Emma graciously agreed to answer our questions about her experience. 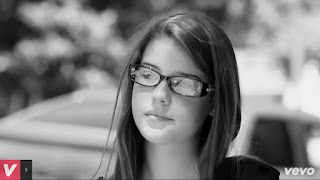 DB Congress:  We see you’ve already been featured in other music videos and commercials, some with your dad.  Tell us about those!

Emma Vance:  All of my acting experiences have been fun. especially the ones with my dad. I think my favorite thing to shoot, not including the Dierks video, was a music video for Casting Crowns - Broken Together.

DBC:  How were you chosen to be in Dierks Bentley’s Riser video? How did that come about?

EV: My agent sent me the audition notice and  I wasn't sure how I did until about two weeks later when my dad got the email.

DBC:  In the video, you portray the daughter, but you still go to school and can be seen studying Biology.  What is your favorite subject in school?

EV: My favorite subject in school is probably Language Arts because I enjoy writing. 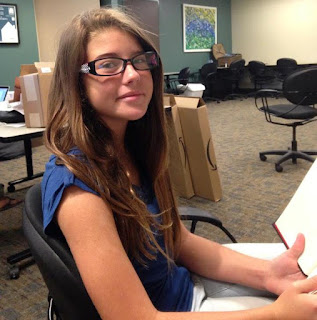 DBC:  How did the Riser video experience compare to your other videos and commercials?

EV:  The riser video experience was the biggest thing I've done so far and it took the longest to shoot so it was much different from what I've already acted in before.

DBC:  You were a brave “big sister” to the little boy and for your “mom” in the video.  How did you get yourself  ready for the emotions you displayed throughout the video?

EV:  I met the actual girl I was playing, so I just tried to put myself in the place and mindset that she could've been in.

DBC:  How much did you know of Dierks and/or his music before getting the job?  Did you know the song (Riser) prior to being in the video? Have you been to a Dierks concert?

EV:  I've loved a bunch of his songs, though I hadn't listened to "Riser" before I found out about the audition. I have never been to a Dierks Bentley concert, but I would imagine that it would be super fun!

DBC:  Do you think the video is uplifting or sad?

EV:  I think the video was definitely emotional, but I see it from an uplifting point of view.

DBC:  What was your favorite scene in the video and why?

EV:  My favorite scene in the video would have to be when the kids are going to sleep in the car and the mom looks at the cross at the church because I saw it from the perspective of never giving up hope in the Lord.

DBC:  That was an inspirational scene! For us, when the cop (Kevin Grace), knocked on the window of the car and that tear dropped out of the little boy's eye, that's when the water works started!

EV:  I actually never got to meet Dierks because the parts of the video he shot were separate.

DBC:  How long did it take to film the entire video? Did you have to miss and make up any school work?

DBC:  Tell us about working with and being directed by Wes Edwards.  The shot of you laying your head on the mom’s shoulder at the end was perfect and ties nicely with the lyric: “lay your pretty head down on my shoulder.” You made it look so natural!

EV:  I really liked working with him. He communicated what he wanted us to do really well and made it super easy. I would love to work with him again someday.

DBC:  What was your favorite memory of the day?

EV:  My favorite memory would probably be when we went to the lake and before we started filming, we fed the geese. 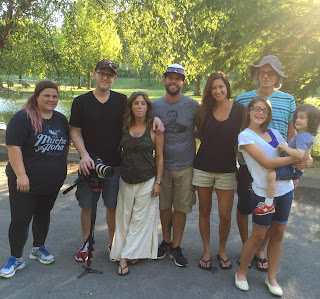 DBC:  What does being a “Riser” mean to you?

EV:  To me, being a Riser means staying strong in a tough situation and having hope that you get through it.

With the help of Nashville non-profit Safe Haven Family Shelter, Amy was able to receive critical education, support and guidance that helped her make a successful return into her own home. Amy shares her story in more depth in this behind-the-scenes footage from the video shoot. To watch, click here.
Ronna
DBC Chair (FL)
Posted by DB Congress at 12:07 PM