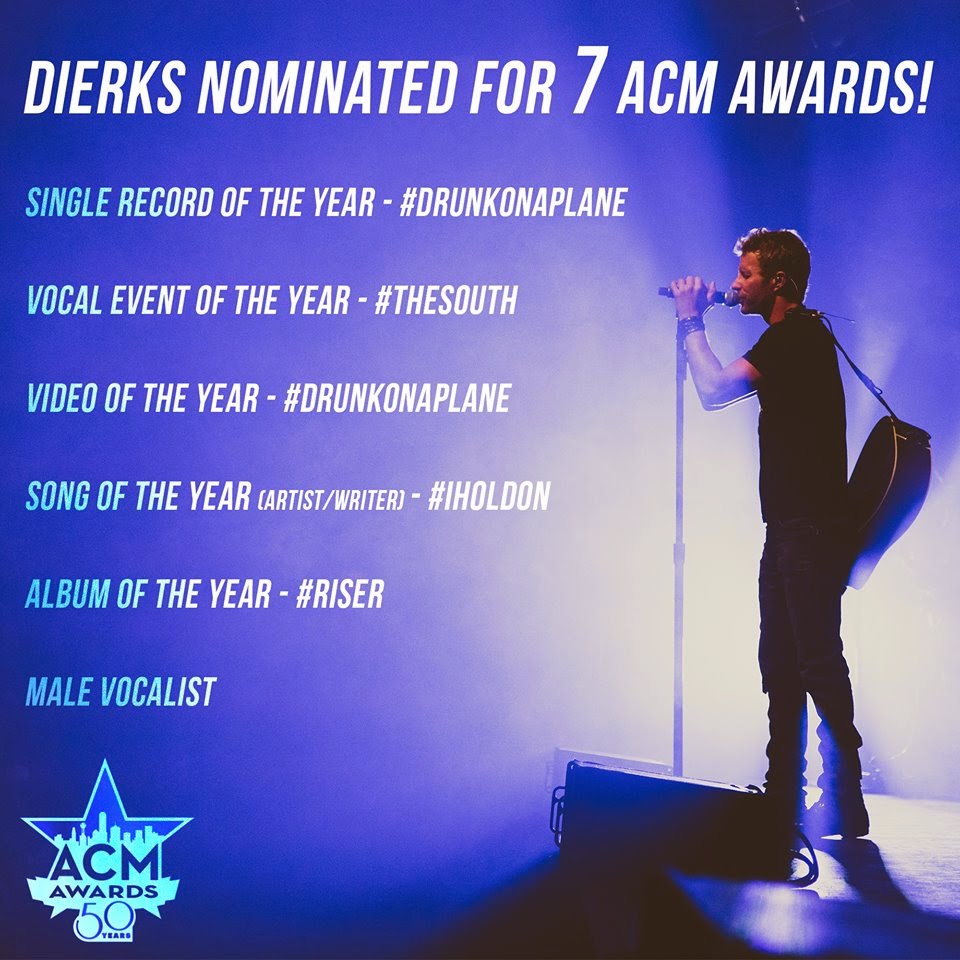 Once again, he leads the male nominees with 7, only surpassed by female gal-pal, Miranda Lambert with 8 nominations. Bentley was also the most-nominated male artist at the Country Music Association's Awards in November.


"I like the number seven. It's my hockey number. It's my lucky number. This is my seventh album. It's always been my number, and it wraps this whole album up really well to have seven nominations. It's like it was meant to be, but it sure was unexpected. I'm just thrilled for sure. I've just got great people who believe in me, sometimes more than I believe in myself and really go to the wall to get my songs heard."

Not to mention he grabbed a Grammy nomination for Best Country Album (Riser)--his 12th Grammy nod, winners to be shown on the February 8 CBS broadcast at 8 pm.

While the five CMA nods garnered Dierks a win for Video of the Year, Drunk On A Plane, it was awarded off-air.

With seven ACM nominations this year, do we dare get our hopes up that he gets at least one win, and can we go one step further and cross all our fingers that he gets to give a speech live, on the show?  This has got to be his year, right congress?

Here's who he's up against: