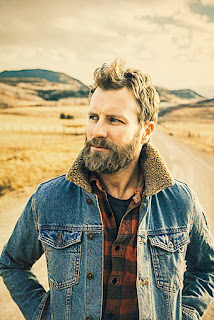 Musician, artist, humanitarian, husband, dad--the titles for Dierks Bentley are endless, but there is a new one that can be added to the list: executive producer.

Though not confirmed by Dierks' team, the news took over the Internet Oct. 22 that Dierks' is slated to produce a new comedy show on Fox along with his manager, Mary Hilliard Harrington. We've learned they have teamed up with Jack Burditt, best known as the creator of the hit shows Last Man Standing and Modern Family.

The first to break the news, Variety said the show is "a single-camera comedy that has received a put pilot commitment at Fox. The untitled series is set in a Nashville bar, where singers and songwriters go to chase their dreams, or maybe just to fall in love if only for a night."

Sounds a bit familiar, no doubt, to Dierks, who got his start in country music in a very similar fashion--chasing his dreams on lower Broadway. It makes you wonder if there will be an opportunity to film some on location at Dierks' own bar in Nashville, Whiskey Row ... or even a personal appearance from The Dude himself?

There has been no word yet on when this show will air. But we have our tvs ready to go!