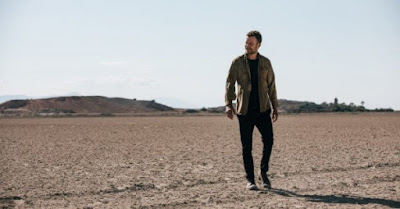 It's no surprise a music video with a song title of "Burning Man" would be filmed someplace hot, but even Arizona native, Dierks Bentley, wasn't prepared for what the Palm Springs, Calif., desert held for the video team in the July heat.

"I’m from Arizona, and this was hot. I felt bad for everyone involved,” Dierks said when reflecting on the video shoot.

Several members of the crew experienced heat stroke, vehicles got stuck in the sand; there was even a rattlesnake tamer with them at all times.

But ... anything less and this video wouldn't be fitting for the song itself. And the video turned out exactly how they wanted it.

After the sun went down, though, the energy shifted, and the team soaked up the desert air. With the stars out and nothing else in sight, the other side of the burning man came to light.

“We went absolutely crazy,” Dierks said. “It felt so good—we had the music cranking, we were in the middle of nowhere and the stars were coming out. The fun we were having was true to a fault, we didn’t have to fake that at all.”

Joined by Brothers Osborne duo--T.J. and John--"Burning Man" is a reflection on Dierks' life, where he's come from and where he wants to be. 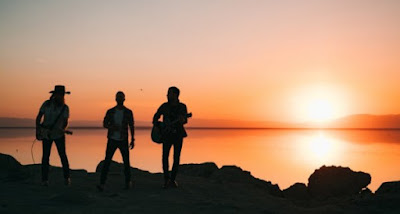 "I live in these two completely different worlds,” Dierks said. “I’m in my house in Nashville right now and I’m about to fly to San Francisco to do a show. And it’s not just physical, but also mentally I am always switching gears and trying to be successful in both of them. One day I’m doing something with [my] four-year-old with a bunch of their moms and the next I’m on stage ... I’m knee-deep in adulthood. I thought it would be fun to sing [this] with someone who doesn’t have three kids and isn’t as far along as I am or as old as I am.”

Directed by Wes Edwards (who also directed "Black," "5-1-5-0" and "Riser"), the video pulls in elements that Dierks fans will recognize from his career journey. It includes footage from every era of his music career, clips of his family, even a subtle nod to his Riser logo.

Dierks' heart, passion, contemplation, and joy radiate throughout the video, continuing the 2018 trend we've seen from Dierks in his introspective year.

"I wanted [this video] to be about my own journey in music--how many nights I’ve been on stage and the years I’ve put into this—who I am," he said. He added in a different interview, “This song is a personal reflection and it was important to me that you feel that with the video."