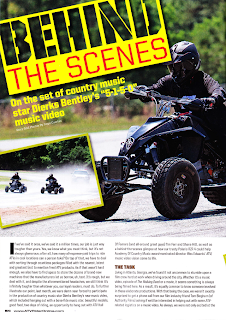 Even ATV Rider is loco for the video.  The September/October 2012 issue of the magazine features a 6-page article, of a "Behind The Scenes" look at Dierks's on the set of "5-1-5-0."

They were asked to help out out with some ATV related
logistics on a music video. Director Wes Edwards called them with the details.

"Alright, so here's what we want to do, we want to get a couple of guys on completely blacked-out racing-style ATVs to drift at really high speeds in front of a rapidly pursuing while simultaneously drifting police car. We also need to stage a big mud bog scene with mudding quads and trucks, which we might already have handled. We also need some sort of machine to film from; it has to be able to safely and smoothly transport three cameramen over rough terrain at about 60 mph."

When ATV Rider found out who the video was for, they had to Google "Dierks" since country is not their favorite music genre, but then quickly realized this was a big deal!

"At a few minutes past three o'clock, Dierks and his band made their way to their makeshift stage and absolutely rocked the place. Country may not be the top musical choice of our staff, yet we were blown away by the band's energy and willingness to interact with their fans."

After what felt like three hundred different takes and performances of the song "5-1 5-0 " the film crew had gotten the camera angles that they needed. Much to the crowd's delight, Dierks and several of his bandmates decided to take his own personal truck for a run through the mud pit.


"It was really great to see that a guy with that sort of celebrity status is actually that down to earth."


By the end of the article, ATV Rider was sold on Dierks and encouraged their readers to check out the video. "Show that dude some love for shining a positive light on ATVs and buy his new album Home." 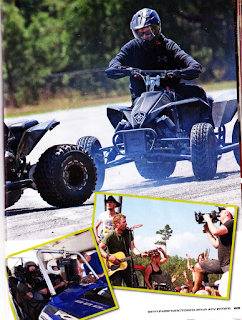 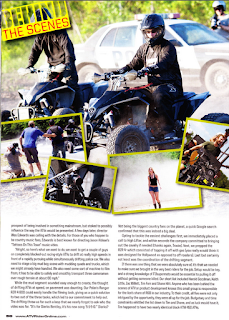 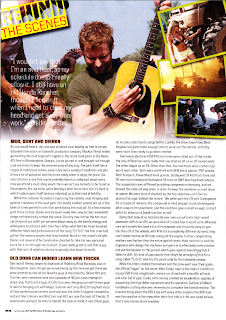 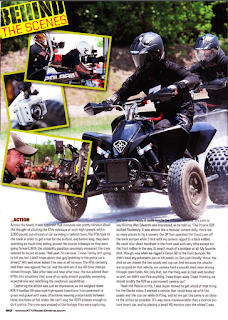 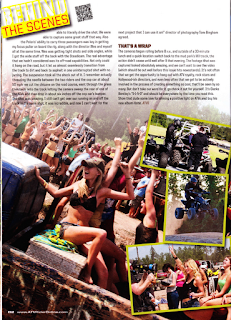 Special thanks to DB Congress member, Harriett (NC), for sharing her husband Jimmie's subscription to ATV Rider magazine with us! Great find!
Posted by DB Congress at 3:48 PM