Dierks Sells Out Red Rocks! DB Congress Reps Came From Near and Far!


Red Rocks Amphitheatre is a geological phenomenon – the only naturally-occurring, acoustically perfect amphitheatre in the world, with an elevation of 6,450 feet in Morrison, Colorado.  It literally and figuratively takes your breath away.  From Sting and The Beatles, to opera stars and U2, every artist aspires to play on this magical, spiritual and emotional stage.

Dierks Bentley has performed at Red Rocks twice before and I was there both times!  This year, on August 16, 2012, he sold out ALL 9,450 seats and I'm sad to say I wasn't in one of them!  But many of our DB Congress family were!  Dierks was excited to say the least and went on a Twitter picture spree: 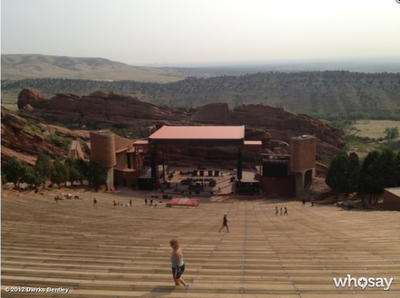 "9,450 of you joined us for the completely sold out show at Red Rocks Amphitheatre in Morrison, CO. Here's a great shot!" 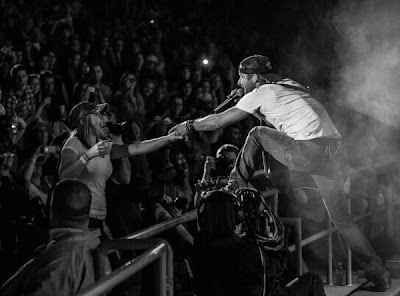 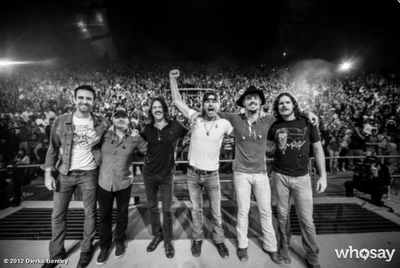 Long term Colorado DB Congress rep, Janet Cornish, shared with us her top three highlights of the Red Rocks show:
Janet also attended the Sterling, CO Dierks show the week before and had a run in with some "special" drunk college kids.

"A fight broke out which involved me. Some girl decided to pull my hair so I would move. But Monica (her daughter) and the people around us got me out of the way before they punched. After they pulled my hair the girl standing behind Monica grabbed the girl by the hair and pulled her to the ground. Monica got punched in the arm trying to get me out of the way before they got her out of there. Dierks watched the whole thing unfold right in front of his microphone.  During the M&G at Red Rocks, Dierks asked Monica if we were okay and said he was sorry for the rude behavior. Now how sweet was that! Monica said we were all fine and the worse part was 'they picked her favorite song to start trouble'."

That favorite song was "Tip It On Back," which should have helped those "special" concert-goers to mellow out--it didn't.

"The highlight of my trip was just being there at Red Rocks with my DB Congress friends who are as passionate as I am about Dierks' music," says Kathy. "Of course seeing Evie on stage was special and the fact that it was D's dad's 89th birthday seemed to make him more emotional." We actually knew he was going to do "Thinking of You" because earlier while we were having lunch we could hear him rehearsing it. The cell phones all lit up made for cool pictures."

David, Heather and Kathy met at the Denver airport, then jumped in a rental car and drove three hours to the August 15 Wyoming show. "It didn't have the scenic view of Red Rocks but it was a sold out State Fair show that housed 4,500 fans," David remarked.  "D showed us lots of love that night, letting us sing into the mic, and slapping hands all night long. And chatting with Cassady (Feasby, bassist) is always big fun! We were totally exhausted by the time we arrived back to our rooms at 5:50 am."

The next day is a memory David say he will forever cherish. "Learning some of the history of Red Rocks was interesting to me. Just so glad that I got to witness my favorite artist at this historical venue. You could tell he was having a blast! The rock formations made for some awesome lighting effects - loved that! It was all kind of surreal at the time, but it is a memory that will last forever. Dierks said he can't wait to go back and I can't wait to see him there again!"

Dierks and daughter Evie sing "Thinking Of You" from his Home album.  This is only the second time he's had her on stage singing with him.  The first being at his Home CD release party at the Ryman.

DBTV Episode 76 features Dierks and his band at Red Rocks - running up the steps before the show: