Recap of Dierks at Joe's in NYC: CMA Songwriters Series

DB Congress Cabinet member, Tara Toro, reps for Dierks in New York and is our DBC Facebook page researcher.  She was fortunate to get tickets to the sold out CMA Songwriters shows at Joes' Pub in NYC on September 13, 2012. Check out her inside scoop below!
Joe's Pub in New York City is such a fantastic venue to see live country music. It is very intimate and reminds you of having a show in your living room since the place only holds 160 people. So when it was announced Dierks would be there on September 13 for a CMA Songwriters series, I knew I had to go. I had seen him there a few times prior and it was amazing. I was very blessed to have gotten tickets for both the 6:30 pm (stage seating thanks to my friend) and 9 pm shows.

The show basically goes in a round, each songwriter playing a song acoustic and telling a story about or related to the song. That night with Dierks it was Jim Beavers, Jaren Johnston from the Cadillac Black and CMA Songwriters Series host Bob DiPiero, who has written more hits than you can imagine.

Dierks first sang, "Am I The Only One," adding that “special third verse” he always does, this time adding in lyrics about bringing country music to NYC.

His second song was "5-1-5-0."  He told the story which we all know about how he and Jim wrote the song. He also talked about how he was at a school that day in the city and had no idea what to sing to a bunch of 4th graders. He said he told his wife his songs work for a bunch of rowdy people in a bar and she said those type of people and 4th graders are kind of the same.  Dierks sang a few bars of Dora the Explorer to us in the crowd, but then said when he got to the school, some of the kids were singing "5-1-5-0," so he sang that song for them. He said he was happy to be a part of CMA bringing music into classrooms.


After that, he sang Home and as his final number went “back to the beginning” and did "What Was I Thinking."  All of his songs were so well received with everyone singing and clapping and having a great time. Bob said,  “they love the sh—out of you Dierks,” to which he and Jim responded, “ew.”

At some point he dropped his pick into his guitar and lifted the guitar over his head shaking it until it finally came out about one song later. He also demonstrated how Conway Twitty never used to announce his own songs; his bass player would do it while Conway went to the back of the stage for a drink. So Dierks went to the back of the stage, back towards us while I believe Jim did announcing.

The camaraderie between Jim, Dierks and Jaren was evident from the get go. Dierks said Jim was one of his best friends and seemed very proud that Jaren was there. Instead of Bob introducing Jaren, Dierks did the honors. You could tell he sort of has taken him under his wing and is friend and mentor. Dierks said one of his favorite lines is from Jaren’s song, "I’m Southern": I’m Southern and it ain’t my fault, my daddy came from Louisiana like the hot sauce.” 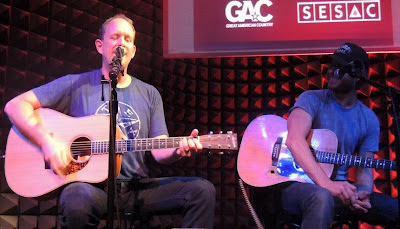 Jaren was fantastic, but joked that no one knew him and playing his songs after Dierks was the worst place to be in the round. They played, "The Woods"  together, a touch off at first because they each like to play it in a different key but then they got in sync. Jaren joking around said that Dierks had promised him it would be a single and how disappointed he was. They also joked around that Jaren’s song for Keith Urban, "You Gonna Fly," knocked "5-1-5-0" from the top spot. 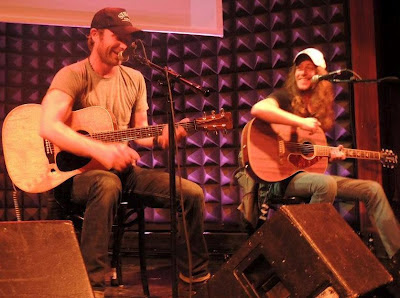 The 9 pm show was just as fantastic. It started out with them joking about Jim changing his shirt while everyone else wore the same clothes. They also kidded around about how "Red Solo Cup (Toby Keith)" and "5-1-5-0" are sure to have their lyrics engraved on the Country Music Hall of Fame. Dierks teased Jim about how he never offered him RSC and being friends he should have given him that song.

Dierks sang all of the same songs as the first show, adding "Grab A Beer" with Jaren.  By that time it was almost 10 pm and you could tell they definitely grabbed a few beers. The show closed with "Home." 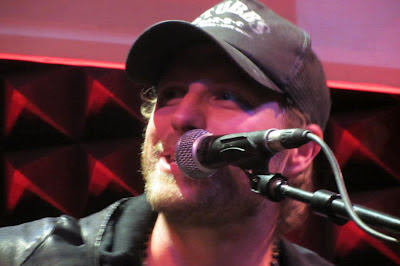 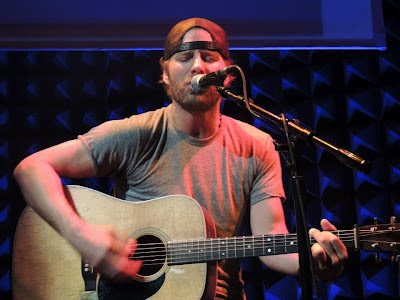 Lucky for me, I had a street and greet after the show with Dierks and got Jaren to sign my Cadillac black CD.  I cannot wait until the next time Dierks is at Joes Pub! 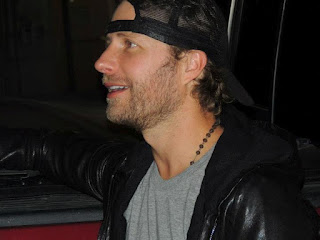 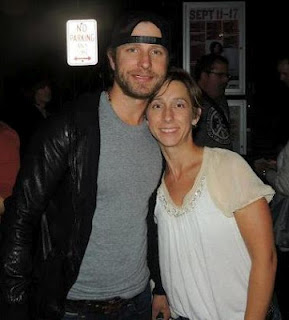