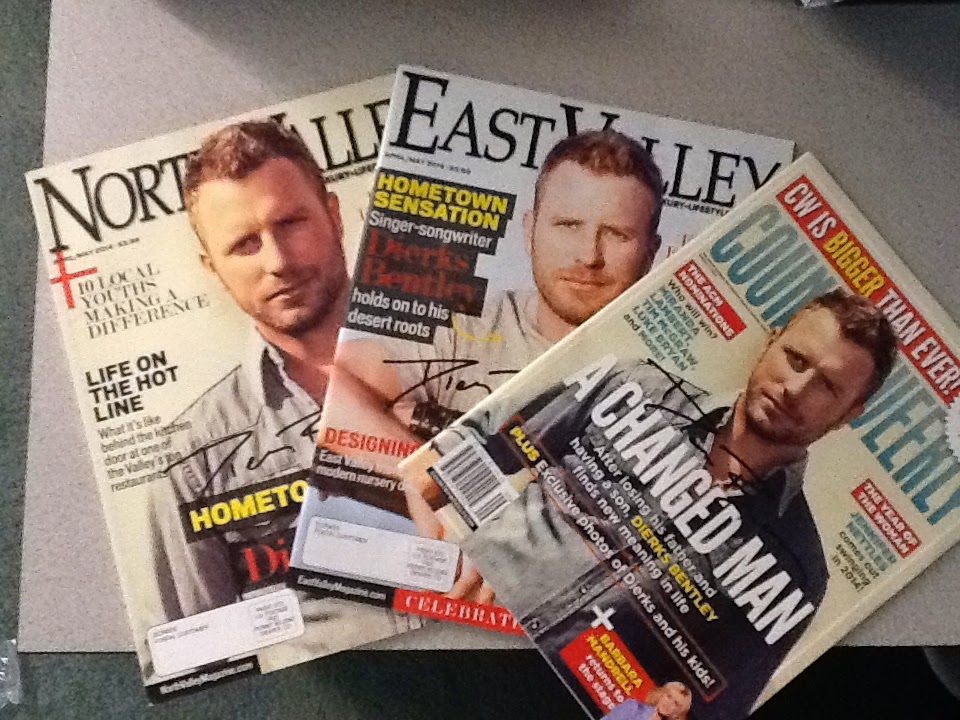 Dierks is covering a lot of magazines lately, with feature articles, and he signed a few for us.  You can win one by voting for Dierks!

The 2014 CMT Music Awards is next week (June 4).  Our prez will be performing AND he's nominated for the CMT Performance of the Year award!  We only have a week left to vote!

CMT Performance of the Year | Category consists of musical performances on a television show, series or variety special on CMT. Honor is awarded to the artist.

Dierks Bentley and OneRepublic are nominated for their performance of "Counting Stars," from CMT Crossroads.

"I voted @DierksBentley for CMT Performance of the Year & I'm entered to win from @dbcongress! Vote and RT! http://tinyurl.com/mtpmpf8"


Since you can only vote once, it is critical to get everyone you know to vote, too!  We will draw winners on Tuesday, June 3. Good luck!

The results will air live on the CMT Music Awards on Wednesday, June 4th at 8 pm eastern/ 7 central time.