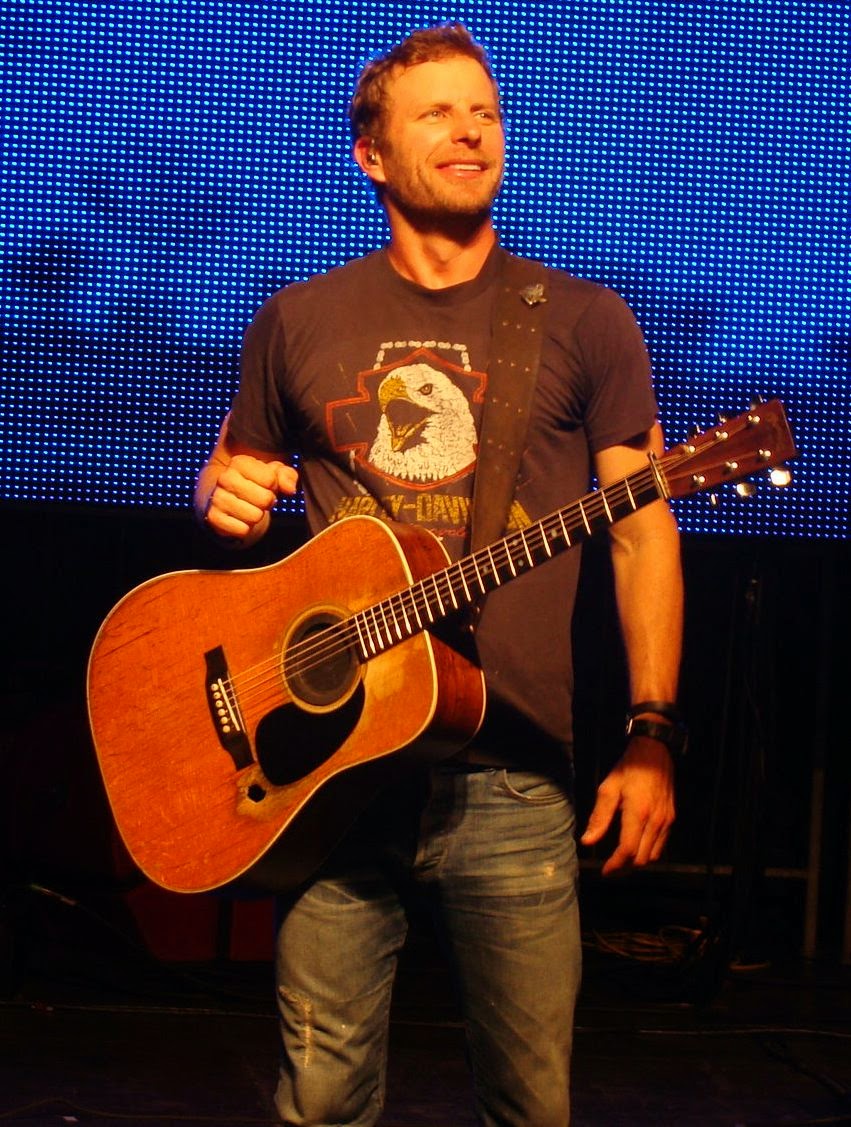 Dierks Bentley had plenty of reason to smile big, in awe of the crowd on September 28, 2014.  He broke his own record Sunday, raising $335,479 for the kids at Monroe Carrell Jr. Children's Hospital at Vanderbilt, in Nashville, Tennessee. That topped the 2013 amount of over $307,000.

The Miles and Music For Kids celebrity motorcycle ride and concert marked his ninth year and more than $2.6 million for the kids all total.

This year, a pre-event creative campaign gave a jump start to the annual fund-raiser with, Riser bird flockings and "flock" insurance.

DB Congress (fan club) reps were feeling a mix of emotions-reverence, respect, and pride for our DB Congress president and all he has accomplished because of  his huge heart! He truly does 'give it all he has to give,' to borrow a line from "Up On The Ridge." Many of them shared their most memorable moments below, happy to support him and the kids in this worthwhile event.

I loved it when he gave a shout out to George Jones' wife, Nancy, (who was watching from a roof top building) and talked about how he influenced him.  When he gave a shout out to DB Congress for being there and mentioned Riser birds and the pilots in the crowd, I know my friend Jessica and I were proud to be part of congress and we were repping our pilot outfits! It was fun having people ask us for pictures and why we did it.  Loved Dierks' reaction to the total dollar amount raised! I honestly thought he was gonna cry. - Adrian Taylor, NC

It was my first MM4K. I loved everything. The way people from all over the country gathered to support Dierks and his cause was amazing. Dierks had so much positive energy and it radiated to the crowds.  I will make this a definite annual trip!  I just love my DB Congress buddies. Best fan club ever! - Brandy Knight, MS

My two favorite parts were when he presented the check to the hospital and his intro to "I Hold On." That story never grows old. The truck, the guitar with George Jone's autograph....awesome when a superstar remembers and appreciates where they came from. Class act, DB!
- Greg Birkmann, MO


Watching Dierks hang out with his peers side stage is always fun, you know he's having a blast. It really does feel like CMA fest, except the weather is better and you know your money is going towards something worth while! - Takara D., MO

I love seeing the families of Dierks, Dude Inc., and the guests. The fact that the event is family-oriented makes it all more special. Here is a great pic that I love.  - Meredith Mauer, SC

Funny thing though... Moses was trying to take pics or videos of dad, Brian Layson! He was so focused! - Kristin Houghland, IN

Dierks is one of a kind! He has a heart of gold and appreciates his fans! He knows without the fans he wouldn't be where he is today! Proud to be a member of DB Congress and a long time fan!
- Lee Ann Boyle, NE

My favorite part was that he acknowledged that we had been with him on the road the last four days. He knows when we are there! - Sandra Grubb, NC

I love how excited he is about playing in Nashville, not only that but the joy he gets from giving back to people. He's such a humble, great guy! I also loved how he brought his mom along with him!
- Katie Prater, TN

I love both making new friends and meeting up with "old" friends. Traveling alone isn't so bad when you know your DRT friends will be there. Picking them up from the airport and sharing a favorite spot for lunch is especially fun. For me, Saturday night's Indy concert was the first time D never seemed to know I was at a show. Knowing he's gotten so big that so many people are there to see him and that he is so in the moment of entertaining and enjoying every minute of it is bittersweet. Seeing him on Sunday at the dealership saying quick hellos to everyone, getting a hug and a how are ya... Always great. When I told him awesome show last night, he looked at me and questioned "you were there?" I think he felt bad for not having seen me, and yet you could tell he seemed humbled that fans would drive such distances to attend multiple shows back to back. He's the real deal folks!
- Kristin Houghland, IN

Two highlights for me were the check presentation and his shout out to us for following him for four shows in a row. -Kathy Butler, IN

David Mattingly, DBC rep in Kentucky, coordinated the annual pre-party for MM4K9. They had dinner/drinks and some card signing at Joe's Crab Shack in downtown Nashville Saturday night before the ride/concert on Sunday.   Reps brought with them some 'Get Well' cards for the children at Vanderbilt. "This is a huge hit and the hospital staff appreciates and acknowledges our efforts," David posted.

Each rep and each of the 176 get well cards received a Dierks Bentley guitar pick from the current Riser Tour. Janet Marlborough flew in from California to help sign cards and posted this photo: 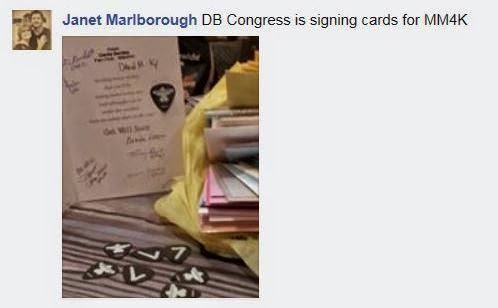 Storme Warren, Sirius XM The Highway (Master of Ceremonies) and Ricky Kelley, Harley-Davidson of Columbia tell the crowd all the many states and Canada that all the riders came from! 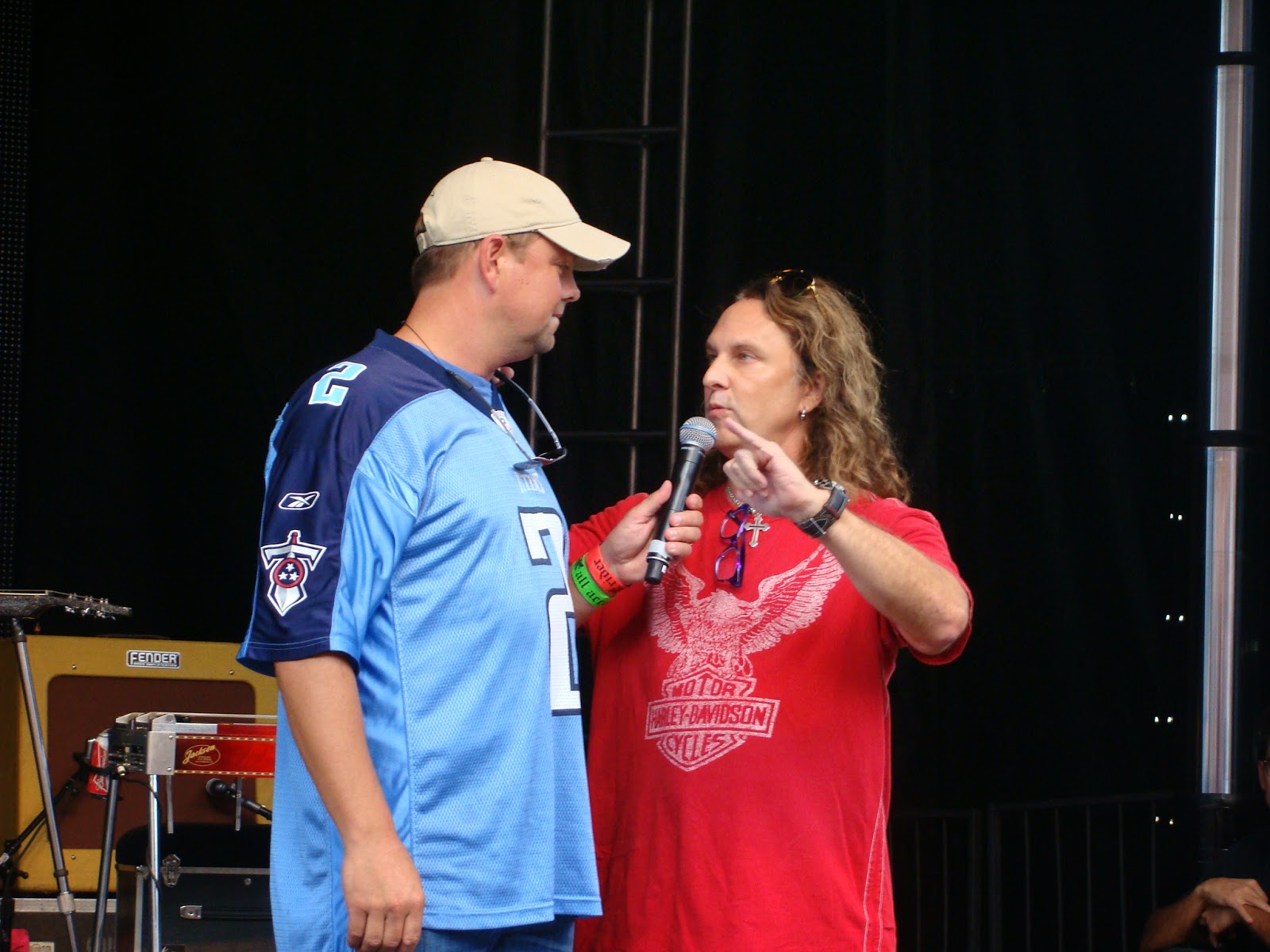 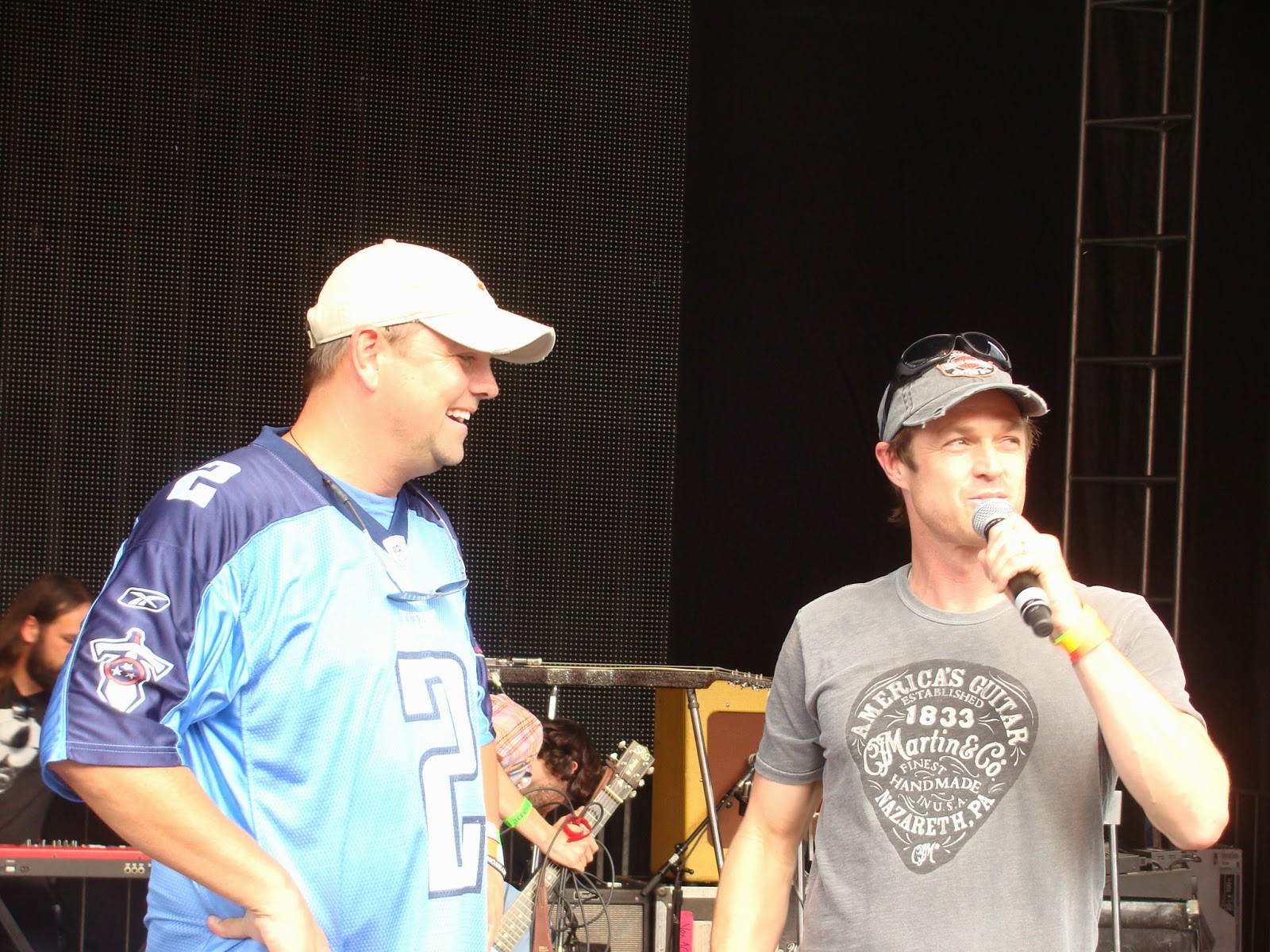 People magazine captured Dierks and baby boy Knox (who turns one on 10/9) and Dierks and his mom, Cathy, who rode on the back of his bike with him to the Riverfront 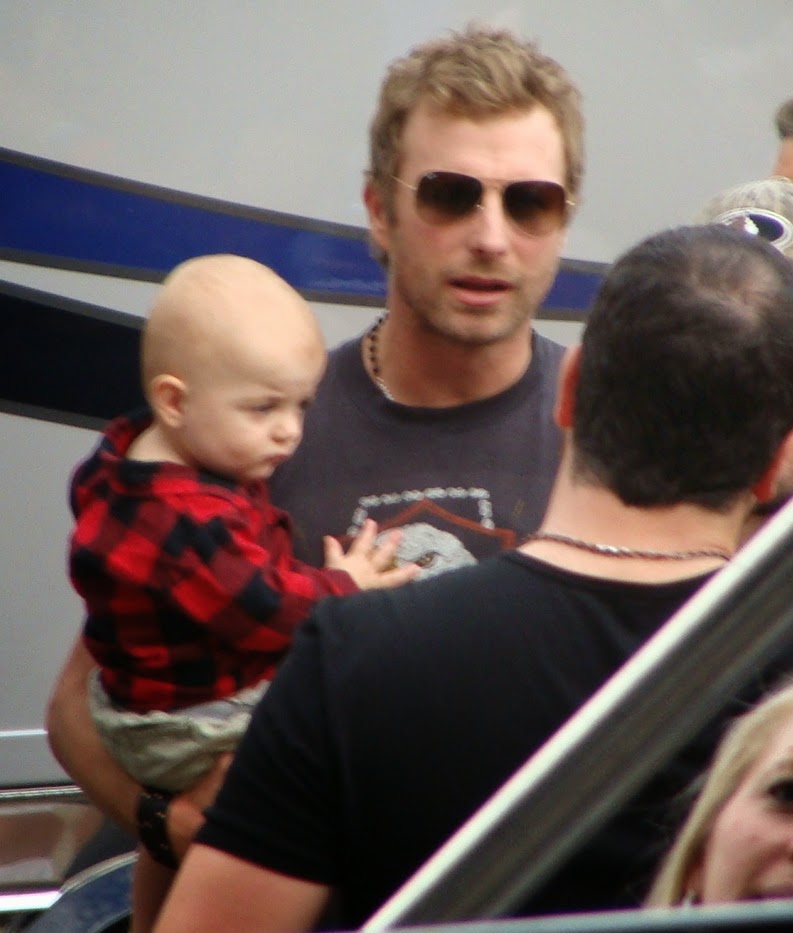 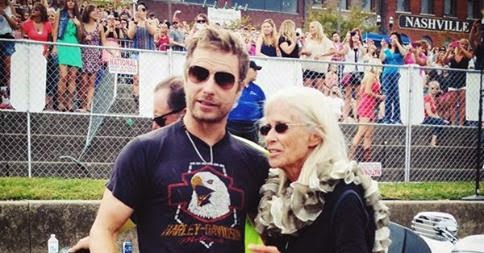 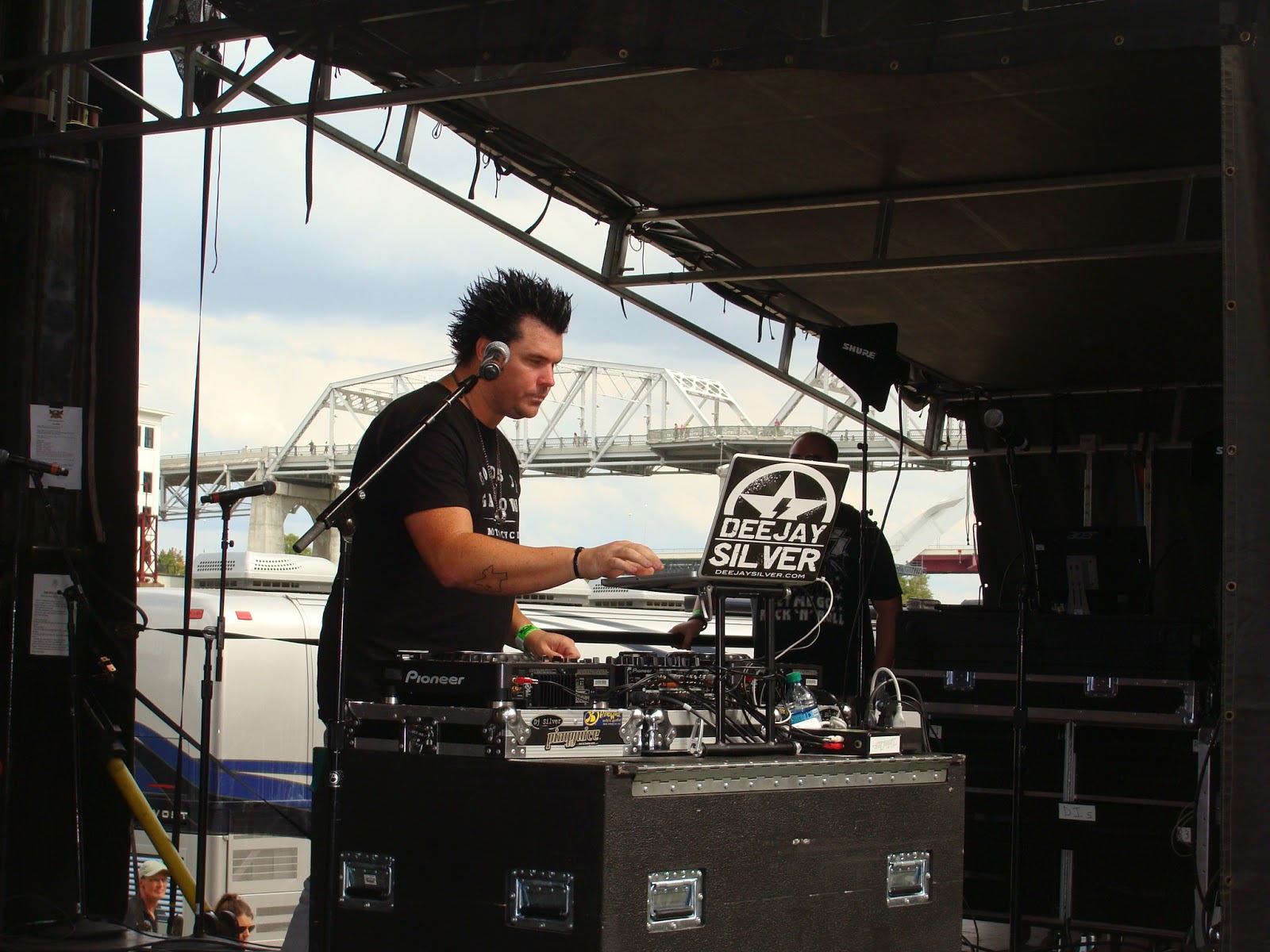 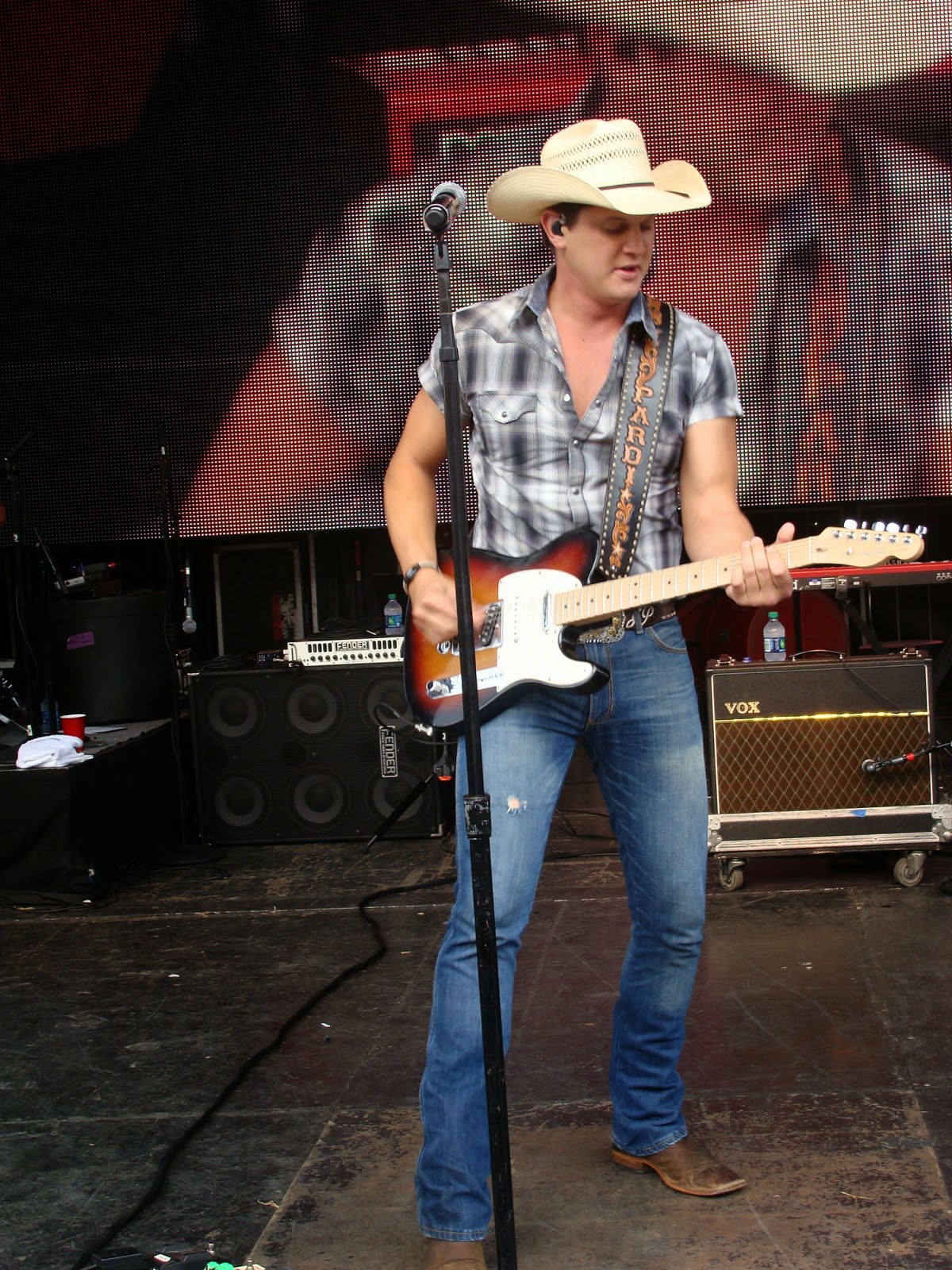 Randy Houser, backed by Dierks band, wowed us. Then finished his set solo, with a goose-bump version of "Like A Cowboy" 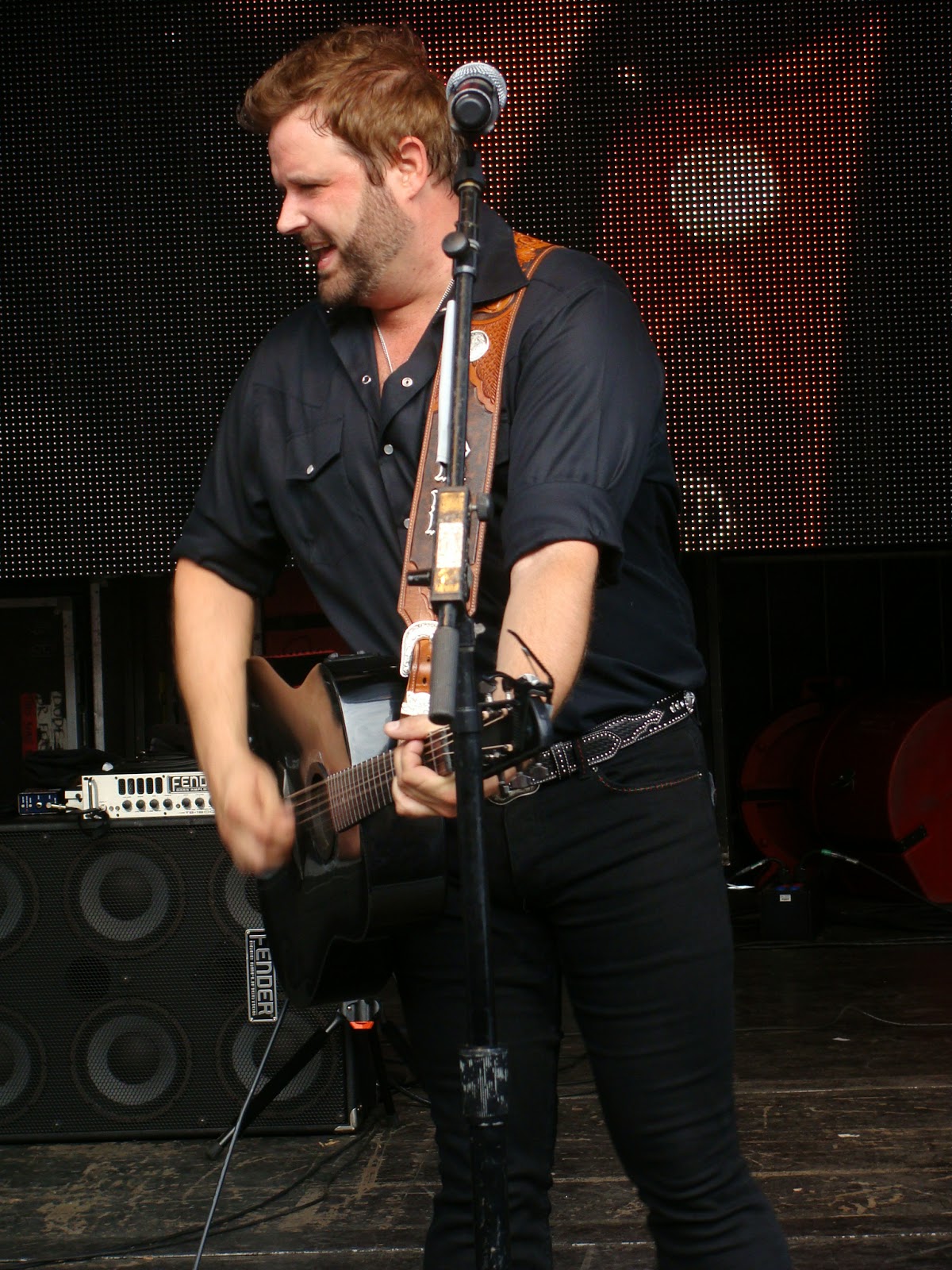 Kip Moore performed a moving acoustic rendition of "Hey Pretty Girl" after several of his hit songs with Dierks's band backing him. 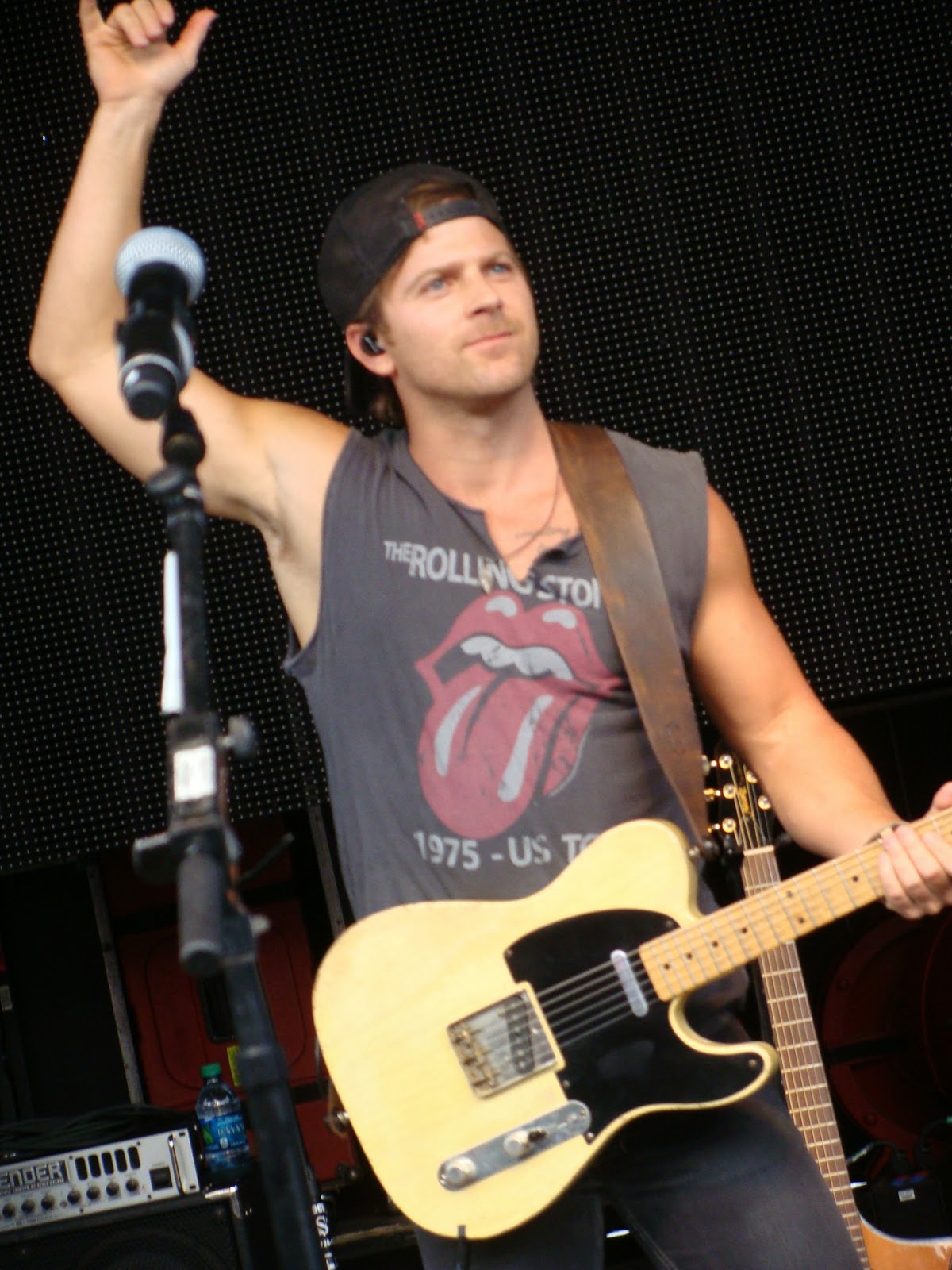 Chris Young couldn't say enough good things about Dierks, after being on the Riser Tour with him, then launched into his power ballads 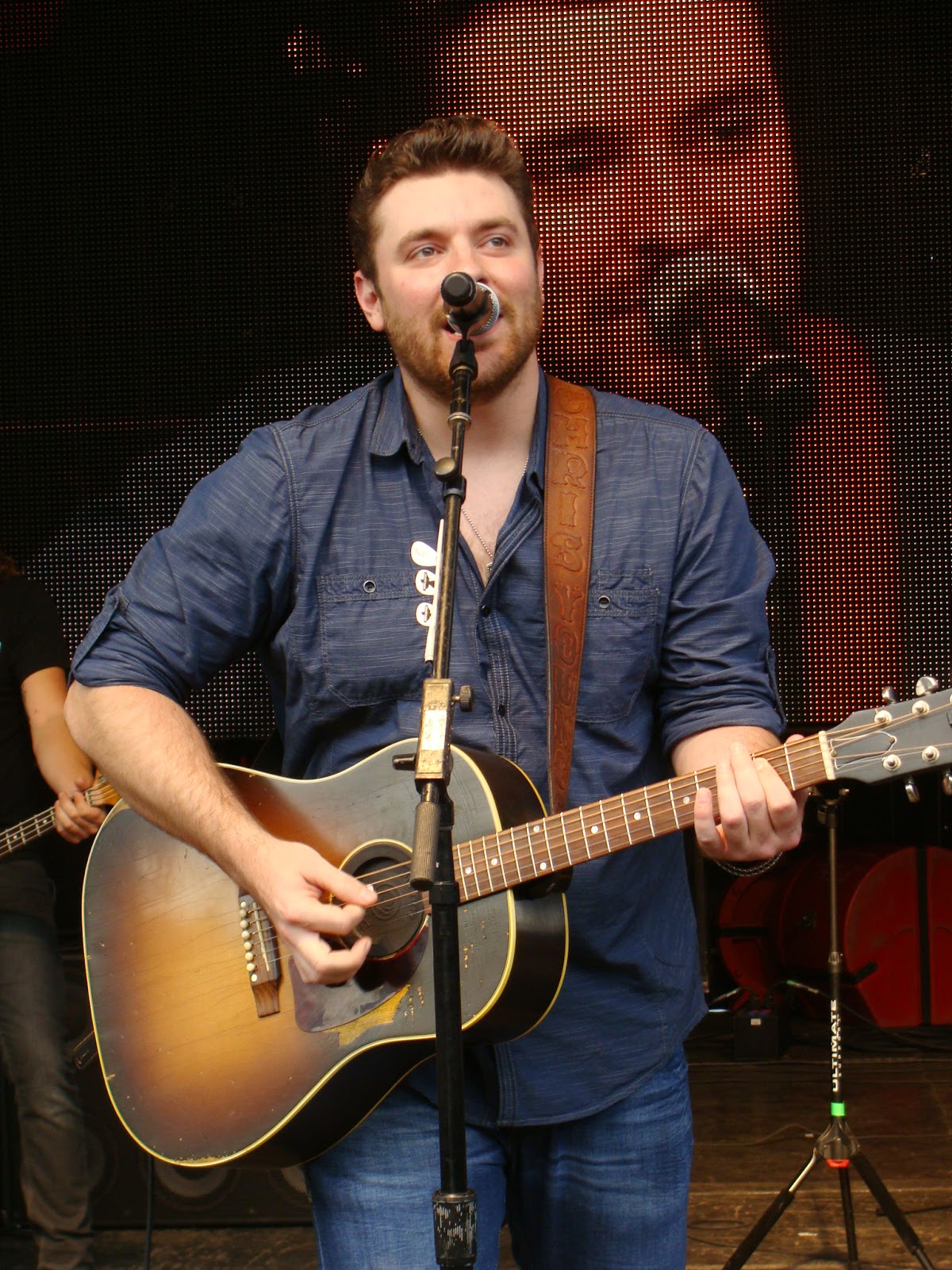 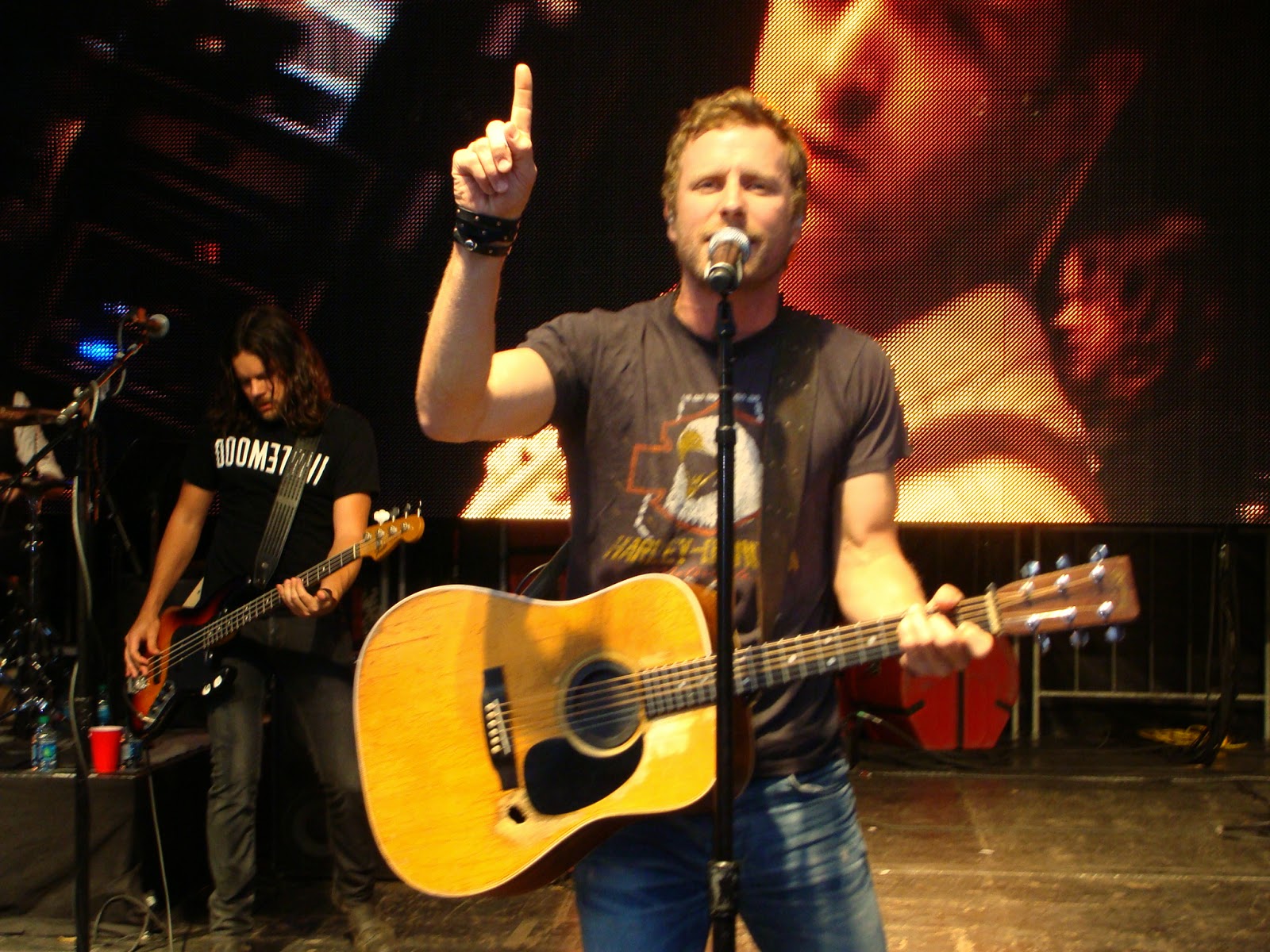 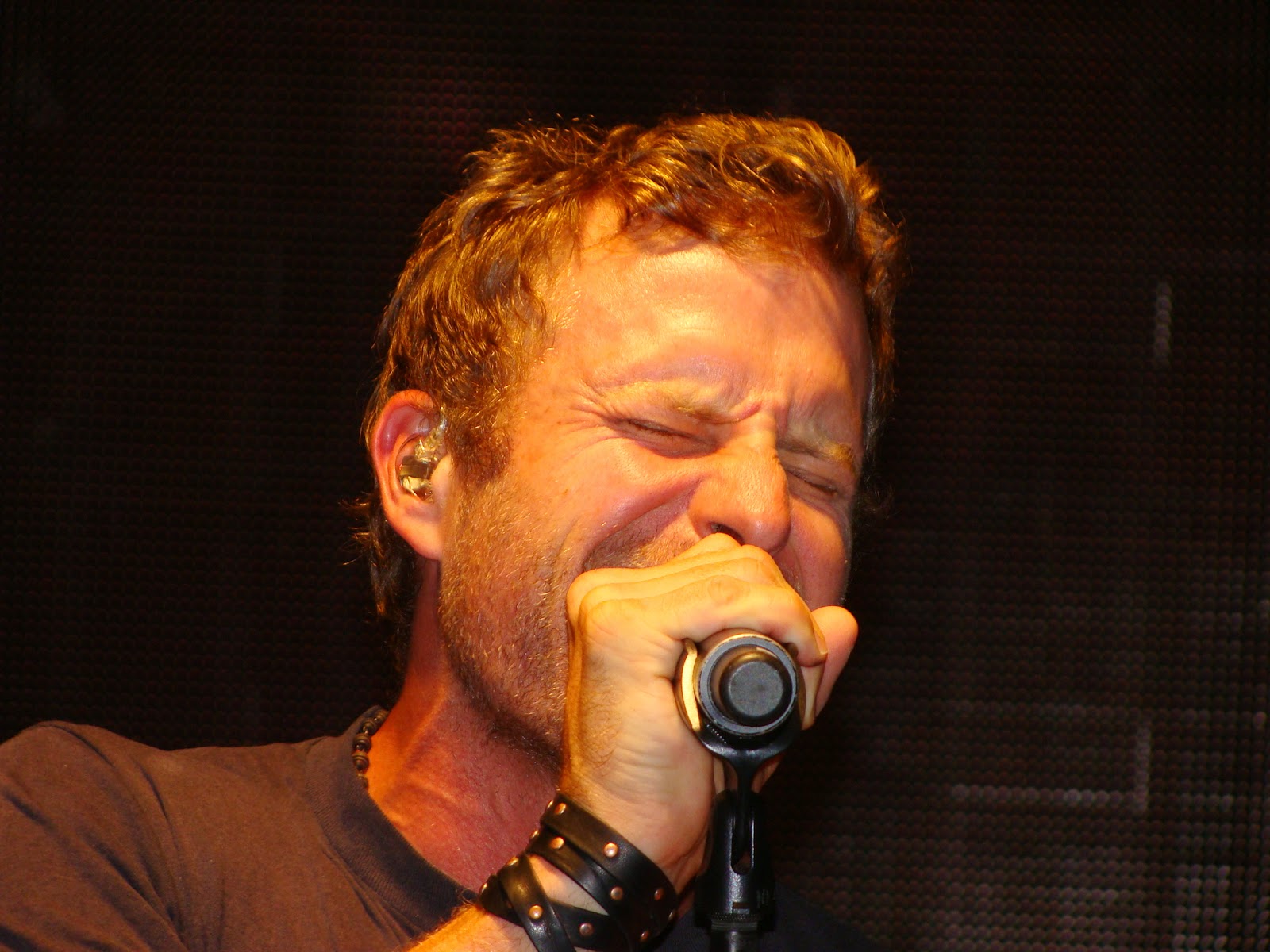 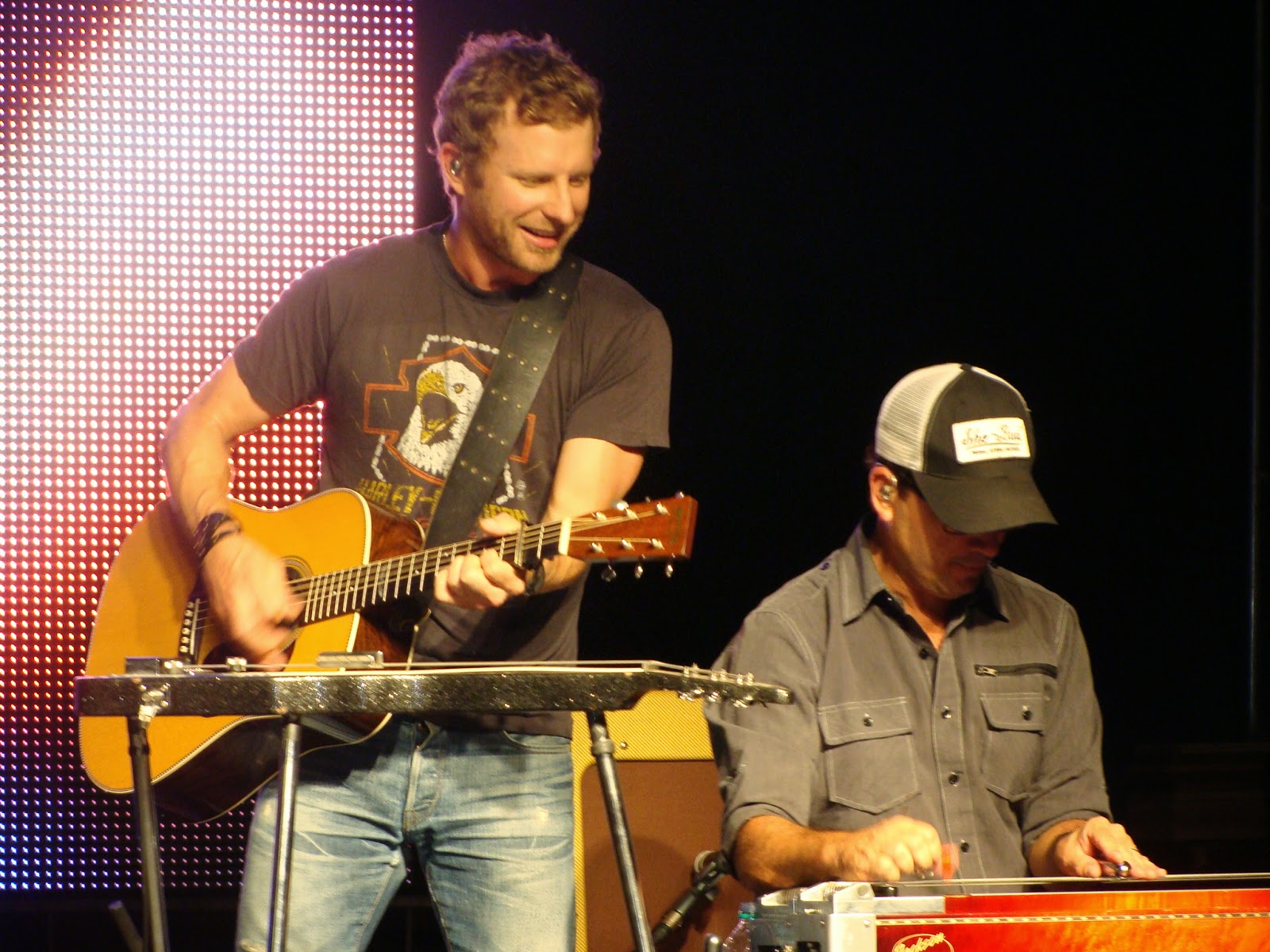 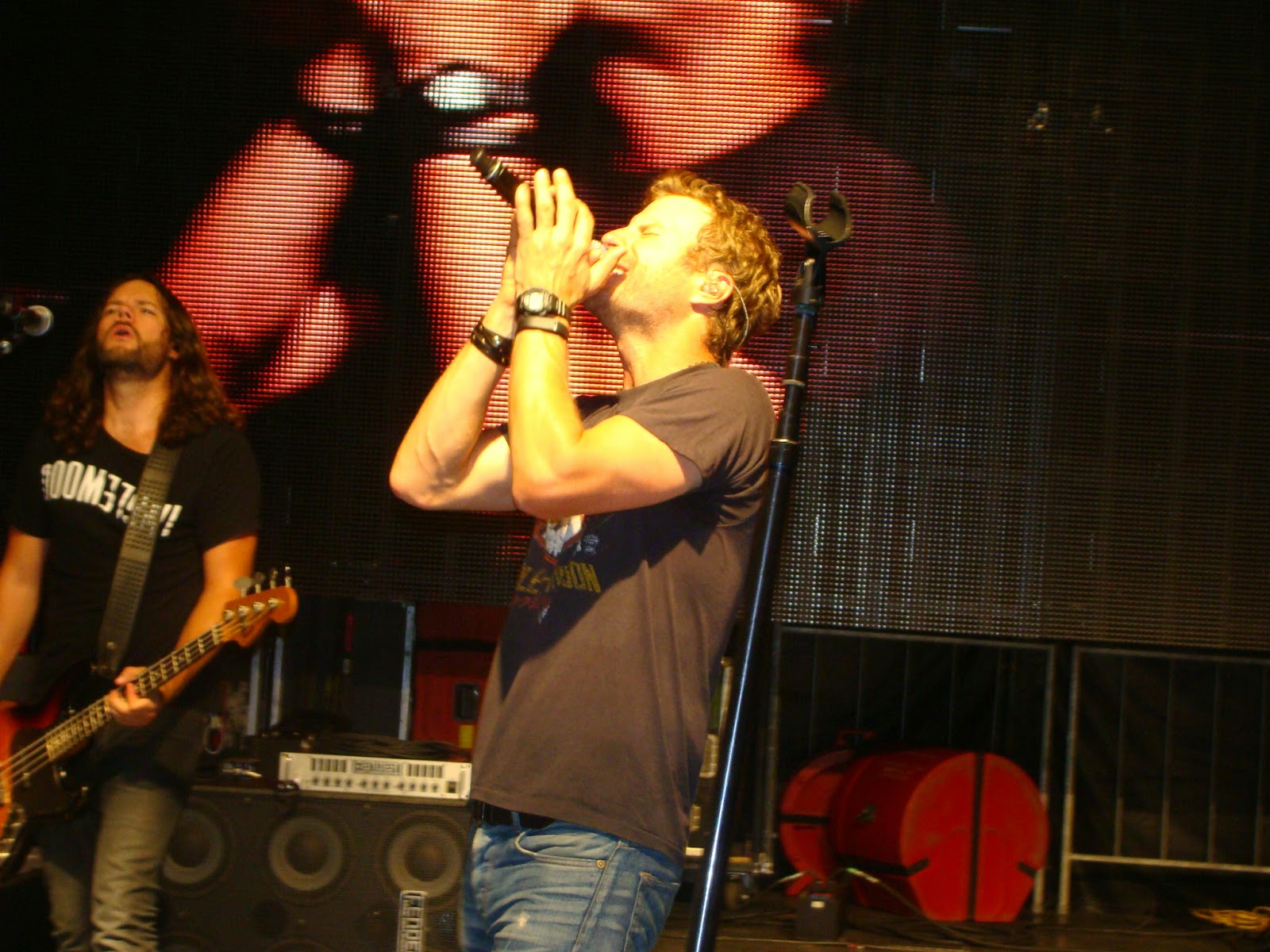 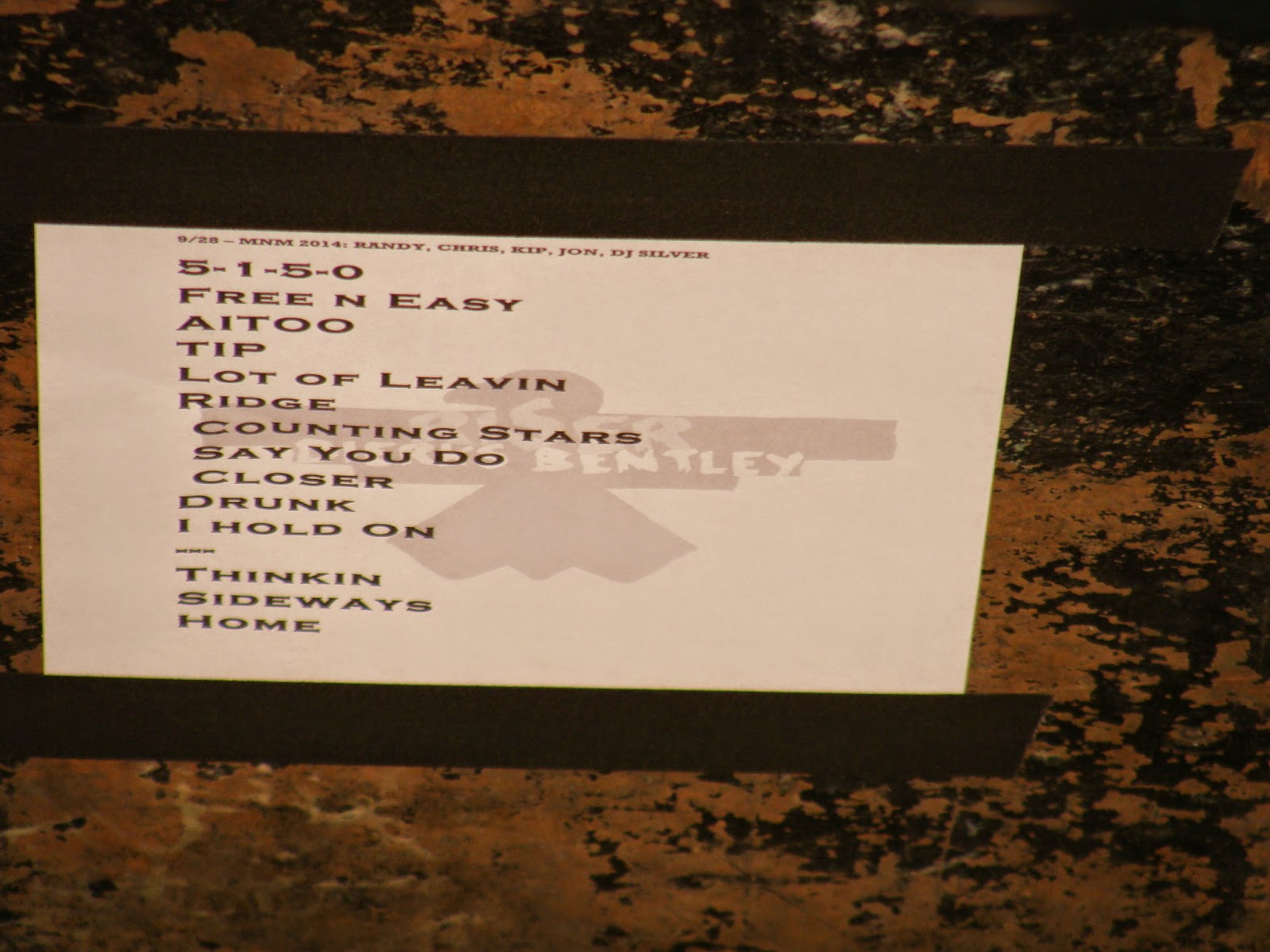 Dierks said he saw a lot of fans in the audience that came to show after show and he was always trying to find something to make the same show a little different and special for them.  One way he thought was to sing his new single, "Say You Do":


It is about the money... "We've come a long way from passing a Gatorade bucket around with Dalton."

Guess all that pre-event flocking helped boost the total! 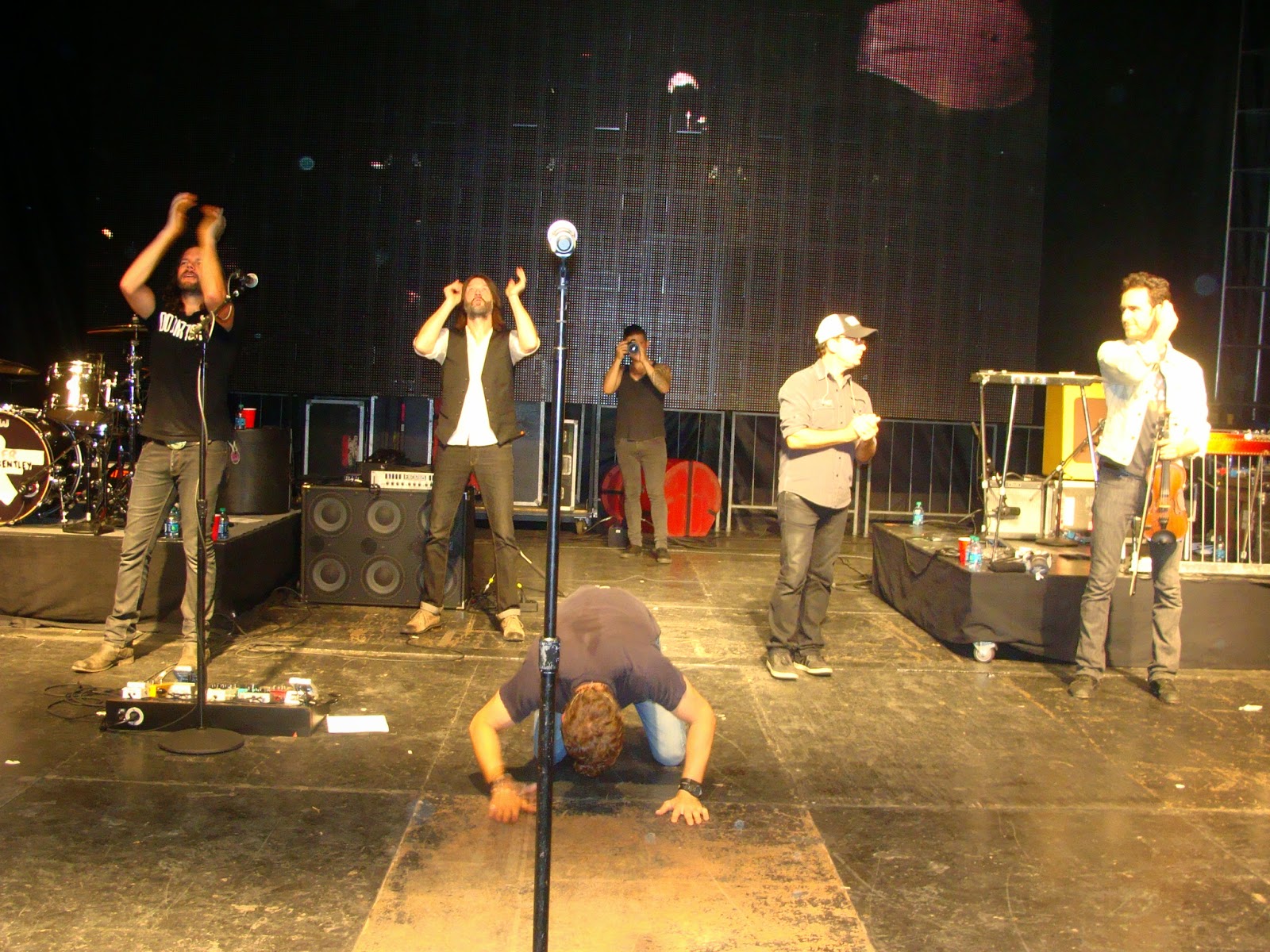 And one final with Brian Layson's son Moses! 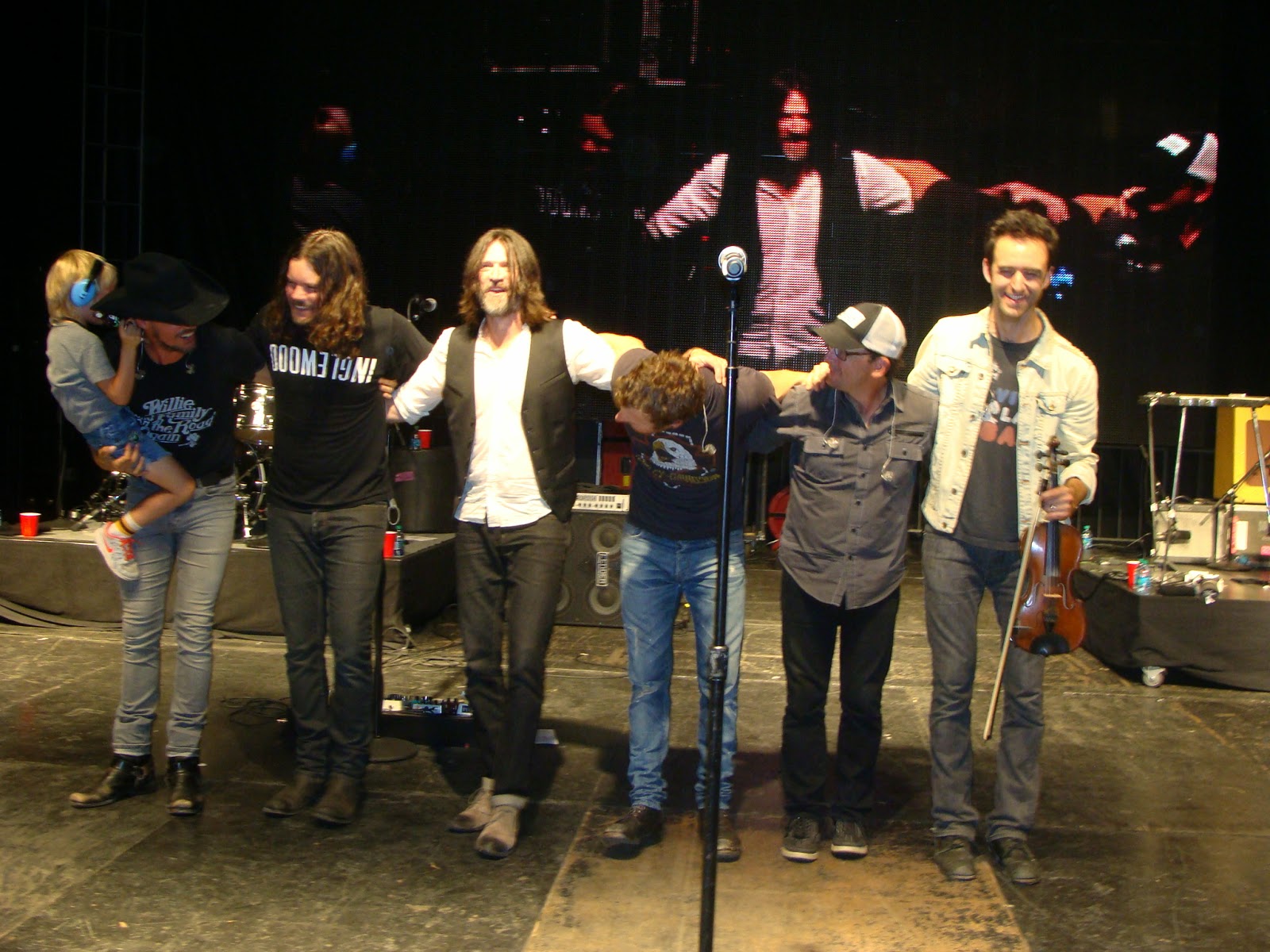