While the Vegas flair was prevalent throughout this year’s ACM Awards—from bright lights and stage design to colorful attire and appropriately-colorful humor—there was one thing that remained a true classic: Dierks Bentley.

Hosting the show with Luke Bryan (the pair affectionately known as “Lurkes”), Dierks brought charm, wit, four wardrobe changes (okay, we lost count), and raw talent to the stage. A viewer poll through Gold Derby reports that 84 percent say the show’s hosts were “AMAZING! Hope they come back next year!” 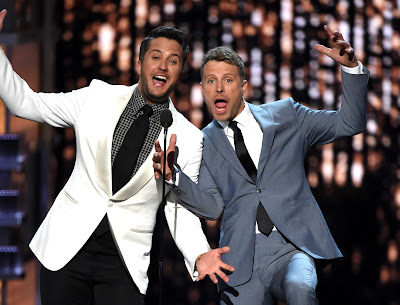 In addition to comedic antics from Dierks and Luke, such as fishing in the Bellagio fountain, swinging together with Cirque du Soleil, and even posing for wild photos with the Thunder from Down Under (encouraging Aussie Keith Urban to “strap on the chaps!”), the performances ruled the show. 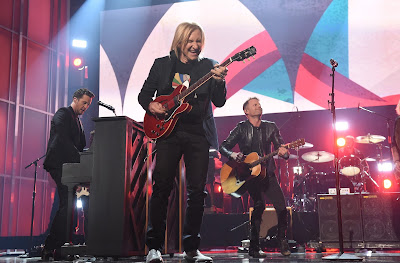 Dierks fans didn’t have to wait long to hear a live rendition of one of the songs that has been gracing our speakers since last May, performing “Black.”

The Boot describes this performance accurately, saying, “Sometimes the best performances are the simplest. Bentley proved that if your song is strong enough, you don’t need pyrotechnics or dancers to captivate the crowd. Wearing a white T-shirt and jeans, Bentley did what he does best: perform."

For those watching (already obvious to the Congress!), it’s clear that performing is Dierks’ sweet spot. In classic form, he was quick to engage with the crowd, swaying and singing to the music while holding hands with those in the front.

Luke even took a turn singing “Black," jokingly, to himself, as a wax statue from Madame Tussauds. Dierks quickly told him to stop, exclaiming, “My wife’s out there! Don’t ruin the song for me!” 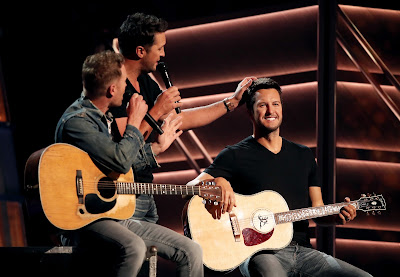 Near the end of the night, “Flatliner” with Cole Swindell, had the entirety of Vegas rocking! From Keith Urban getting down in the audience to Jason Aldean singing along, everyone was on their feet. There is no question the two have a blast working together. As Billboard said, “The duo's high-energy performance [ironically] had heart and pulse rates elevated throughout T-Mobile Arena.” Cole even ended the song saying, “I will never forget this moment. Dierks. Thank you so much.”

We will never forget it either, Cole. 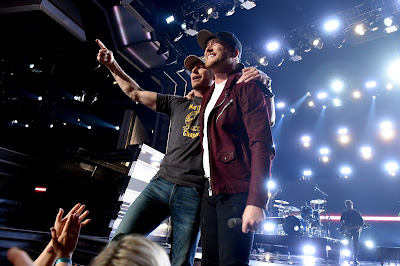 And oh, the attire. From jeans and t-shirts to a perfectly-fitted light gray suit with white button down and black tie, Dierks let the 15 million viewers know he can pull off anything (including the attire he and Luke donned to make a play on Thomas Rhett’s closet)! 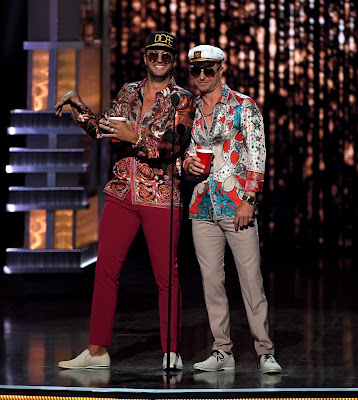 Even Sounds Like Nashville jumped on the Dierks train. “While Bentley may have kept it simple for the night, there’s no problem with sticking to the basics when you look like that.”

Even Dierks’ wife, Cassidy, stole the spotlight on the red carpet. 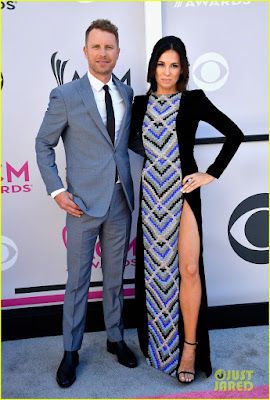