January kicked off beautifully for Dierks Bentley fans around the world, with the album announcement, tour announcement, clothing line announcement, and release of his newest single "Woman, Amen." Still climbing the charts three months later, it was only a matter of time that we'd get a chance to see the artistic expression of this empowering, uplifting song through a music video. And, once again, Dierks shows he's all heart.

In the style of his Riser video, Dierks uses this medium to share a real story and hope it inspires others to action. This time, he chose mother-daughter duo, Jennifer and Sydnee Floyd from Nashville, Tenn. 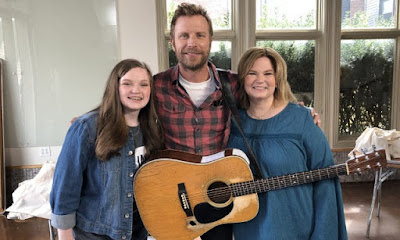 "I was really drawn to their real life experience, and I wanted to do a video based on real people with real struggles and real triumphs," he said. "These are the people I get to meet every day, and they are really the ones who have inspired this music."

According to a news source in Franklin, Tenn., Sydnee was born with PFAPA, a syndrome that results in fevers and sore throats, and EDS, a condition that affects the connective tissue in her body. After dealing with bullying and other hardships, the pair decided to move "to a big town" and a fresh start. There, "Sydnee took bullying and turned it around, she used it to motivate herself to do more for others."

With their hearts broken for the homeless community, they regularly volunteer for a local organization, putting together toiletries and essentials kits to distribute to those who are homeless.

The video shows just how much of a positive difference they are making in their community. 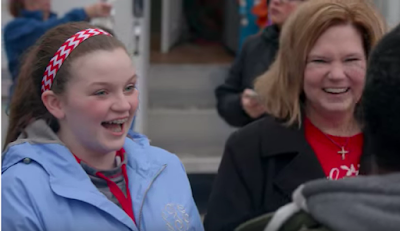 “Jennifer and Sydnee make everyone around them want to do more, to be better … it was an incredible honor for me to honor them,” Dierks said. “I hope that by shining a light on the completely selfless volunteer work they do, it will maybe inspire other folks to do what they can in their own communities."

But, it wouldn't have had the same effect if Dierk's team had simply called Jennifer and Sydnee to see if they would be interested in being featured. No. Dierks needed to be in on the action. And what a surprise it was! Here's the backstory:

On April 9, we knew the video was on its way with a behind-the-scenes video Dierks posted through his Instagram page.

tune in + watch @entertainmenttonight for an exclusive look at what happened next... #womanamen
A post shared by Dierks Bentley (@dierksbentley) on Apr 9, 2018 at 9:05am PDT

The next day, after the video was released, Dierks shared this full clip. Instant smiles and instant tears.


While pretty much anyone I know wouldn't be able to say "YES!" fast enough, Jennifer responded in the most humble, gracious way (letting all of us know he picked the PERFECT story for this song).

As Jennifer said in a later interview, “Sydnee and I are so excited and deeply humbled that Dierks Bentley thought we were special enough to help share his song. We hope that this video touches your heart like it does ours. New life motto #WomanAmen.”