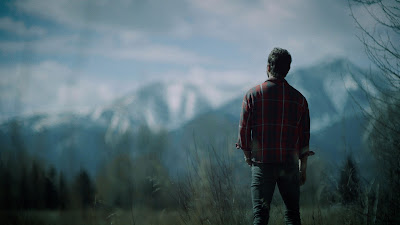 Though the promotion and hype of Dierks Bentley's ninth studio album, The Mountain, has focused on a literal mountain setting, the meaning is much bigger. Instead, it is a metaphor for life's challenges, focusing on the struggle and the moments of overcoming.

What inspired this picturesque metaphor?

“The people I meet on the road who are climbing their own personal mountains unknowingly inspired this album,” Dierks said. “Their stories are powerful and raw, but there is always a sense of resilience and hope. Those feelings are the foundation of this album to me.”

So, Dierks teamed up with Apple Music to share the stories of some of the people who inspired The Mountain--fans with powerful, real struggles. This four-part video series will highlight "fans’ stories of resilience, perseverance and hope set to picturesque performance footage shot in Colorado."

The first two videos have been released, with the next two coming out before the album release on June 8. These videos and stories will certainly get you thinking about life's mountains and will, no doubt, tug on your heart.

The Mountain
The first video features Daniel Foley, Boston Marathon runner and 2013 bombing survivor. Daniel's family was near the finish line when the bomb went off; they all witnessed the horror that took place that day. They decided to overcome the mountain together. "My wife and I decided we were going to focus on all the good, that we can come back from a terrorist attack and we can run the next year and not be afraid." Here's their story:


Living
The second video features Jennifer Fry, a photographer who was born with low-tone hearing loss in both ears. Despite others telling her she wouldn't be able to have a normal life, she opted to prove them wrong. "I'm not really sure if I'm going to lose my hearing completely. I'm just going to keep going and hear the birds singing and water splashing, just everything. I want to take it in as much as I can." Here's her story:

UPDATE:
You Can't Bring Me Down
The third video features McKenzi Loid, who passed away from a car accident while leaving a Dierks concert on April 24, 2017. Her mom (Robin Loid) and sister (Emily Wilkins) created the non-profit Cultivate Kindness in her honor. Their organization raises money to support Be The Light, an annual special needs prom. "It's wonderful to continue her kindness and her positivity through Cultivate Kindness ... turning that grief and sadness into something wonderful, like this prom, it's incredible to us."

Stay tuned for the final video, which should be available this week.

In the meantime, Dierks' team is still collecting "mountain" stories from those who have recently scaled a mountain of their own. Have a story? You can submit it here. It might be featured during the album release!