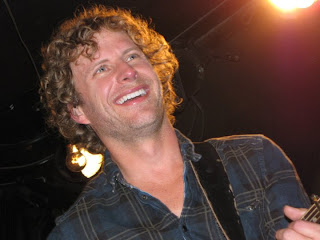 Dierks is introducing his sixth Capitol Nashville studio project with the rowdy sing-a-long party song “Am I The Only One,” shipping to radio today. Fans can stream the song this week through Dierks' social networks and will be able to purchase through iTunes beginning March 29.

“We just kicked off the Jager Tour this past weekend, and the song is already killing it out there,” says Dierks. “The fans are singing the second and third choruses with fists in the air. I decided to stage dive Sat. night and by Sun. night in Pittsburgh the fans were crowd surfing before I even hit the stage. They haven’t been shy about letting me know that I’m not the ‘only one!’ We recorded a lot of fun, uptempo songs for the new record, so we’re going to be rocking the whole year.”

Written by Dierks, Jim Beavers and Jon Randall, the new song was recorded at Echo Mountain Studio in Asheville, NC, where Dierks and the other musicians lived and recorded 15 songs for the new project in only five days. Over 35,000 fans tuned in and streamed the recording process that Dierks made available to them through a 24 hour web cam.

For a video about the making of “Am I The Only One,” click HERE.

Dierks will debut “Am I The Only One” on The Tonight Show with Jay Leno next Tues., March 29. He will also perform the new song the following day on CBS’ The Talk and the 46th Annual Academy of Country Music Awards live from Las Vegas on Sun., April 3 where he is nominated for “Album of the Year.”

Dierks' new album follows in the footsteps of his critically acclaimed UP ON THE RIDGE, which earned Album of the Year nominations at the ACM, CMA and GRAMMY Awards this year. His previous five albums have sold over five million copies, earned 10 GRAMMY nominations, have spawned seven No. one hits (What Was I Thinkin,” “Come A Little Closer,” “Settle For A Slowdown,” “Every Mile A Memory,” “Free and Easy (Down The Road I Go),” “Feel That Fire,” “Sideways”) and 12 Top 10 hits.

Dierks is testing the new music for fans on the road while headlining the 30-city 2011 JÄGERMEISTER COUNTRY TOUR which treks to Lewiston, ME, Poughkeepsie, NY, Reading, PA and Westbury, NY this week. The tour runs through mid-May and features special guest Josh Thompson and Miss Willie Brown.
Posted by DB Congress at 10:04 PM

Email ThisBlogThis!Share to TwitterShare to FacebookShare to Pinterest
Labels: ACM Awards, Am I The Only One? video, Dierks Bentley, dierks.com, Jagermeister Country Tour, jay leno