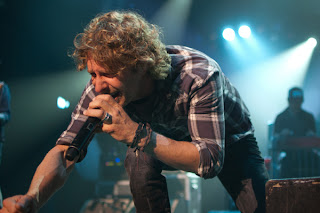 Dierks Bentley and Miss Willie Brown are set to perform at the Hanford Fox Theater (Calif.) on Thursday, 3/31. Brandon Santiago of the Hanford Sentinel did a quick Q & A with both. Here's what they had to say about whether or not they would have auditioned for Fox's "American Idol" and what's coming up after their tour together:

Q: If you are following "American Idol" this season, who's your favorite?

Bentley: I try to catch it when I can. Steven Tyler is amazing as a judge as well as Jennifer Lopez. The one guy, that I saw that really stuck out in my mind was Jacob Rusk. That kid has got the touch of god in him with that much talent and for being so young. All of them are amazing, really, a lot of them this season are only 16 or 15 years old. I have a lot of respect for them and what they do. It takes a lot courage. 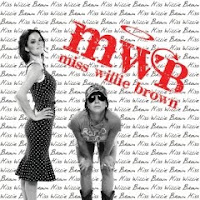 Miss Willie Brown: We don't really watch it, but we love that Steven Tyler is a judge. He's crazy as hell and just cool to watch on anything.
Q: Would you have ever auditioned for "Idol"?

Bentley: No, I admire "Idol" and the opportunities it gives these kids, but it's something I, personally, would never do. I always wanted to do my own thing and sing my own original songs and get recognized for my own work. I was just always determined to get where I am today and started by playing at bars and clubs in downtown Nashville for a tip jar for nearly 10 years.

Miss Willie Brown: No, it's something we just never decided to try. But, when we first started out, a lot of our early fans (mostly friends and family) suggested that we should do it. In the end though, we didn't do it. We do appreciate what that show does. "Idol" is great by offering a venue for these musicians to perform, because it's extremely hard to get noticed in the music industry these days.

Q: Who would be the person you would most like to work with?

Bentley: Well, fortunately, on "Up on the Ridge," I had the chance to work with a lot of people that I have always dreamed to even just meet. I guess I would have to say that maybe one day working with Bruce Springsteen would be cool. Oh, and Dwight Yoakam. He is awesome.

Kasey from Miss Willie Brown: I would love to have the chance to work with The Black Keys or Jack White.

Q: What's up next after this tour?

Bentley: Well, the new album comes out in August and then I go on the album tour. You know us country artists, we just love to tour.

Miss Willie Brown: Currently, four of our songs are on iTunes and a full-length album will be released sometime later this year.
Posted by DB Congress at 9:21 PM