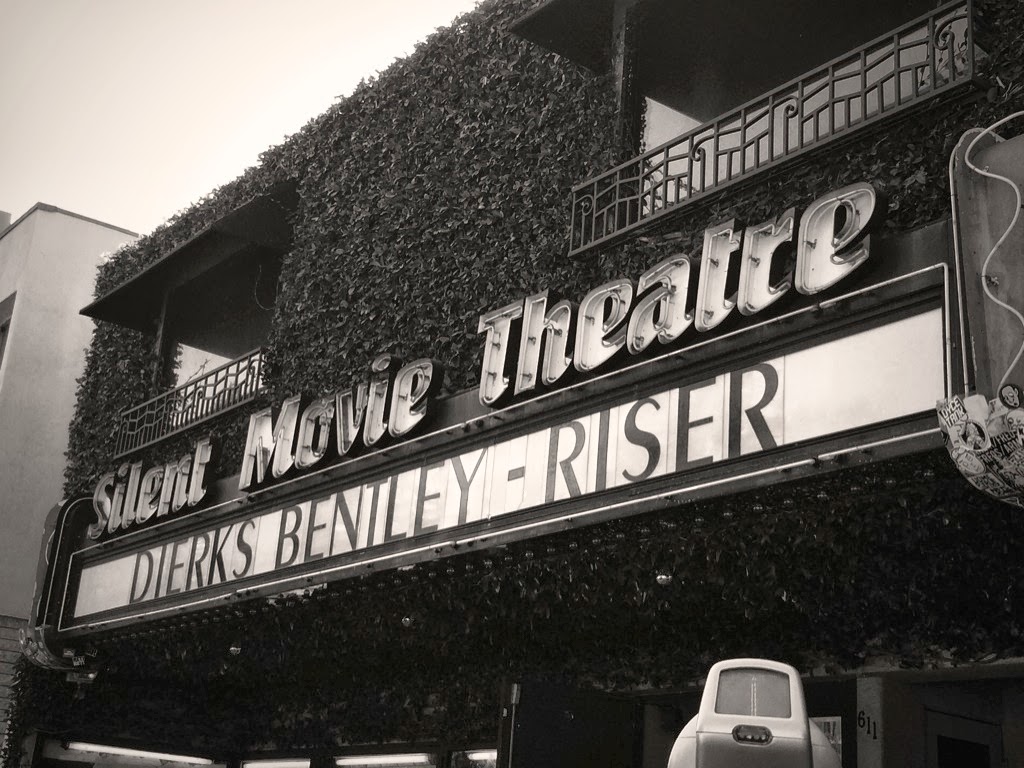 Nicole Birmingham is a 10-year Dierks Bentley fan.  Needless to say, she was excited to win tickets to his February 21st LA screening of his deeply personal documentary, Dierks Bentley: Riser. Interesting that it was held in a "silent" movie theater!  Here's Nicole:


I got to the theater in Hollywood about an hour early. I was surprised there wasn't a line. The theater is a very small place with a hallway type lobby. As we walked in, I saw a couple of people come down the stairs. Following behind them was none other than Dierks himself. He must have seen the deer in the head lights look on my face and knew what I was there for. He said that he was glad I was there and gave me a hug. We took a picture and he left to go do an interview with Larry King.

We waited for a short time and then we were allowed to walk into the actual theater, where Dierks was doing the interview. We walked through the theater into a small patio area in the back, where they were serving complimentary drinks. 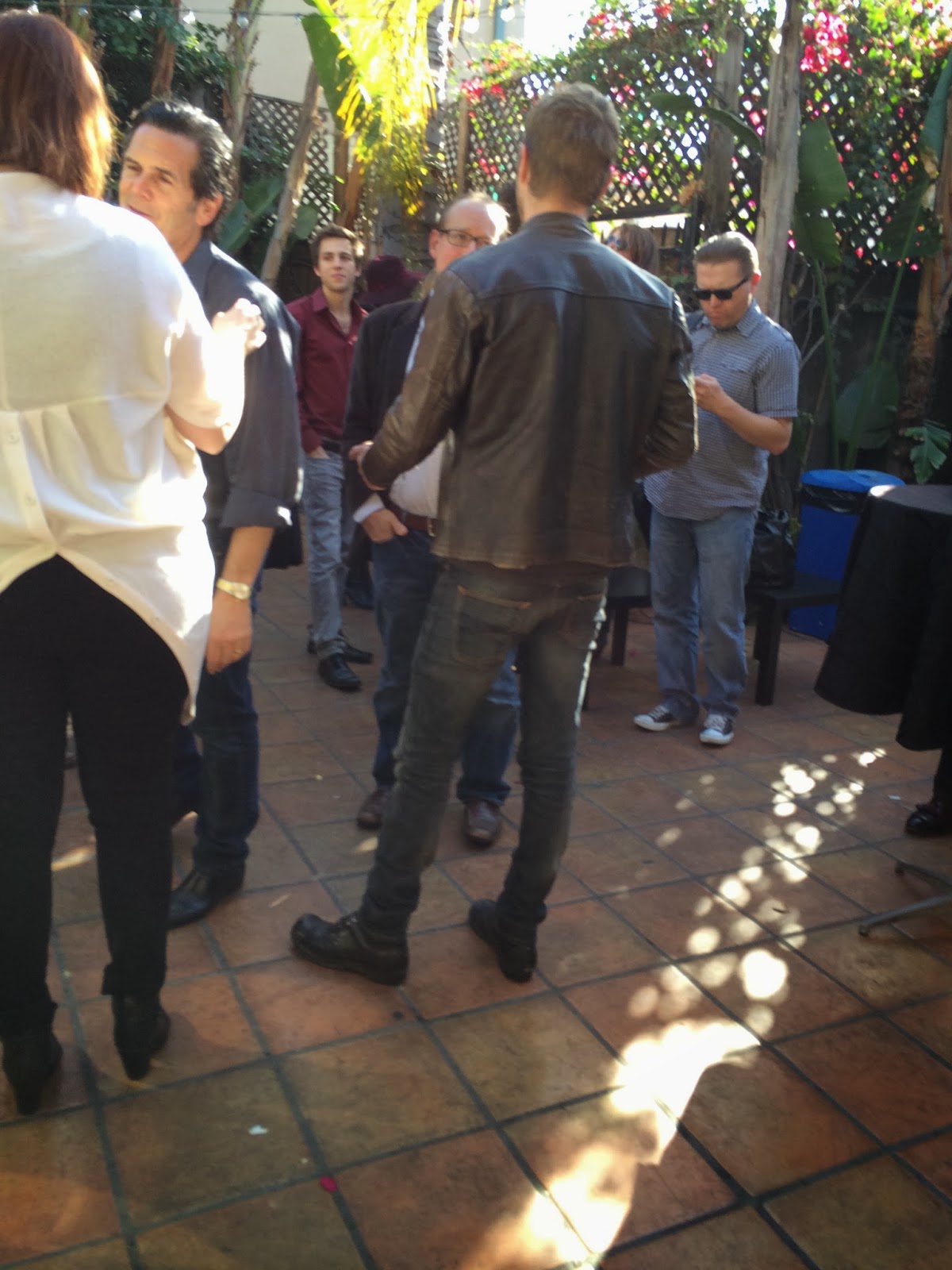 The people who were arriving at the theater all seemed to be in the music business, in one way or another. There were a few girls who looked like they may have won tickets as fans. We waited a short time and then Dierks came out there with us. It was truly like a dream being in such an awesome intimate setting. Dierks' music was playing in the background as I stood there just watching him mingle with the small group of us.

Someone told us that the documentary would be starting shortly, so we went and sat down right in front of the stage. A reporter from the E! Channel, Kristina Guerrero, hosted the show. She spoke briefly as a nervous Dierks stood onstage with her. He then spoke for a bit and introduced the documentary.  He said that this time around watching it, he only had 1 1/2 beers compared to the 6 whiskeys he had at the previous screening, saying how it makes him uncomfortable watching it. He also told us that his band mates were in Mexico sending him photos of them relaxing and what not while he's doing his album release week. 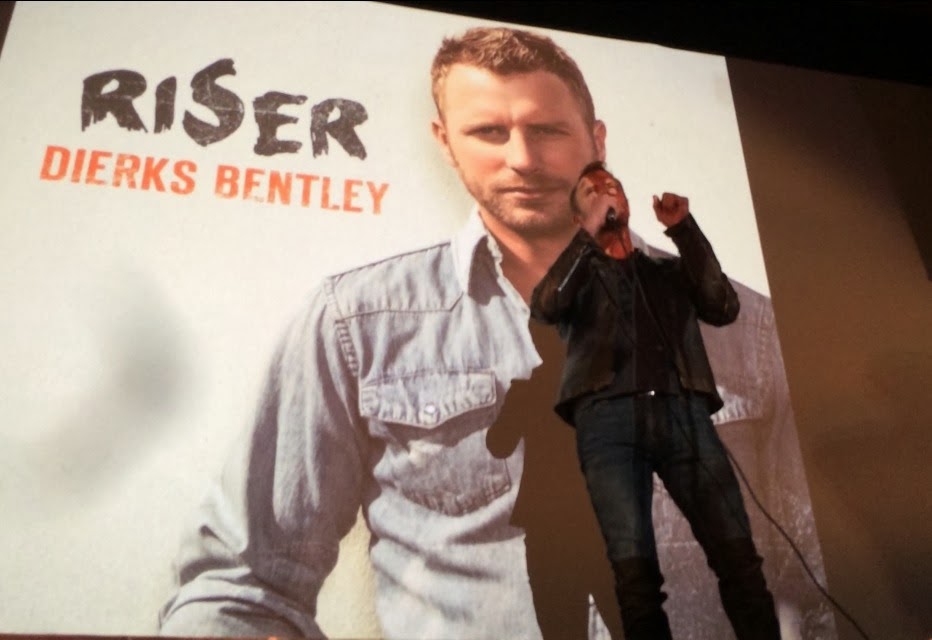 I loved seeing the part of the film of him at home with his family, since that is a side that we don't normally see. The most touching part, as I'm sure many will agree, is when he is speaking about his father. The way he described him and the adjectives he used reminded me so much of my own father. I was there when my dad passed and watched him pass on and take that last breath as Dierks described. I held his hand as he was passing on. So, that moment of the documentary was really something that I could relate to. I am sure I wasn't the only one in tears at that point.

The funny parts to me were hearing Evie and Jordan speak to their daddy and his reactions to it. Evie has the cutest little raspy voice!

The whole experience was one that I am so grateful for and will never forget! Dierks loves his fans and he shows it by doing things like this. He is unequivocally the most humble artist you will ever meet. I'm so proud to be a fan! 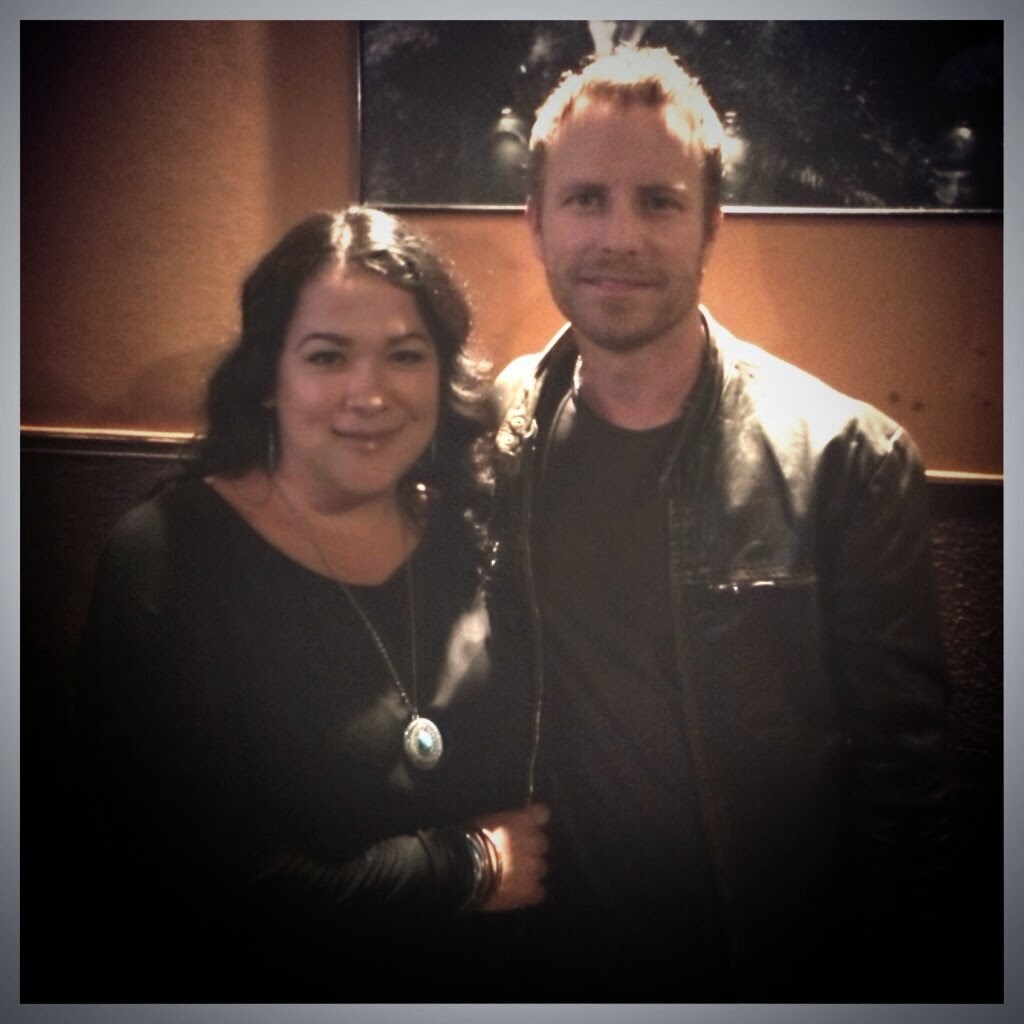 If you have not seen the full one-hour version, Dierks is hosting a Facebook live stream of the film and chat on Monday night, February 24.