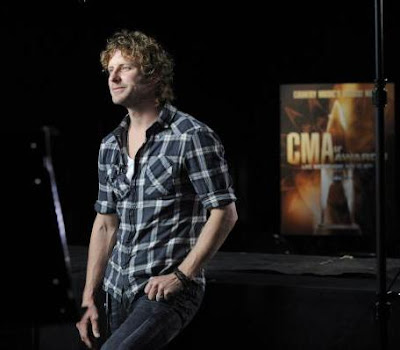 When I went in to make the record (Up On The Ridge), I put away all my expectations for any sort of [awards or accolades], country radio airplay, anything. I went into it with no expectations," Dierks tells The Boot. "That's what freed me up to make the kind of record we wanted to make. So, the back side of that to have country radio play the song, see the video on CMT and GAC, and then to be recognized by the CMA for making a record that leans on the bluegrass side of things, there's not a lot of words for it. I'm still taking it all in, and the Album of the Year [nomination],

I'll be enjoying that right up until the moment they announce Miranda Lambert's name. [laughs]."

"That's the main thing for me -- Album of the Year -- because every record, I go in there hoping to make a record that is recognized by folks for the songwriting and the production, but this one was special," adds Dierks, who took home the CMA Horizon Award in 2005. "I knew that when we started working on it. I'm elated, and I just feel real happy for the small group of people who believed in it in the very beginning and encouraged me to make it."

Photo credit from Twitter (Amanda Eckhard):
@DierksBentley tapes an interview for the #CMAs. Is it getting hot in here or is it just him?