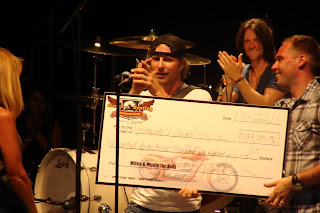 Anybody who's ever experienced a Dierks Bentley concert knows he loves to run around the stage and cut up with the crowd--he's quite the comedian.  But while yesterday's show in Columbus, Ohio was every bit of THAT Bentley, the Miles & Music for Kids Motorcycle ride, followed by an all-star concert was altogether serious business.  During his set, Dierks signed the check on stage, to Nationwide Children's Hospital for $143,145 adding to his impressive $1.5 million raised over the last five years for Childrens Miracle Network hospitals all over the country.
The day began at the A.D Farrow Co. Harley-Davidson dealership--America's Oldest Harley Dealer™.  Dierks arrived around noon and met with the media, including Adam Black from CMT One Country who partners with the Children's Miracle Network Hospitals. 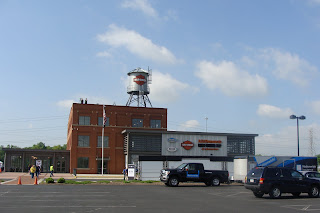 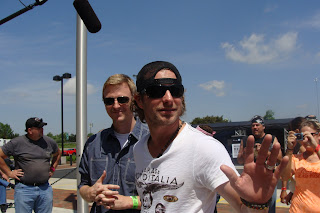 After the interviews, Dierks began taking photos with the surrounding crowd.  When he got around to me and Kathy I quickly took off my DB Congress bracelet and gave it to him to wear on his ride.  He said "Thank you so much for coming.  I will be carrying DB Congress with me on the ride today." 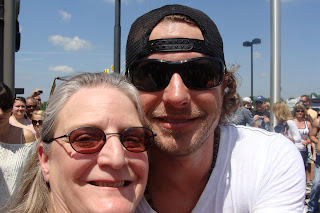 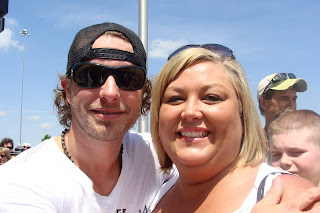 Dierks tweeted throughout the day:
"MILES AND MUSIC for KIDS today in Columbus. one of the best things I get to do each year. let's raise a bunch of money for @nationwidekids."
"heard there already 700 bikes presold at AD Farrow Harley Davidson dealership. that is killer! headed up there now...!"
Dierks' bike: 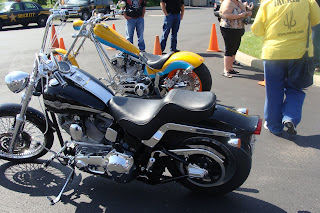 "@joenichols bus just pulled in to venue. @unclekracker @misswilliebrown and @joshthompson here too."
"and our host/mc today, helping us raise tons of cash for families and kids at nationwide childrens hospital #adamblack of #cmt is here..."
"1000+ bikes stretch over 8 miles!! thx Columbus Police for never letting our feet touch the ground (and sorry to the cars that waited...!) "

"rowdy crowd out there for @misswilliebrown and @joshthompson now. love it. thanks y'all for being so supportive of this cause."

"in the hometown of our MILES AND MUSIC 4 KIDS sponsor #nationwideinsurance columbus Ohio.... you guys are making this one really special."

"thx country music fans and all the motorcycle riders today at MILES AND MUSIC 4 KIDS in Columbus, OH. last estimate $143,000 for kids! #fb"

We arrived at the LC Pavillion ahead of the bikes and found the VIP seating and lounge.  We were a little disappointed the VIP section was behind the standing room only pit that held a couple hundred people. But we sat front row center and got lots of DB love as he pointed to us a few times throughout his set. That made up for the far away from the stage seats. (although we never sat down). 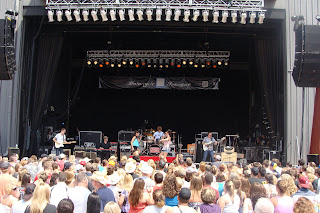 Urban Rose opened the line-up, followed by Miss Willie Brown, Josh Thompson, and Uncle Kracker.  Dierks came out and introduced Joe Nichols ("We have been friends a long time--used to play the honky tonks together") and actually played back up guitar for him, along with the team dude band.
﻿ 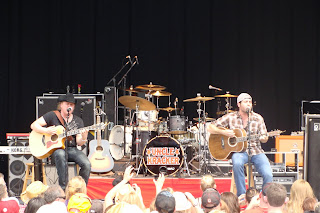 The local Nationwide Employees donated $5,000 toward the day's total. 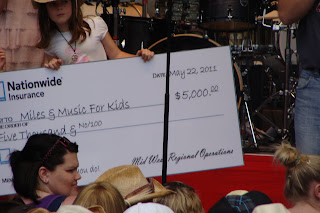 The tear-jerker yet heart-warming moment of the day was the host family coming on stage and telling their story.  The mom told us their son was 2-years-old when they found out he had a heart 3 times the normal size and would die without a heart-transplant.  The Nationwide Children's Hospital was there for them, he got his transplant and is now a happy, healthy 5-year-old!  He was so cute constantly waving both hands to the crowd--we all waved back and cheered!  That brought reality to the reason we were all there--to help the kids! 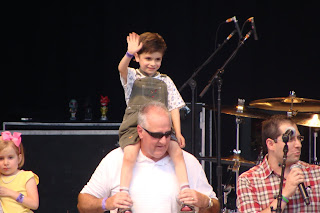 Another memorable moment was the autographed guitar auction--all artists that day signed it.  The final winning bid was $7,000 from one of our very own DB Congress (fan club) members--Sarah Ansel, from Lancaster, Ohio.  Dierks called her up on stage and picked her up off the ground and swung her around in a huge hug! She also rode in the procession of bikes. 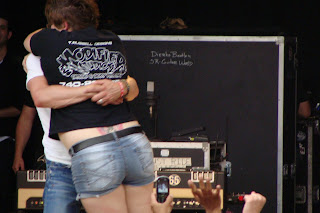 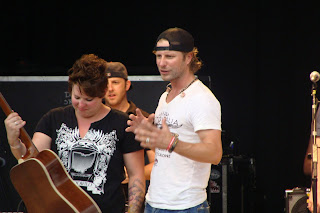 Later the other bidder who stopped at $6,500 agreed to $7,000 and they all signed another guitar for her. Dierks said, "I remember you, you were the one bidding with the big yellow hands!" 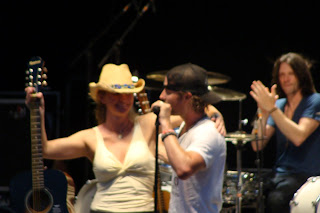 The rain held off until the last few songs, with just a sprinkle during Sideways and What Was I Thinkin'.  Perfect timing.  When I got back to the hotel, there was a rainbow. Perfect ending to a fantastic day! 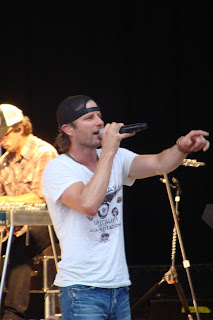 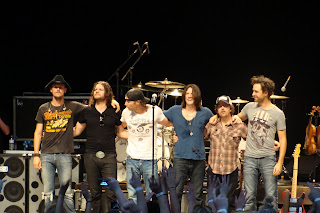 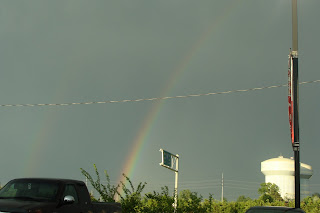 It was great seeing DBC friends and meeting new ones--Jackie, Kathy and Dawn! Always worth flying from Florida to share my Dierks experience with fellow fan-clubbers!