You may have seen Ohio DBC Rep, Megan and her sister Lindsay on our home page rotating photo.  Megan shares her Dierkstory below: 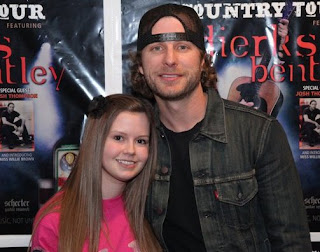 "Hello my name is Megan Tuttle and I live in Northeastern Ohio. I am 23 years old and I have loved Dierks Bentley since he came out with his first single, "What Was I Thinkin'."  It's still one of my favorite songs of his, and that's my favorite part of Dierks' concerts when he sings that song last!

I became a Dierks Bentley super-fan when he came golfing at the private country club where I work. He was doing a show in town that night (September 5, 2010). Of course, I was off that day, but I heard he was there so I hurried up and put on my work uniform and went and waited for him. I waited for about an hour and a half, then he came around in his golf cart and I yelled, "Dierks, can we get a few pictures?" He immediately pulled his cart over and walked right up to us! I was so excited! He took a few pictures with us, gave us his autograph, then he ate a Cheeseburger and drank a diet coke. He hung out there for about 15 minutes talking to us.

Then he said, "Maybe I should give you guys a shout out at the show tonight." (He gave tickets to any who worked there, so my manager made a list of names who wanted tickets and he took that list to will call.  What a nice guy!) But I already had tickets so I didn't need to be on that list. 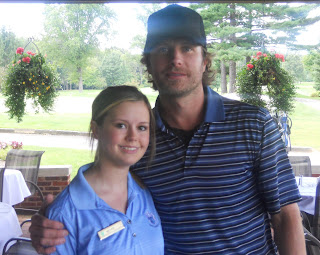 About half way through his set that night at the Canfield Fair and right before "Settle for a Slowdown," Dierks says, "This one is for all my Tippy Girls out there." I was so excited, I couldn't believe he remembered us!

As soon as the Dierks Bentley live Ustream came on in February 2011, I was addicted!  It was so cool to watch him online in the studio recording for his next album.  That's all I did for a week straight! WOLF PACK!

After that show I saw what a nice, genuine guy he was, and I knew I had to go to another one of his concerts as sooon as possible! So my sister Lindsay, who goes to all the concerts with me, and I got tickets for the Pittsburgh, PA show for March 20th. We also both won a meet and greet!

It was so much fun in the meet and greet.  We took the photograph, he signed something, then he talked to all of us for a few minutes.  Also, during the concert, we were in the second row and Dierks pointed to us and said, "We got some wolf packers here tonight!"
Dierks is such a great live performer he has so much energy up on the stage! And every concert is just as fun as the one before! After that we got tickets for the May 5th show in Akron,Ohio. Lindsay and I did not win a meet and greet but we still had a blast! We made signs and Dierks pointed at us and read them out loud...so cool!

After Akron came the Dierks Bentley LAST CALL BALL7 (annual fan club party)! We traveled to Nashville nine hours to go to it!  This was my favorite Dierks show ever! We got there a few hours early to wait in line.  While we were waiting, Ryan "Camera Guy" came up and talked to us! Also Dierks' truck "Big White" was parked right in front of the venue.  Lindsay and I took pictures by it and left him a note under his windshield wiper. 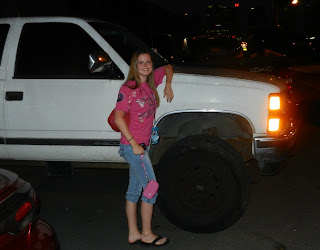 The show started and Dierks played about a 10-song set. After the show we had to wait our turn for a meet and greet with him. While we waited, Camera Guy (Ryan) came up to us again and interviewed us for a DBTV Episode! Lindsay and I appeared in the DBTV Episode 21! Also Dierks' dog Jake was there and we got to pet him and take pictures!

Finally around 2am, it was our turn for the Meet and Greet! I walked up and Dierks and I took a "howling" picture for the Wolf Pack! He also signed my wolf pack shirt! It was one of the best days of my life! 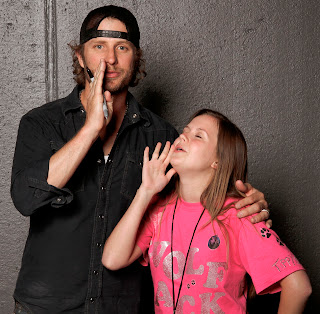 The next concert we went to after LCB7 was in Chambersburg, PA on July 15th. We had to travel 5 hours to get there. As always it was a great show but after the show was the best part! We waited by Dierks' bus and Tim and Cassady came out to say hi! We told them to bring Camera Guy out and they did! Ryan came out, gave both me and Lindsay a hug and hung out with us for a while! It was so much fun.  Dierks, his band mates, and Camera Guy are a blast! 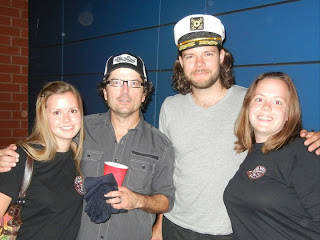 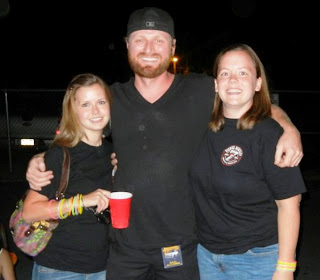 November 3rd is my next Dierks Bentley concert in Kent,Ohio! I cannot wait to make more memories with Dierks!"

Thanks for sharing your story, Megan!

Would you like to be a feature DBC Rep of the week?  Just email me at Ronna@dbcongress.com with your story, what DB's music means to you, and a few photos!