We finally reached our milestone of 700 DB Congress Reps who are dedicated to supporting Dierks daily!  Meet Nick Carter, representing Dierks in Ohio! 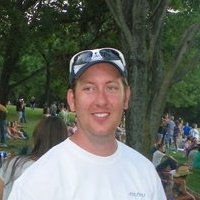 "Where to start....I found Dierks back in 2003 when he released his "My Last Name" single and it began to get air time around the Columbus, Ohio area. Since then, I've been a fan - like the rest of us. Dierks has been the only artist I've ever gone to a store before it opened to get a copy of his new CD! (Thank goodness for iTunes now).

The first live show I saw with Dierks was back in 2008. He was at The Ohio State Fair with Miranda Lambert. That is when I became a super fan of Dierks.

Seeing him live and in concert just took me over the edge. His energy and style just left me with a feeling of needing more.


Unfortunately, due to life and such I went on a three year streak of not getting to see him live in concert again until this year.  I made the trek to Akron, OH to see him perform with Miss Willie Brown and Josh Thompson on May 5th, 2011 on a work night none the less.  We went to the concert, didn't have the greatest seats in the world--but when you are there, with the music going, it doesn't matter.

Three weeks later, I was able to attend the Miles for Music For Kids event at the LC in Columbus, OH. I've also already purchased my tickets for his show November 3rd in Kent, OH.

I haven't been a lucky one yet to be selected for Meet and Greets, but I keep hoping that one of these shows I'll get the lucky email. Both my friend and I have joined the Fan Club in the last year and hope one day when we go to the concert we will both be back stage waiting to meet Mr. Bentley. It will be the first time for both of us.

My Favorite Event so far: Miles for Music - Columbus, OH

My Favorite Song: With the Band (Hoping one day I'll be with the band)

My Favorite Album: Feel That Fire

My Favorite Performance: Am I The Only One from the 46th ACM Awards 2011."

Thanks, Nick, and welcome to the DBC family!
Posted by DB Congress at 8:11 PM