Bentley Had Gators Eating Out Of His Hand 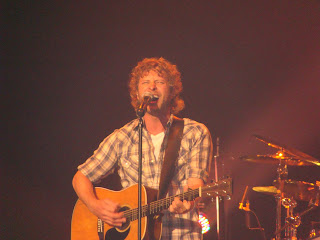 Gators are normally quiet creatures, but Dierks Bentley had them roaring, eating out of his hand, and chomping at the bit for more at last nights's concert at the University of Florida's O'Connell Center.  "Tell me how loud is it gonna be tomorrow night?" Dierks repeatedly asked throughout the night.  To which the nearly 90 percent UF crowd replied with deafening screams of approval and pride.

Yes, Dierks did his homework.  He knew his performance Friday night would serve somewhat as a pregame UF vs. Alabama football "pep rally" of sorts and the audience did not disappoint.

I have been to DB shows where the audience was not into it--but that was not the case last night.  For every single song the mostly 20-somethings had a reaction, even clapping along to the soft, slow beat of "My Last Name."

Announcing himself with voice only through the first verse, Dierks hit the stage with Feel That Fire, with the lights hitting him and the band the second the chorus started.  The crowd went wild!  Follwed up by Every Mile A Memory, and Am I The Only One?  Before that song, Dierks told the crowd, "I know you can't drink in here, but who wants to have a couple thousand cold beers and kick it 'til the morning light...maybe at The Swamp?" 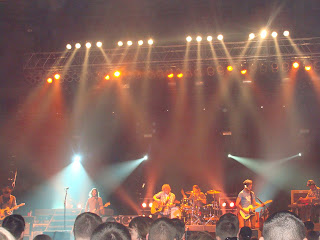 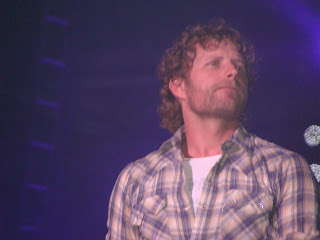 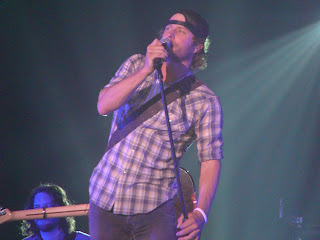 Dierks really knows how to connect with the specific audience he is entertaining and this night was no exception.

At one point the crowd began their two outstretched arms clapping up and down gator chop in unison, and Dierks did it too, but asked, "I see ya'll doing this...but what does that mean?...I'm just kidding, I know what that means!"

During "Country and Cold Cans," where he describes all the things that "go together," the 'summer dresses and cowboy boots' lyric got the loudest response since the majority of the females were wearing just that.

The crowd at one point boo'd a little (the first and only time all night) when Dierks mentioned he wrote, "Up On The Ridge," up on his ridge in Tennessee--"hey you can't boo Tennessee--you beat them every year!" Dierks retorted. 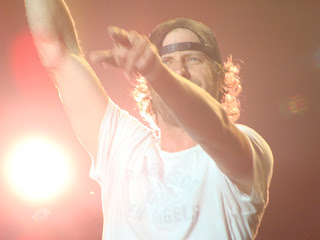 A huge American flag hung from the rafters just above the stage and DB made note of it as he began to introduce his new single, "Home."  But he actually had to quiet the crowd from chanting proudly, USA, USA, USA...before he could continue.  The video is in two parts, one to show the flag, the second to zoom in more.

Before he sang the song, he summoned a group of Navy Seals to the stage to thank them for their service.  One in particular - Pablo, I think - was a UF graduate--and you guessed it--the crowd erupted with pride, when the alum said he only had one thing to say, "Go Gators!"

After "Home," he asked if we liked it and the wordless answer said, "Yes!" 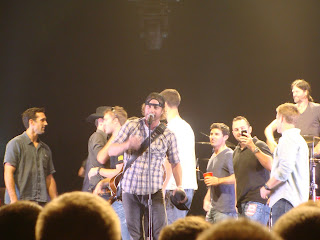 In fact, with all the pride in the O'Connell Center, Dierks could have easily sang his Up On The Ridge U2 cover, "Pride (In The Name of Love)" and the concert-goers would have eaten that up.  He did tell them about being asked to sing/honor the Pink Floyd on Jimmy Fallon the night before in New York City.

I didn't get a set list, but if I remember correctly, he and the guys sang Free and Easy, Trying To Stop Your Leaving, How Am I Doin', Lot of Leavin' Left To Do, Settle For A Slowdown, So So Long, I Wanna Make You Close Your Eyes, before ending with a "we're not gonna leave the stage, we're gonna just go straight to the encore" Sideways and What Was I Thinkin'.

Bass player, Cassady Feasby was, as always, flawless on support vocals and when the entire band chimed in at the intro of Up On The Ridge, it was a harmonious masterpiece.

Tim Sergent on steel guitar, Brian Layson on lead guitar, Dan Hochhalter on fiddle, Steve Misamore on drums and Cassady were all introduced by Dierks early in the set vs. toward the end--nice touch, D!  They are all so talented! 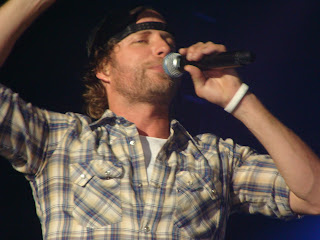 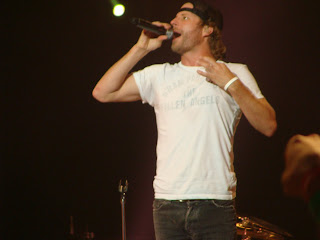 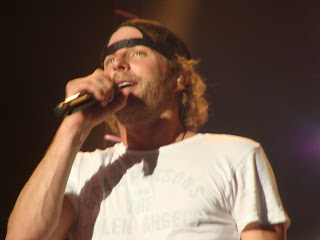 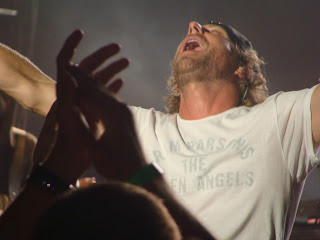 First-time arena performer, Canaan Smith opened for Dierks.  His mom and lots of his friends were in the audience right in front of us--never sat down!  They were so proud.  His voice was great, and his guitarist looked a lot like David Cook.  The Nashvillian who lived in Orlando, Florida for a while (originally from Virginia), sang mostly pop-country acoustic ballads, but for the "Na Na" song he got the crowd to participate.  He reminded me of Jack Johnson.  The UF girls all loved him, because his Meet and Greet line after the Dierks show was really long! 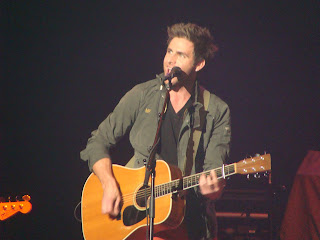 My fan club presale ticket seat was six rows back at the end of the cat walk so my photos are not the best, even with 10x zoom, but trust me, the guys were looking and sounding phenomenal last night!

Keeping with tradition, the guys huddled before taking their final bow and Dierks was the last one to leave the stage after picking up the set list. 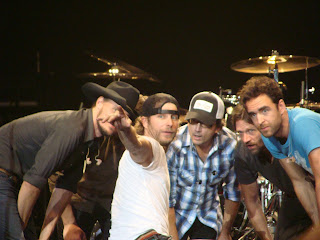 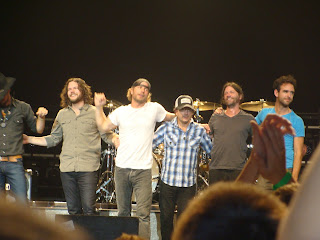 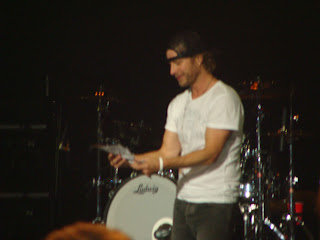