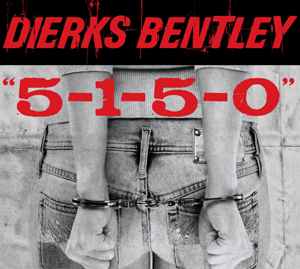 The song is starting to take off digitally, as well, as it debuts at #36 on Billboard's Country Digital Songs chart. Not only that, but Home has seen a small spike in its sales over the past two weeks as well, coming back into the Top 20 this week as sales hit 145,000. The spikes in sales can likely be partially attributed to folks buying the entire album based on the strength of all 3 singles, and based off the strength of "5-1-5-0" as well!

The song is having another great week, which should see it move into the mid-teens. I anticipate that it will start passing songs in front of it - picking them off, if you will - in the later part of this week into next week. Can we get it in the Top 10 by Last Call Ball on June 6th? It's very possible...