Drew and Pattie Promote Dierks From the Beginning

In the summer of 2003, DB Congress Washington rep, Drew Livingston and his wife Pattie, attended KUPL Country Fest. Among the performers that year was a Nashville Newby, Dierks Bentley.

"I was immediately hooked," admits Drew. "About a year later at the Clark County Fair, August 8, 2004, Dierks said he would stay 'as long as it takes to meet each and every one of you,' and he did. I had with me a picture taken at country fest. He said “I don’t usually like pictures of myself but I like this one--will you send it to me?” He flipped over the envelope it was in and wrote his address and e-mail on it. The road manager warned him it wasn’t a good idea to give his personal email address but he did it anyway. 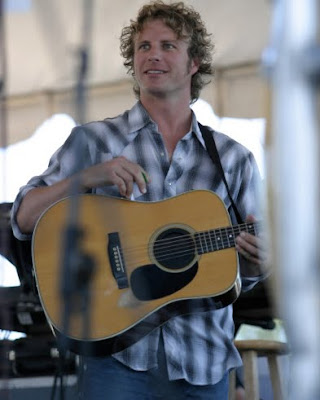 For a while we had the occasional email conversation and I vowed to go to any show within a four-hour radius, which I pretty much have with the exception of back-to-back shows or the Chrystal Ballroom (That venue kills my back). I have been fortunate enough to have meet and greets to most of these shows. One event I sent Pattie in my place (Could get away with that then). It was her birthday week and Dierks was playing in the theater she practically grew up in, so it only made sense. He asked her where I was.

As his insane tour schedule and fan base grew, coupled with his serious support and love of his fans, I thought it only right to join the fan club. It was about the only way to keep up with the tour schedule and I learned the benefit of ticketing through it. Meet and Greets were just a BONUS. And to continue my support as repayment of his support I added dbcongress officially.

DB Congress activities I do to support him include visiting sites to vote for DB, but mostly I spread the music. I play DB at work and with friends, many of who are hesitant to like country music. Most recently I dragged a few friends to the Up On The Ridge tour kick off at the Wonder Ballroom; they were all impressed with the musicianship and bluegrass. Now I think they all have bought the album.

I have also supported many of his opening acts (and acts he has opened for). We have gone to headlining shows of Randy Rogers Band, Cross Canadian Ragweed, Miranda Lambert, and a few others. I am a card carrying fan club member of only a couple of artists other than Dierks, including Brad Paisley. (And both of them together earlier this year was one of the best shows). I have a growing wall of photos from all the shows, autographs and pictures." 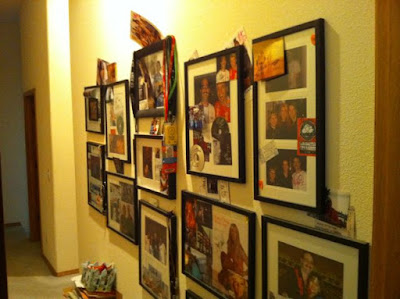 About the same time I was introduced to his music, Pattie had bought me my first Martin [guitar]. I played along with DB on the stereo. My case has become covered with passes predominantly from Dierks. 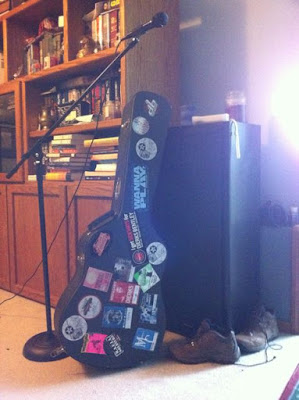 Pattie's favorite show was at the Secret House Winery, June 23, 2006. Any venue in the country (near where she grew up) that serves wine at normal prices by the bottle for a concert is a great venue in her book.

One of the strangest venues was the show at the Napavine “amphitheater.” I thought, they have an amphitheater? It turned out to be a fenced in gravel parking lot with a stage at one end. It was one of my first shows as an official fan club member--didn’t even care where he played--the show was awesome and seats were great.

I was stoked when he headlined for a show at the Memorial Coliseum in Portland--thought it was about time. I actually felt bad leaving because the crowd turn-out was not near what I thought it should be. I think whatever the venue, it should be a sell out. This man puts it all out there for his music and his fans and is a blast in concert.

Pattie and many of my friends give me a hard time, teasing me that I have already been to three shows this year with two more slated. Most recently we spent our 11th anniversary attending his performance at the Oregon State Fair, one of the few shows that we both had M&G passes for. We said our hellos and did tell him that it was our anniversary and he thanked us for choosing to spend it with him. He thanked me numerous times for our many years of support – it was almost embarrassing. 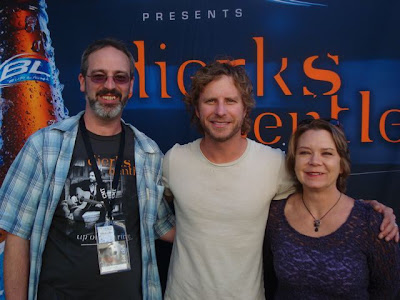 At the kick off of the Up On the Ridge tour he introduced me to all the other fan club members at the meet and greet as one of the oldest fans having been with him since the beginning. Thank you, Dierks, for remembering, respecting, and giving it all to your fans and music."

Thank you, Drew, for your heartwarming story! I agree-Dierks gives it all he has to give!
Posted by DB Congress at 4:41 PM

Email ThisBlogThis!Share to TwitterShare to FacebookShare to Pinterest
Labels: DB Congress, Dierks Bentley, Drew and Pattie Livingston, Up On The Ridge tour, Washington