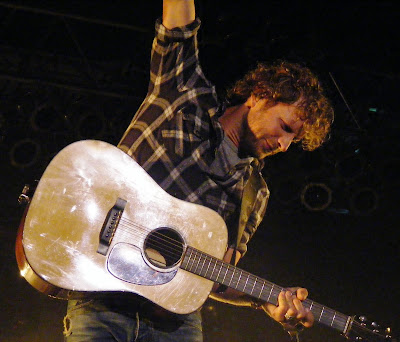 When all the northern IL and southern WI DB Congress Representatives heard Dierks Bentley was coming to Rockford, IL to open On the Waterfront September 2, they were ready to go!

According to Kristin, a dedicatd DBC Illinois rep, she and her boyfriend Dave made the 45 minute drive up to Rockford from Dekalb. "We were pumped to meet up with our DB Congress friends in Rockford! As soon as we got there we met up with my mom Sue, Dad Steve, Stacy, Roseann, Karen, Alicia, Mary, Jenny, and Heather! A few of us spotted Dierks' jeep out front and got a group picture in front of it! 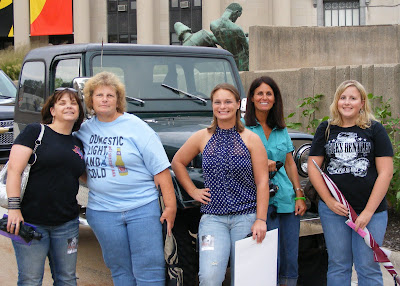 We signed a big card Karen got for Dierks [to congratulate him on] getting 3 CMA nods! Dave, Stacy, Karen and Alicia went off to their M&G with Dierks while the rest of us headed into the venue. Karen said she gave the card to Dierks and he said he would bring it on stage with him!

About an hour before Dierks' set, it started to rain! Not good! But the show still went on! Dave and I both had front row spots along with Stacy, Roseann, Karen and Mary. Dierks came on around 9 or 9:30 after the rain stopped. He put on an awesome show! Pretty much the same setlist he had for Richland Center in Wisconsin, but with the addition of a new fiddle player [Dan Hochhalter] he added "Fiddlin' Around" to the setlist. 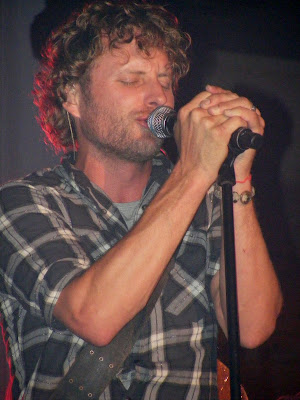 Before he played Long Trip Alone, he brought out the card Karen gave him and read it to the crowd. Later that night he tweeted a sideview picture of himself holding up the card and asked if it was big enough! He thanked all of his fan club members for supporting him and dedicated the song to us. 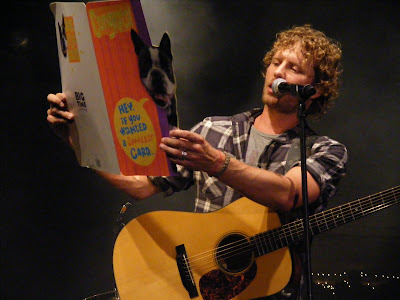 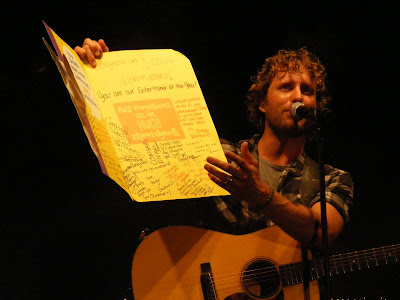 Amazing show! Can't wait for the next one of course--Miles and Music in Nashville!"

Dierks must have been really impressed with the giant card, because he was still talking about it the next night at the Florence, Kentucky show! 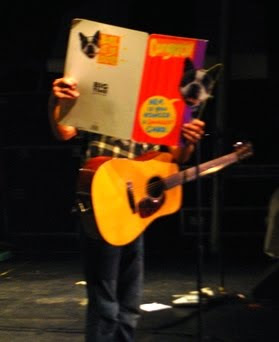 "thanks il for the cma nominee congrats card...but next time, can you make it a little bigger? i am having a hard time reading it." -(Dierks Bentley via Facebook and Twitter)