The DB Congress has one primary purpose—to support our president, Dierks Bentley. We are from all 50 United States and 10 countries and are dedicated daily to making and keeping him number one. But for a few DBC members, calling radio, tweeting and voting for him online was not enough to show Dierks how much he has influenced them and how much he is appreciated.

Kelsey Hodges (TN), Randy Alan Shaffer Jr (PA), and Adrian Taylor (NC) are planning a special project for Dierks and they want all of DB Congress to be a part of it. The trio from three different states used the power of the internet to put their ideas together to co-write a song--"Bentley's Jam"--about our DBC president (Dierks).

The Story Behind The Song

Kelsey is a Business Major at Belmont University in Nashville, Tennessee. “Ever since I was in the 7th grade, my life has revolved around Dierks; from traveling hours for a concert or playing his songs at church, Dierks is one of the biggest influences who has led me to move to Nashville,” says Kelsey. Adrian, Randy, and myself are all musicians and huge Dierks fans. It was a great experience making this little tribute with two people that sincerely care about Dierks the way I always have. The main purpose of this song is to let Dierks know we all care and will forever support him!” 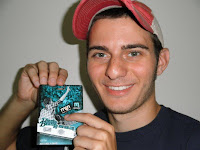 You may remember Randy as the face on the 2011 Last Call Ball souvenir lanyard. Randy says, “There have been numerous times in my life where Dierks' music has helped through troubled times. All of his songs and the way they are constructed relate to any listener and I think that's what connects Dierks’ congress so close to each other and all Dierks fans.” Randy remembers meeting Dierks for the first time in March 2011. “He’s just a really down to earth guy. I definitely will take Dierks’ advice that he gave me when I move to Nashville in a year and a half to continue my pursuit of being a country musician/songwriter."  Randy proudly admits the threesome put a lot of thought into the song, trying to incorporate titles of Dierks' hit songs, to make "Bentley's Jam" a fun, rocking song.

Adrian says Dierks and his music have changed her life. “I can remember a friend of mine talking about a new artist in Nashville back in 2001. At first no one really knew the name Dierks Bentley, but by 2003, that all changed.” In high school, Adrian was jamming to Dierks in her car and posted his lyrics on her locker, already on the DB bandwagon and spreading the word to her friends.

“Dierks has been my inspiration and motivation many times in my life. It has been his music that has seemed to always bring me through the toughest times. Never will I be able to tell Dierks just how much his music has meant to me. So just to show him a little bit of a big thank you, I asked two of my friends who I know have some music experience just like me, to help co-write a song about Dierks.”

“We all agreed that we wanted to show Dierks' life through a song. So we basically started with him, traveling from his home in Arizona, to his new home in Tennessee. We mentioned the struggles and the accomplishments that he has faced. For me, this song isn't to be bragging, but to let Dierks know how much his fans appreciate him.”

Adrian feels this song, which came together in a matter of days and one 30-minute online session, symbolizes what all of the DB Congress feel--that his fans appreciate him and we support him with all of his work.


How Can Other DB Congress Reps Help?

Phase Two of this special project is spreading the word. Kelsey, Randy and Adrian want everyone to learn about “Bentley’s Jam” and the story behind the song. All DB Congress reps and other fans of Dierks Bentley can help by mentioning this project to their friends, posting on facebook and tweeting.

They definitely want the DB Congress involved in this project, not only by promoting, but being a part of it. All DBC members who are planning to attend the pre-party at Jack's Bar-B-Que on February 2 before Dierks’ “Home” concert at The Ryman will get a special treat! Kelsey and Adrian wanted the congress to hear it first so they will be debuting it at Jack’s, where reps can help with a special part of the song.

Also, The Gherm Guys have agreed to interview and video the co-writers when they take the plunge during a lake jump on February 3rd at 1 pm at Percy Priest lake. They’re asking any DBC member to participate or stand on the side lines to cheer them on.

Next steps are to get the music in order, followed by editing the music video which will include footage from Nashville (some of Dierks’ favorite hangouts) as well as pictures from Phoenix, and concert photos and personal photos of each songwriter. “Expect some laughter as well as some more somber moments,” added Adrian.

When All Is Said and Done

Once everything is completed, they will be making copies of the video. When asked what they would like to see happen from this experience, just a few things came to their minds. First, that Dierks will hear about the song. Second, that people will realize what a great artist Dierks is, and that he worked hard to get where he is today. And finally, that Dierks will allow them to sing this song for him in person.

“Whether or not Dierks will hear this song, we hope that all the Dierks fans out there will enjoy it. I’ve met so many great people that are fans of Dierks and I can’t wait to meet more people as Dierks makes more music,” Randy added.

Adrian wants to thank the people who have given them feedback so far. “This song wouldn’t be what it is, without three very talented brains working together--so thank you again for jumping on board Kelsey and Randy!”