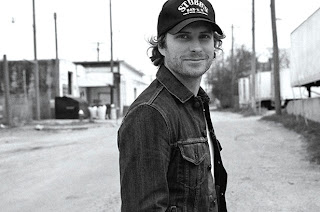 When Dierks Bentley steps onstage at Nashville's Ryman Auditorium on Feb. 2 to launch his new album, "Home," the show may feel like a walk down memory lane.
"I played gigs on Lower Broadway for a number of years. I'd walk by the building at three o'clock in the morning and rub my hand along the bricks in the back alley. That building means a lot to me. All I thought about was all the people who used to run back and forth between the Ryman and Tootsie's," he says of the country legends who traveled between the Grand Ole Opry stage and their favorite watering hole. "I think of all the history that has been a part of that place -- it really does mean something."

It's been more than a decade since Bentley (@dierksbentley, where he has 206,000-plus followers) was just another aspiring artist playing Music City honky-tonks. He's never lost his appreciation for country music's past, and it's Bentley's ability to merge the genre's traditions with his own progressive musical sensibilities that has earned him his own spot among today's contemporary hitmakers.

"The greats all have unique, distinctive voices -- Dierks is one of those," Capitol Records Nashville president/CEO Mike Dungan says. "He possesses one of those voices... you know who it is immediately. That's something you can't ever take for granted, or discount too lightly, especially in an environment where a lot of our men are starting to sound the same."

Bentley is also among country's most versatile artists, a gift he brandished boldly on 2010's "Up on the Ridge," a Grammy Award-nominated album that earned tremendous critical praise, but only a smattering of radio support. Ridge was about Bentley's passion for bluegrass and roots, and he was supported by guests like the Punch Brothers, Alison Krauss and Kris Kristofferson. With the Feb. 7 release of "Home," though, Bentley returns to the sound that made him a star.

"It's a step back into the country music mainstream," Capitol Records Nashville senior VP of marketing Cindy Mabe (@capitolnash) says. "It's 'home' because that's where he belongs, right in the middle of this format. He's so talented, and such a music lover that he needs to stretch his wings as an artist... but in the end, this is naturally his home. These songs and his voice take you back to the music of his first album, but it feels fresh at the same time."

Bentley debuted in 2003 with the No. 1 Hot Country Songs hit "What Was I Thinkin'." Since then, he's earned seven more chart-toppers, including "Come a Little Closer," which notched three weeks at No. 1; "Settle for a Slow Down"; "Every Mile a Memory"; "Free and Easy (Down the Road I Go)"; and "Feel That Fire." "Am I the Only One," the first single from "Home," hit No. 1 last September, and the title track is No. 11.

Of Bentley's five previous releases, three hit No. 1 on Billboard's Top Country Albums chart. His self-titled debut sold 1.1 million, and sophomore set "Modern Day Drifter" sold 1.5 million, according to Nielsen SoundScan. "Up on the Ridge" peaked at No. 2 in June 2010 and has sold 244,000 units.

It's not unusual for country acts to record side projects, but such activity generally happens in the twilight of a successful artist's career. The move was risky.

"I really try to practice living in the moment," Bentley says. "No matter where it is -- onstage, or at a meet-and-greet or being with my family -- just listening to my voice at the moment. ["Ridge"] was what I wanted to do, and once I get it in my head, it's hard to talk me out of it."

Dungan was supportive of Bentley's creative detour. "That music comes out of him so naturally," Dungan says. "Every album Dierks had released until then had included a bluegrass-style song. Once a decision was made to go forward, that record probably came together easier than any Dierks Bentley record had before because that's where he lives creatively."

Dungan never intended for a single to be worked to country radio. Nevertheless, "Up on the Ridge" peaked at No. 21 on Hot Country Songs and "Draw Me a Map" reached No. 33. "I had in mind a relatively inexpensive project that we'd work hard for six months, and then be off of it and on to the next thing," Dungan says. "Then the press started to ring in strongly and favorably. We started to hear things like 'album of the year' and 'one of the best records ever,' and it went from being a six-month record to an 18-month record where we released singles to country radio. The broader world got an appreciation for the Renaissance man that Dierks is. But here we are back to the bread-and-butter side of things, and I'm happy to be here."

When Bentley returned to business as usual, country radio was ready. "We had massive success with 'Am I the Only One,'" Dungan says of the No. 1 hit. The label then followed with the title track, a heartfelt salute to America that Bentley performed in November at the White House before President Obama in a concert that aired on PBS. "One of the things we're coming to the market with when this album streets is that we're going to have not one, but two hits," Dungan says. "That doesn't happen often in our business. I'm happy about that. We're offering two tracks that are instantly recognizable, and that's value for the fans."

Bentley began the project by heading to Asheville, N.C., with producer Jon Randall. "It was five days of doing the most intense preproduction I've ever done on a record," Bentley says. "'Am I the Only One' came out of that session. It was a great way to bridge from the bluegrass world back into country."

Bentley recorded the remainder of the album in Nashville with longtime producers Brett Beavers and Luke Wooten. "I wanted to make sure the album had some kick to it, but also incorporate the acoustic sounds that I love so much," Bentley says.

The Arizona-born singer/songwriter has written or co-written his eight No. 1 hits, but while recording the new album, he spent more time than before listening to outside material. "Thousands of songs," he says. "I've had 16 singles and they've all had my name on them. It's the way that I've always approached it. But I want to have a single that's not mine -- put an end to the streak. I'd love to see somebody else's song go to No. 1. There are 12 songs on this record and I wrote six, although for this record, I wrote more songs than I've ever written in my life."

Bentley wrote the title track with Beavers and Dan Wilson. "Home" has been selected as the official song for Arizona's centennial celebration. "People are going through a hard time, the way the country and economy are. Hopefully it's a song that makes you believe better days are ahead," Bentley says.

The remainder of the album is a blend of romantic ballads like "Breathe You In" and such escapist fare as "The Woods" and "Tip It on Back," which Bentley describes as the flip side of "Home." "It's like, 'Times are crap right now. I'm going to drink a little more than I should and just enjoy tonight. I'm not going to worry about all that stuff. I'm just going to have a good time.'"

"When You Gonna Come Around" is a soulful duet with Little Big Town's Karen Fairchild. "I love her singing, love that band. They're so talented," says Bentley, who approached Fairchild about duetting at Capitol Records' post-Country Music Assn. Awards party. "She said she'd love to do it, so the next day I sent her the song and two days after that, she was in the studio. It was so easy, natural and fun, and [there was] good chemistry."

The closing track, "Thinking of You," features an appearance by Bentley's 3-year-old daughter, Evie, singing the final words: "Daddy's home." Wooten took the audio from a birthday video. "Luke ended up putting it on the record. Normally I'd be hesitant about something like that, but it felt like it was natural."

"What I hear when I listen to this album," Capitol's Mabe says, "is that Dierks is comfortable in the place he is in his life, and this music reflects that. He's 'home.'"


In addition to the Feb. 2 performance at the Ryman, Bentley will visit Denver, Phoenix, Chicago, New York, Boston and Washington, D.C., for special listening events through Feb. 11, and he'll do a series of live chats from each city. He's also scheduled to appear on NBC's "Today" (Feb. 7) and CBS' "Late Show With David Letterman" (Feb. 8). Mabe says CMT will run a "Bring Dierks to Your Home" sweepstakes on the TV channel, online and on CMT Radio.

Bentley will resume the second leg of his Country & Cold Cans tour on Feb. 15, but first he'll take the stage at the Ryman, reveling in how far he's come. "I'm just a singer/songwriter that loves to be onstage with a band and loves to be out on the road," he says. "I love playing music. That's the dream I've always had."Fans are also being invited to submit photos that represent "home" to them, and that'll be part of a mosaic that makes up the album cover. Bentley will select one of the submitted images and the person who sent it will receive tickets to the Ryman show and meet him backstage. "We wanted the fans to get a chance to tell the story about their home," he says. "That's the most powerful four-letter word there is."
Posted by DB Congress at 9:27 AM

Email ThisBlogThis!Share to TwitterShare to FacebookShare to Pinterest
Labels: Am I The Only One?, Breathe You In, capitol records, Dierks Bentley, Evie, Home, Karen Fairchild, mike dungan, Ryman Auditorium, Thinking of You, When You Gonna Come Around