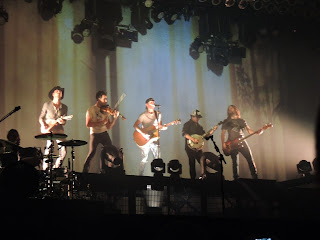 I truly dislike flying, but if there is one person that would get me to fly across the country for a show it would be Dierks Bentley. In fact, I have done it once before back in April of 2012 for two of his shows in California. So when I won tickets to Vegas for the ACMs, I put the fear aside again and booked a solo DRT flight. I mean, Dierks was playing the ACM Party For A Cause, so how could I not take advantage of the tickets? The whole Vegas experience was pretty amazing. If you love country music then you would be in heaven for three days. The real highlight, of course, was the show Saturday night at the ACM Party For A Cause at the Orleans Hotel where Dierks was the headliner.

On this trip, I met up with fellow DBC reps that I met through twitter: Shannon Bunting and Meredith Mauer. We never met in person prior to Vegas, but from the minute we met, it felt like an old friendship. I owe many thanks to these terrific ladies who were able to secure me a gold band to be in the VIP area with them. We also got to catch up with DBC reps David Watts and his wife Jamie. The DB Congress was representing in full force.

Saturday we got in line at noon to wait for Dierks and the guys. They were not going on until about 8pm, but if you are in the Congress you know getting there early is normal behavior. During that time we got to see Love and Theft, EYB and Hunter Hayes perform. The crowd thinned out a bit after Hunter, but it was still crowded. After being in the sun all day, our enthusiasm was not waning. Our energy, though, was definitely brought back up when the guys finally emerged at dusk playing "Am I The Only One".  The songs we love continued with "5-1-5-0", "Sideways" and "Up On the Ridge". Even in a parking lot in Vegas, Dierks managed to interact with his fans like he always does by handing out high fives, fist pumps and even lying on the stage to reach out to fans. 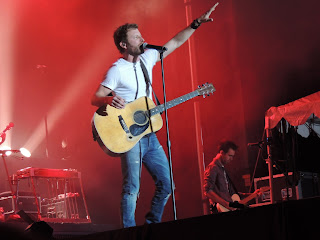 Before the show, the announcer had said that Dierks would have a few surprises for us. Well, that he did. Dierks said he "had this song in his head all day". While he was strumming a few notes on the guitar, out walked Sheryl Crow! They sang "Picture", the duet she had originally performed with Kid Rock, together. Then she sang "If It Makes You Happy". You could tell from their interactions, the two are clearly friends. They looked like they were having a terrific time together, and their good time was contagious. 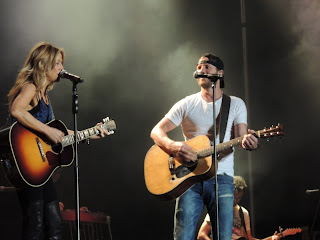 After a few more songs out came surprise #2: Tim McGraw. Tim did not sing, but rather came out to talk about Operation Homefront. This is a group that gives mortgage free homes to soldiers. A male soldier who just returned from Afghanistan was given a new home that night. In addition, they presented him and his family with a check for $10,000 from the ACM charity Lifting Lives to help get them started in their new home. Looking around during this ceremony, there did not seem to be a dry eye in the audience. All the while, Dierks was beaming. You could tell he was not only thankful for the military and their service, but also thrilled to be a part of such a wonderful moment. 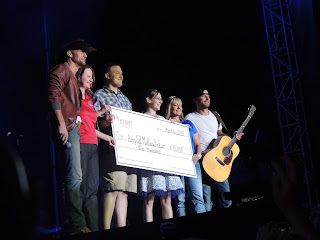 The night ended appropriately with HOME. Although it was back to my home in NY the next day, I know this is one of those trips I'll never forget and also eagerly await the next one! 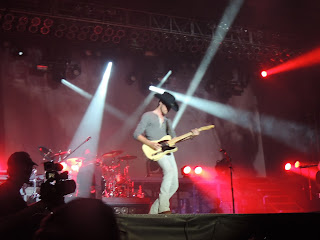 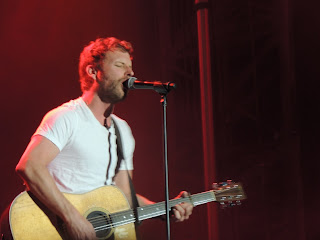 Email ThisBlogThis!Share to TwitterShare to FacebookShare to Pinterest
Labels: 5-1-5-0, ACM, Am I The Only One, Dierks Bentley, If It Makes You Happy, Operation Homefront, Party For A Cause, Picture, Sheryl Crow, Sideways, Tim McGraw, Up On The Ridge