Happy Birthday To Us, DB Congress! 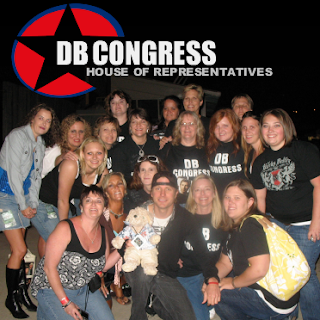 In a November 2006 interview in DeKalb, IL, Dierks said that his fan club was like his "congress." Here's an excerpt:

"I try to keep that connection with the fan club as close as it can be. To me they're like the congress of the fans. They're the elected officials that actually pay money to be in your fan club and I really listen to them and I want them to feel like they're really part of this growth and all this stuff that's happening..."


In early April 2007, "Long Trip Alone" was hovering near the top of the CMT Top 20 Video Countdown, and half a dozen of us fan club members were voting daily on CMT.com. But that was not nearly enough people, and I realized it was going to take an "act of congress" to get the video to #1.  Remembering that interview, I started the official thread (DB Congress Headquarters) in Dierksville on dierks.com. to rally other fan club members to help. And it worked! LTA spent 3 consecutive weeks as the #1 video!


We are:
We are die-hard and hard core Dierks Bentley Fan Club members who represent our state or country to support and promote Dierks every day in any way we can to make and keep him #1. We are from all 50 United States, Australia, Belgium, Canada, China, England, Germany, Indonesia, Japan, Mexico and Switzerland.


Our mission:
Our mission is to promote Dierks daily, using every form of modern media--Blog, Twitter, Facebook, email, text and word-of-mouth. We call radio and request his songs. We vote for him on various websites. We wear his shirts and go to his concerts every chance we get! Click here for "Current Campaigns.

Our history:
When dierks.com was re-launched in 2009 we lost Dierksville.  So, we started our own website, dbcongress.com, on February 1, 2009 as a way to provide a place to list our reps and campaigns and help everyone keep up with all things Dierks! I had an opportunity to meet Dierks a few days later when the "Feel That Fire" album launched and he told me he could not believe how one little thing he said three years before had become this big thing (DB Congress). In March 2009, Dierks told us he liked the name so much, he wanted to make it the name of the fan club, and asked our permission!  Of course we were honored!

We've even been published in Country Weekly a few times! 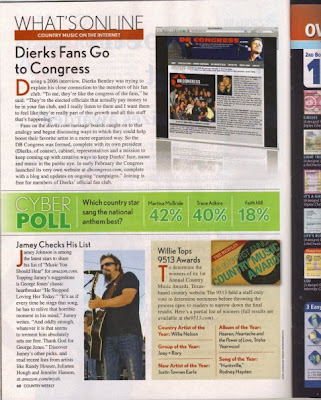 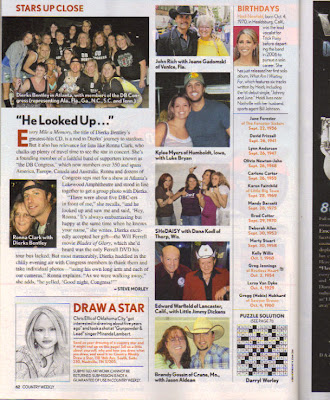 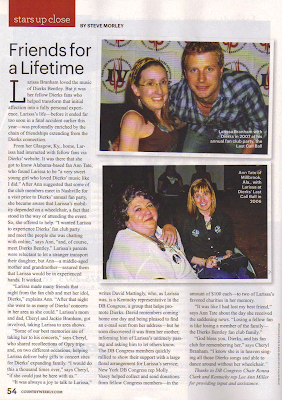 It’s an honor to serve as a member of the DB Congress and to be a Dierks supporter for life -- with no term limits! With DB as our President, there’s no tellin' what we might do, no! 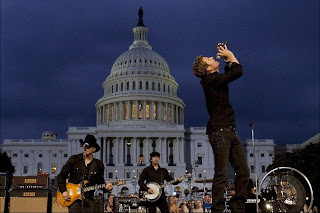 "It's been a long hard ride, got a ways to go
but this is still the place that we all call home."

"'cause same, no we're not the same, but that's what makes us strong."