"Ready tenacious Dierks? Ready, dude. Kick it off, Pickles! The opening line of 'Rovin' Gambler' on the Up On The Ridge album, has Dierks all smiles as he spends his last night in The Big Apple in Brooklyn performing with The Punch Brothers, who were featured on three of the UOTR CMA nominated recording.

The day started out with DB and TPB performing on Regis and Kelly Live before moving to South Paw to pick and grin some more. 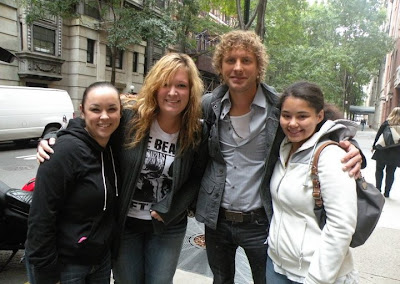 "We got up at 5 am to get in the stand-by line for Regis and Kelly. After freezing to death all morning, we didn't even get in for the show, BUT we did catch Dierks on his way out and he insisted we get a picture!"
(DB Congress Reps Beth, WA; Jayme, IL; Dierks, and Steph, MO)

CMT's Jim Allen recaps the night in this detailed article.

One of our very own DB Congress members from Delaware, Amy Shepheard, shared her personal South Paw experience with us:

"The drive to New York from my house can be unpredictable so I gave myself plenty of time to get to Southpaw in Brooklyn. I ended up getting there really early and spending a few hours with some other fan club members in line. While we were all chatting and sharing nachos from the Mexican restaurant on the corner, Dierks arrived. He waved on his way in and called us the "faithful." He smiled and said that he loved us all. 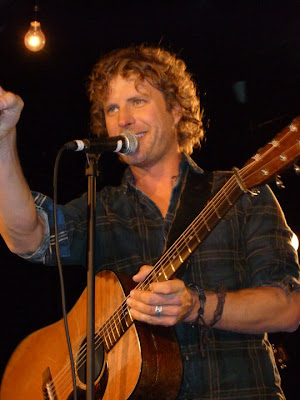 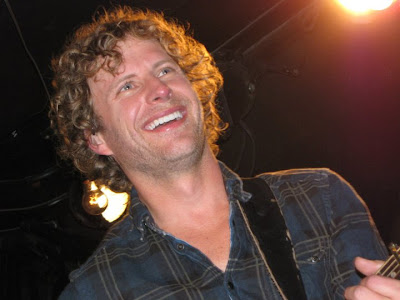 As we waited for the door to open, we could hear sound check, which was pretty neat. I had a front row spot for the show itself, which was the best show I have seen yet! The tiny venue was so intimate that it was easy for the fans to connect with Dierks. He responded to requests from the audience and even accepted drinks that were passed up from the bar.

The Punch Brothers meshed with Dierks perfectly and were equally as impressive musically. They played a lot of UOTR songs as well as acoustic versions of some of the big DB hits. The guys rounded the show out with an impromptu version of Billy Idol's "Rebel Yell" that was unbelievable. It was easy to see that the guys on stage were having a blast. No one was ready for the show to end! 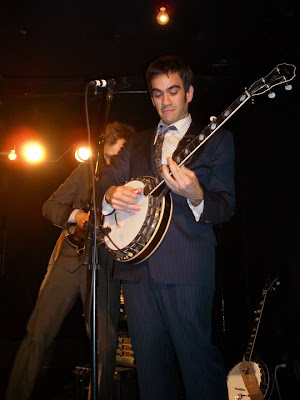 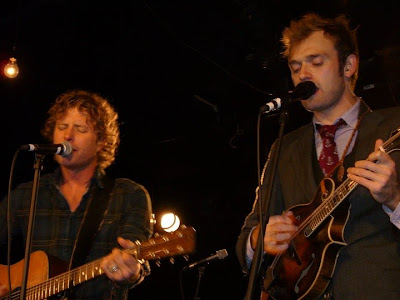 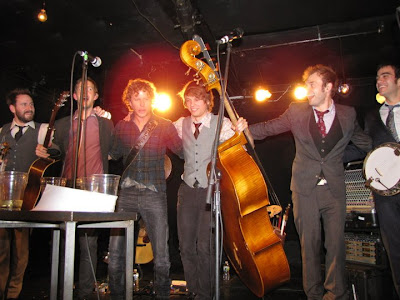 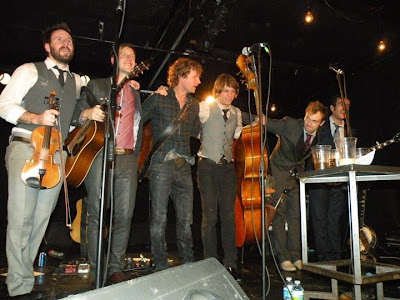 After the show, I hoped to catch Dierks outside. When he came out, he smiled and waved, and thanked everyone for coming. Then he spotted "Will Ferrell" in his pickup truck blasting "What Was I Thinkin'." The bed of the truck was full of people dancing and singing along with the stereo. Dierks laughed and ran down toward the truck, sneaking up on everyone. He jumped into the truck bed and joined the party! He spent a few minutes singing with the crowd.

As he ran toward the car waiting for him, he said, "Goodbye! I'll never forget this week!" And then he was gone, letting the party continue on the busy New York street."

After a phenomenal performance of Pride (In The Name of Love), Dierks asked Chris Thile, "Did you have the bluegrass operation?" (to be able to sing that high). Watch Chris's reply:

Hours after the show, Dierks posted on his Facebook/Twitter:

"NYC 4am w/ the punch brothers. thx for a week I'll never forget. so much fun. look forward to the next one!" 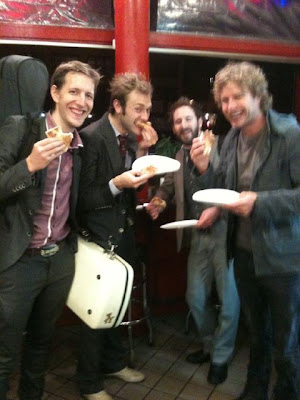